An uproar over a BBC decision highlights editorial issues 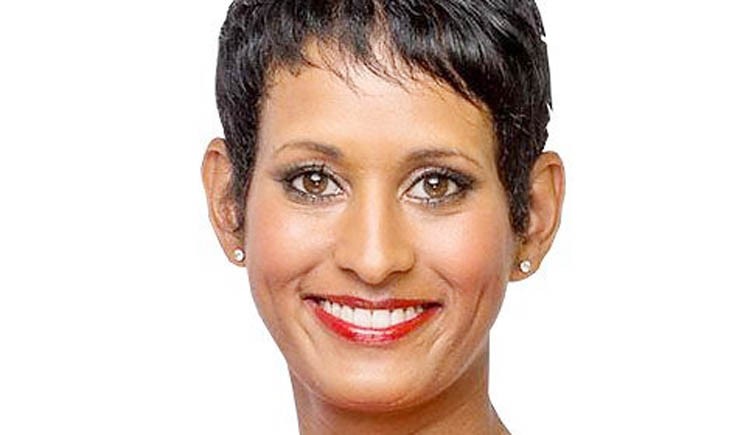 The uproar over the BBC’s recent decision to uphold a complaint against a Breakfast show presenter resulted in not just much bad press for the corporation but also in rebellion in its  journalistic ranks and then, finally, a reversal of the decision by the director general.

The presenter in question was Naga Munchetty one of BBC’s most visible non-white, female presenters. The original decision upheld a complaint against her by a member of the public relating to an exchange between the show’s two presenters regarding US President Trump’s remarks that non white American congresswomen  "should go home" to their countries of origin. Munchetty was asked by co-presenter Dan Walker to comment on this in the light of her own experience. She replied that in her experience such remarks were ‘embedded in racism.’ She also added "Now, I’m not accusing anybody of anything here but you know what certain phrases mean." When asked by Walker how it made her feel she replied "furious" and said she imagined lots of people felt furious that "a man in that position thinks it’s okay to skirt the lines by using language like that."

The BBC’s editorial complaints unit found that Munchetty had breached BBC guidelines which "do not allow for journalists to give an opinion about the individual making the remarks or their motives for doing so." But as many critics pointed out identifying racism in view of  one’s own experience is not a professional lapse – rather the finding seems a negation only of the experience of people of colour.

Another criticism was that the (white male) co-presenter who asked Munchetty the leading questions was not censured. The head of the editorial standards unit claimed this was because Walker had not been named in the complaint. This turned out to be untrue – a fact exposed dramatically by a story in The Guardian newspaper.

Many people who criticised the decision pointed out that the BBC’s decision showed a "misunderstanding of the BBC’s editorial guidelines." As an ex-BBC producer who worked there for almost two decades I completely agree with this assessment. But why, you may ask, is the BBC in such a spin over its own guidelines? I trace this confusion back to the evolution of social media as well as to the campaign by the Murdoch group to undermine the BBC and attack it repeatedly, insisting that it enjoyed unfair advantages in the industry.

I will never forget a briefing by ex-World Service head Peter Horrocks soon after he was appointed in 2009 when he basically told us, using various diagrams, that we journalists had become irrelevant ‘because social media had made everybody a journalist’. It was depressing that somebody from our profession would put so little value on the editorial intelligence and professional skills of his own colleagues. We then witnessed the degradation of news by the culling of reporters and the hiring of young, tech-savvy and journalistically illiterate individuals. Reporters, we were told, were a thing of the past. We were to spend more time putting together stories that were not necessarily news based. Many excellent reporters either lost their jobs or were sidelined, and as the people making decisions were those with little news experience, their only editorial criteria was the ‘both sides of the story’ guideline which often completely obscured the point of the actual story.

In recent years this guideline has been taken so literally that it is followed in word but not in spirit . An example of this is the number of right wing bigots invited on to national TV: the BNP’s Nick Griffin and hate spewing Anjem Chawdhry are good examples of this. And I remember that BBC Urdu TV ran a voice interview with the Pakistani Taleban spokesperson Ehsanullah Ehsan at a time the terrorist organisation’s bombing of schools was at its peak. I objected strongly to this interview but was told that it was fine to take the TTP point of view for us ‘to understand why they were targeting schools, especially girls’ schools’. (Would it have been okay to ask Hitler why he was persecuting Jews and sending them to death camps?) This unthought out ‘hear the other side’ rule often creates ridiculously false polarities such as (in the words of Misha Frazer-Carroll) "asking a person of colour to debate a racist."

The pressure exerted by Murdoch when his Sky TV empire was at its peak put the BBC on the defensive by linking its funding to its ‘popularity’ and user numbers. This confused the Beeb as to its own purpose: instead of proudly stating that it was a public sector corporation and would not be judged on the basis of cheap popularity, it started trying to compete with the private sector and being defensive about receiving government funding.

Much is often said about the ‘left wing bias’ of the corporation but in my time there I was astonished by the right-wing bias (or ignorance) of many editors who often unquestioningly toed the line of certain news agendas. But it is true that the BBC is full of loyal staffers who are committed to the idea of public service broadcasting and, as such, are perhaps not unbridled capitalists at heart.

The point is that editorial guidelines are just that: guidlines. These guide you to ensure you are not in breach of the basic principles and journalistic values of the organisation. They are points to guide the newsmakers but the editorial teams concerned still need to use their brains and their own experience.

Journalists can be asked not to be biased but it’s absurd to tell them they cannot have  opinions. We are asked to give opinions all the time, our work is informed by our experience as well as our opinions – even in the case of reporters. While reporters may not express opinions in their reports, often when they are in the field they are asked questions that want them to ‘read’ a situation, and in such a case their assessments might be considered by some to be ‘opinions.’ Presenters too cannot be minus any personality. It’s okay for them to be slightly opinionated even if purely to be provocative and encourage debate.

The BBC is wrong to try stifle its journalists: this political neutering will only result in intellectual diminishing and the erosion of news sense and editorial judgement. And it should remember that it is at the centre of a ‘culture war’, one that is being played out in many parts of the world, where solid and  traditional  news outlets are denounced by right wing, nationalist lobbies as ‘unprofessional and biased’ while their own media outlets spew hate and division and disinformation.

Less than a week after the BBC’s ruling, Director General Tony Hall overturned it. Let’s hope this bodes well for the future and the corporation stands by its own journalists and doesn’t expect its TV presenters to merely act as bots programmed to read a TelePrompter.