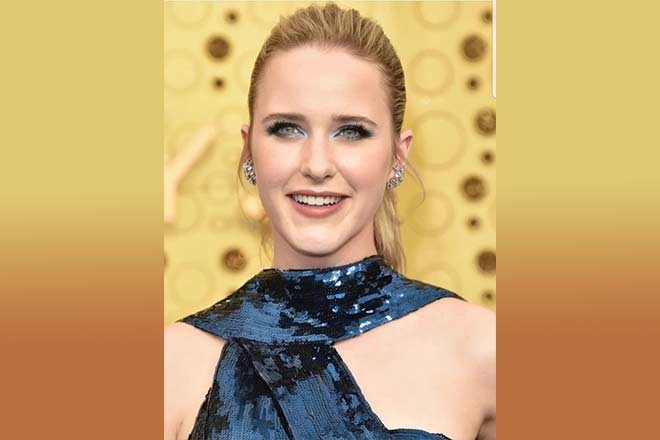 At the 71st annual Emmy Awards 2019, A-listers came together at the Microsoft Theater in Los Angeles to celebrate television’s greatest and biggest night. While the night was filled with a fair share of standout moments, the red carpet was all about stunning beauty looks. The fact is that Emmys never fail to serve up bold red-carpet looks and this year too celebrities did not miss a style beat, and brought forth many attention-grabbing styles.

From show-stopping ensembles to amazing accessories to gorgeous makeup looks to sleek and glamorous hairstyles…Instep gives you a lowdown on the ultimate hair and makeup inspirations.

The Marvelous Mrs. Maisel star, Rachel Brosnahan dazzled in a navy blue sequined gown by Elie Saab. Celebrity makeup artist Lisa Arahon went with smouldering navy smokey eyes, which began with ice-blue shimmer in the corners of her eyes and got smokey towards the outside with a little bit of metallic in it. According to Arahon, since the dress was such a beautiful colour they decided to go for a monochromatic effect and left the rest of the makeup really simple. As for her hair, hairstylist Owen Gould opted for a voluminous long ponytail.

Game of Thrones star Sophie Turner opted for a stunning pale pink Louis Vuitton gown. As for the makeup, the actress went with a shimmery pink shadow on her eyelids and light pink on her lips while her face was highlighted in just the right places to give her an overall glow and a subtle yet effective contour. Turner’s hairstylist Christian Wood styled her golden blonde tresses into a half-up half-down ponytail.  This was definitely one of the best beauty looks of the night.

Singer and actress Mandy Moore was spotted in custom-made Brandon Maxwell attire. The This Is Us actress went with glamorous, va-va-voom hair. According to hairstylist Ashley Streicher she wanted her hair to look modern and classic, and was actually inspired by ’90s supermodel, Cindy Crawford. For her makeup, Moore went with a taupe smokey eye, bold brows, and a neutral lip shade.

Emilia Clarke wore a Valentino Haute Couture ensemble and according to the star’s Instagram feed, her look was inspired by singer and actor Jennifer Lopez. While her makeup was subtle and peachy, Clarke opted for a swipe of brown lipstick. As for her hair, she let her sleek long hair down with a middle part. Clarke accessorized her gown with iridescent and teardrop-shaped earrings.

The Killing Eve actress chose a beautiful pink off-the-shoulder gown by Zac Posen and looked incredible as always. Celebrity hairstylist, Ted Gibson kept her hair up and out of the way and went with a playful, voluminous curly up do. Oh nailed the monotone makeup look and complemented her gorgeous gown by opting for a pink blush and eye shadow.

Supermodel Kendall Jenner rocked a fresh-off-the-runway look, straight out of Richard Quinn’s Spring 2020 collection. Her makeup was soft and glowy with winged eyeliner and fluttery lashes. Jenner sported a slick back up do with centre parting and her chunky diamond studs added just the right amount of sparkle to her black latex and red floral dress.