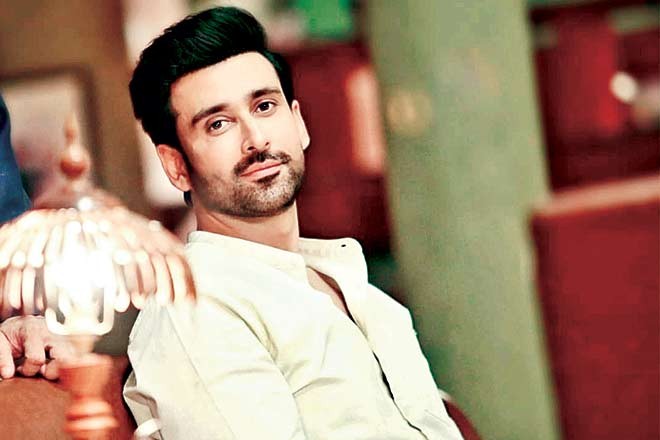 Sami Khan has established a name for himself in television and it wouldn’t be an exaggeration to call him one of the most critically acclaimed actors the industry has today. Active since the early 2000s, he has numerous TV roles to his credit that have shaped his craft and carved a strong position for him amidst an ever growing pool of actors. Presently, he is at the career juncture where he, having proven his mettle on TV, is delving into cinema.

After giving outstanding performances in drama serials Khudgarz (for which he was nominated at the LSA 2019), Aesi Hai Tanhai and Inkaar, Khan will be seen in not one or two but three upcoming films - Kaaf Kangana, Yaara Vey and Lafangey.

We managed to get hold of the actor for an extensive interview while he was in Karachi for the shoot of Lafangey, which is written and directed by Abdul Khaliq Khan. "It is a horror comedy," the actor informs, adding that the film entails the journey of four individuals as they overcome their fears and realize their true potential.

Khan comes across as a thorough gentleman. We meet at a local restaurant amidst his back-to-back meetings and shoot (I could tell how tired he was), and the first thing he asks me as soon as he enters the venue is, "What would you like to have?"

Settling down, we discuss his upcoming films that are lined up for release in the coming months. Speaking of Kaaf Kangana that is coming out on October 25, 2019, the actor shares that it is an intense love story and he will soon begin promoting the film. Yaara Vey, on the other hand, is written by Althea Kaushal and produced by a Dubai-based company, Elite Films. With a foreign crew onboard, the film is made for the Pakistani audience and features Jawed Sheikh, Marina Khan, Faizan Khawaja, Alizey Nasir, Ali Sikandar and some Dubai-based actors, reveals Khan, maintaining that he doesn’t want to put the film under a single genre since it has a taste of everything.

Earlier this year, the actor starred in action-thriller Gumm that was essentially meant for festivals; he also played a guy next door in Yasir Nawaz’s Wrong No 2 that crossed the 200 million mark, becoming the third highest grossing local film of 2019.

"Cinema is larger than life and gives enough creative liberty to artists as compared to television, which is very close to reality in Pakistan," tells the actor. "The biggest perk of cinema, I feel, is the variety of content we can have; I am able to do comedy that I never really did on TV. People like my intensity so they keep offering me similar roles on TV where the parameters are confined to domestic issues and love affairs."

However, the actor does point out that, at present, television is a more successful medium than films in Pakistan. "We have limited choices since, out of the many films announced each year, only 10 to 15 films release and the number of good films is even smaller. After Wrong No 2 and Kaaf Kangana, I am thinking of trying different things in cinema. Hence, I opted for Yaara Vey and Lafangey that gave me more margin to perform.

Moving on to television, we reflect on Khan’s recently concluded social drama, Inkaar, in which the female protagonist forgives the offender at the end. "Being Shayan, I stood by Hajra (Yumna Zaidi) in her decision but, being a human being, I think this world is about karma and we should give the lesson that it is not easy to get away with things," explains the actor, who stars as Kashif in ongoing drama Ishq Zah e Naseeb that has viewers hooked to their TV screens.

Having bagged the Best Actor nomination at the Lux Style Awards 2019 for brilliantly portraying an anti-hero in Khudgarz last year, Khan continues, "In reality, if you do something wrong, you have to pay the price. The fault lies in our dramas that have glorified villains so much over the years. No matter how big Joker (reference: Joker) becomes, he will be presented as bad at the end of the day. He will never be justified due to his dark past, even after arising sympathy in the audience."

He furthers, "We need to be very careful about what we show and what shouldn’t be discussed on TV. We should be able to judge how intelligent the viewer is; whether he’d be able to understand the sensitivity of the issue at hand or will we end up showing him new ways of manipulating people? I feel we shouldn’t be selling any issue for the sake of ratings or creating hype. One thing is to highlight an issue but it is a different thing to resolve it. Only telling about it is dangerous while resolving it is the right thing to do. Lately, we have been making dramas on limited issues. Why don’t we highlight problems of labours and other economic issues? Males in our society have bigger problems than just getting married to the love of their life; they have social pressures too. In Ishq Zah e Naseeb, what attracted me was the fact that the guy is family oriented and sacrifices for his family, which also needs to be fed to the audience."

Khan also expresses disappointment on the changing perceptions about actors with the advent of social media. He shares that we have been setting very wrong standards; he says he doesn’t like to hear that good looks are essential to become an actor, it is very demeaning to the craft.

"If we look back at our veterans, looks were never a concern but now, due to social media, we have set these criteria and everything has become very superficial. This bubble can burst anytime. In the end, it is talent that stays; if you are talented, you will be able to survive," asserts the actor. "Social media should not be there the way it is right now. I don’t have to be vocal all the time to prove my love for the country or condemn any injustices in society."

One wonders, despite the good looks and immense talent, why has Sami Khan not gotten the recognition he deserves even after over a decade-long acting career?

"Waqt se pehle aur qismat se ziada kisi ko nahi milta," insists the actor, who is a firm believer of this. "I take this as a 50-over match where you have to stick through the 50 overs. I focus on working hard with honesty and consistency while staying on the wicket."

"Everyone has a different way of dealing with things; I was never active on social media because my approach is, stars should be unreachable," he continues. "There was a trend 10 years ago that people will only see you onscreen. It changed over the years and actors started posting about their lives on Instagram. Today, people judge an actor on the basis of their followers and I lagged behind. This year, I have gotten more active and, in turn, getting more followers. I am not comfortable putting my life out there but I am doing it now. You need to change with time."

While on the subject of social media and the buzz it creates around any issue today, the actor draws attention to some of his past dramas that tackled tough subjects but weren’t noticed the same way. "We appreciate actors taking up the role of a transgender today; in Sabz Pari Laal Kabootar in 2012, my character disguised as a woman to get money. It was a very intense play. We have done these experiments earlier too but social media wasn’t as active back then," he recalls, mentioning that our audience wasn’t ready to digest it then and we even had a discussion at that time that this drama was meant for 10 years later.

On a parting note, the affable, Lahore-based actor, who is an engineer by qualification, says that this is may be just a journey for him that is teaching him and preparing him for something else in life. "You never know!" concludes Khan, an easy going and honest person with a positive approach towards life.