Law, truth and other irrelevancies 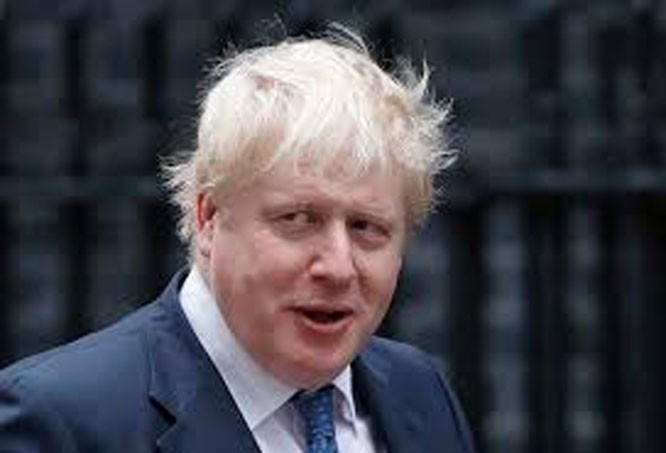 After last weeks’s astonishing Supreme Court judgement that Prime Minister Boris Johnson’s suspension of Parliament was unlawful, one thing is clear: fewer and fewer people seem to be concerned about the integrity and morality of politicians, views are polarised and alignments are becoming increasingly ‘tribal’ -- and hence irrational.

For one thing the PM has refused to resign despite the scathing judgement which basically casts doubt on his integrity. Not only does the judgment indicate his government misled the Queen by having her issue the prorogation orders, but the judgement also coincides with a very damning news story about Johnson’s links with an American woman who received £126,000 of funding during his tenure as London mayor. Jennifer Arcuri is a model turned ‘tech entrepreneur’ who also happened to be a rather good friend of Johnson -- something that doesn’t seem to have been declared anywhere (the matter is being investigated and the London Assembly has given the PM two weeks to provide details of the contract).

That a leader should refuse to step down in the face of such developments would have been unthinkable a couple of decades ago, but Johnson and his cronies are standing by this refusal quite brazenly by spinning the line that he is a man on a mission i.e. to ‘pursue a domestic agenda’. This smokescreen of improving healthcare and education in Britain has been used by Johnson from his very first day as PM, when he set out what was basically an election manifesto when he expressed a newfound concern for public services and the lot of the average Briton.

The Johnson camp insist that the PM is not guilty or culpable in any way and  remarks by his close aides are telling: the leader of the House of Commons, the rather quaint figure of Jacob Reese-Mogg, reportedly described the Supreme Court judgement as a "constitutional coup" while Michael Gove, the Cabinet Office minister, responded to opposition leader Jeremy Corbyn’s demand for the PM’s resignation in the Commons saying that "he had done nothing wrong.

"This remarkable thick skinned behaviour is condoned and encouraged by this group’s supporters – those in favour of Brexit who insist that everything that is happening now  is a conspiracy against the will of the people as expressed through the 2016 referendum. Johnson uses this conspiracy theory to good effect and this ‘people vs parliament’ or ‘elite vs the common citizen’ mantra will stand him in good stead in the event of an election. Indeed, even after the Supreme Court judgement Johnson insisted about Brexit that  "as the law stands we will leave on October 31 with or without a deal." When the BBC reporter reminded him "as the law stands we cannot leave on October 31 unless Parliament approves a deal", the PM simply replied "we will leave on the 31." Full stop. Subtext: screw the law.

There is now much talk of the Supreme Court justices ‘meddling in politics’ but one former Supreme Court Judge Lord Sumption has said the judgement – which surprised everyone was unanimous-- was revolutionary as well as deeply conservative. Revolutionary only because it had to formally uphold a long held tradition of parliamentary supremacy and the convention surrounding the intent of prorogation.

Should lies, deception and dishonesty be cause for political disgrace or resignation? Apparently not. The ‘bad boys’ of international politics, Donald Trump and Boris Johnson, remain defiant no matter any impeachment proceedings or Supreme Court judgments or scandals and they prove this behaviour can work by using the media to fuel the flames of their conspiracy theories. As both leaders are such compelling media performers, their stock in electability continues to rise.

What, we may ask ourselves, has happened to the concept of truth and morality in public life? Is integrity no longer valued?

Law, truth and other irrelevancies