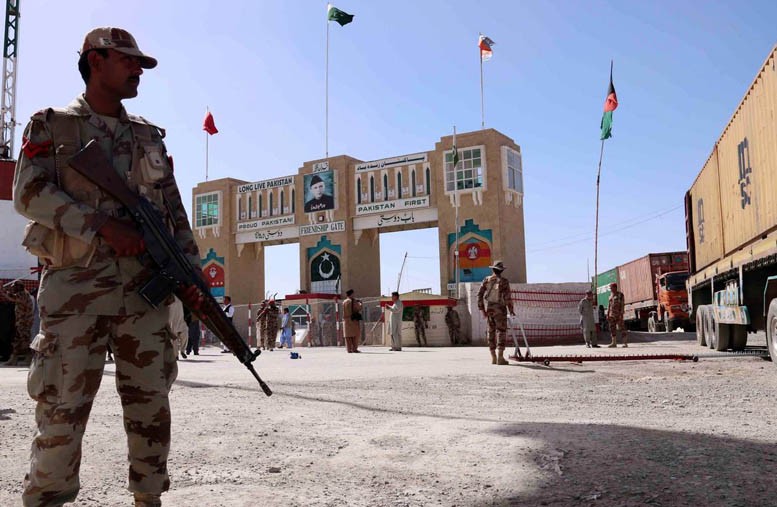 Since early 1970s Pakistan has been accused of exploiting the domestic issues of Afghanistan to its advantage. On September 19, the former chief of National Directorate of Security (NDS) and currently running as a candidate for vice presidency, Amrullah Saleh, addressed a gathering at the Afghan Peace International Conference in Afghanistan.

He hurled serious accusations at Pakistan, saying that after the killing of Osama Bin Laden in Abbottabad in 2011, Islamabad had sent a list of 11 "humiliating conditions" to Kabul.

Kabul was told that if those conditions were met, the Taliban problem would be settled within a period of six months and peace would return to Afghanistan.

Saleh said these demands were "humiliating conditions" meant to turn his country back into a protectorate. The veracity of Saleh’s allegations is unclear.

If we look at these ‘conditions’, these are the very conditions that political commentators have long speculated about as interests Pakistan has sought after in Afghanistan.

Pakistan considers and treats its border with Afghanistan as an international frontier and wants Afghanistan to concede as much.

However, Kabul has never recognised the "line" as "border". Pakistan wants access to Central Asia.

Pakistan is left with two options in Afghanistan: Incentivise Afghans or punish them. The first option demands a decisive break from the past while the second one is a continuity of the past.

Coercive means have not helped Islamabad achieve its foreign policy goals in Kabul. Taliban are widely seen as Pakistan’s proxies. So, any attack which Taliban carry out in Afghanistan is attributed to Pakistan by extension.

The militants are seen as a continuation of General Akhtar Abdul Rehman’s policy during the days of anti-Soviet resistance. In causing death and destruction in their country, Taliban are hardly helping Pakistani goals in Afghanistan. How can this situation be rectified?

Pakistan is left with two options in Afghanistan: Incentivise Afghans or punish them. The first option demands a decisive break from the past while the second one is a continuity of the past.

Policymakers in Pakistan need to do some introspection about their foreign policy goals in Afghanistan.

Pakistan’s interests in Afghanistan may be too much for Kabul to concede but realising them through employing coercive means is also asking for too much.

Pakistan’s policymakers should look at what is pushing Afghanistan in India’s fold and try to increase Afghanistan’s dependence on Pakistan. The more Afghanistan is dependent on Islamabad, the more it will care about our interests. Punishing Afghans has only helped them explore and identify new avenues in India and Iran.

Islamabad needs to revisit its goals at the court of Kabul and change its behaviour towards it. A violent demeanor has outlived its usefulness long ago. A civilised behaviour, in line with diplomatic norms and traditions, is the way forward.