Is the target set by draft Alternative and Renewable Energy (ARE) Policy 2019 to increase the 4 percent share of renewables in the national energy mix to 20 percent by 2025 and 30 percent by 2030 achievable? 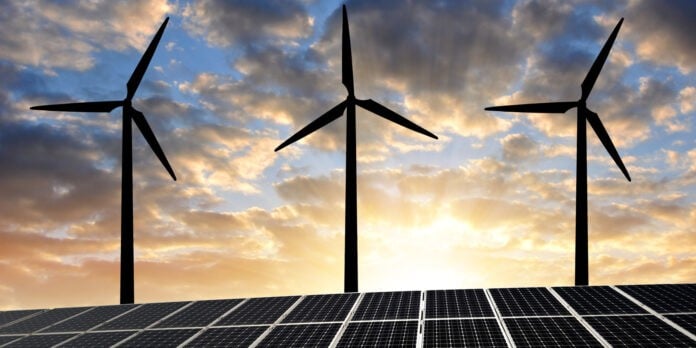 The world is making a transition to cheaper and environmentally cleaner sources of renewable energy in view of the hazardous impacts on public health and environment, high economic cost, instability in prices and unreliability in the production fossil fuel-based energy.

The government of Pakistan, too, has set itself a target to increase the current four percent share of renewables in national energy mix to 20 percent by 2025 and 30 percent by 2030. Is this target, envisaged in draft Alternative and Renewable Energy (ARE) Policy 2019 practically achievable or too ambitious to ever see the light of the day?

A number of economic, political and technological factors will determine the success in attaining the target. Policy prudence, however, precedes all other factors deciding the fate of the renewable energy target.

Policy prudence in a federation like Pakistan refers to a clear roadmap for development of renewable energy with a constitutional role for provinces in its design and implementation.

The draft ARE Policy 2019 recently finalised by the federal government and shared with several stakeholders at the final round of a two-day consultation held in Islamabad last month triggered serious concerns and apprehensions among the provinces.

The consultation was attended by many stakeholders, including the representatives of federal and provincial governments and companies owned by them, multilateral donor agencies, investors, energy sector think tanks, and leading law and consultancy firms. It was convened to enable the Alternative Energy Development Board (AEDB) to finalise the draft policy before presenting it first to the federal cabinet for its nod and then to the Council of Common Interest (CCI) for final approval.

The representatives of provincial governments, donors, private investors and energy sector experts criticised the draft ARE policy 2019 for being unstructured, contradicting various regulations and codes, and lacking a clear roadmap to renewable energy development.

Among other reported snags, shortcomings and deficiencies of draft ARE policy 2019 highlighted by different stakeholders, compromise on the rights of provinces guaranteed under the constitution stood out to dampen the hope for a major breakthrough in the country’s transition to clean energy.

The provinces, donors and investors criticised application of competitive tariffs on the renewable energy projects already started by the provincial governments. Concerned about predictability on policy horizon, the donors and investors say the competitive tariffs should apply only to future projects, not to the ones in pipeline. There are around 145 projects in the pipeline with a total power generation capacity of 8,000 MW.

These projects were at various stages of approval when the previous government’s cabinet committee on energy stopped implementation of the 2006 renewable energy policy. Out of the 145 projects started under 2006 policy, 104 projects have received letter of intent (LOI), and 19 managed letters of support while 22 are at an advanced stage of development.

While demanding incorporation of the projects in the new policy, the provinces apprehended that they will have to abandon these projects unless they were incorporated in the proposed policy.

Asserting that competitive bidding is aimed at providing cheaper energy to consumers and making an exception for the projects in pipeline will delay the beneficial impact of competitive bidding, the federal government, however, showed its readiness only to incorporate the projects which are in advance stages and decide the remaining ones on a case-to-case basis.

The provinces reportedly warned the federal agencies that if their concerns were not addressed they would raise their objection at the CCI -- the ultimate dispute resolution forum. The federal government told the provincial governments that the new policy was in final stages and could not be held back to accommodate 2006 policy investors.

Most donors and private investors endorsed the position taken by the provinces on the already initiated projects. They said the decision to apply competitive bidding to the already started projects was akin to ‘killing the investors working under the 2006 policy with a single bullet’.

Calling the proposal for ‘government-to-government’ (G-to-G) contracts flawed, they demanded that condition of competitive bidding be extended to ‘G-to-G’ contracts. They said the cost of China-financed Sahiwal coal power plant was almost double that of the ADB-funded Jamshoro coal power plant which was awarded on the basis of competitive bidding.

Meanwhile a 10-member panel of experts -- comprising former managing director of National Transmission & Dispatch Company, Dr Fiaz Chaudhry, Pakistan State Oil Deputy Managing Director Sohail Butta, Private Power and Infrastructure Board former managing director, NA Zuberi, former Nepra director, Naveed Siddique and energy sector consultants and lawyers Dr Shahid Rahim, Sultan Farooque, Irfan Ahmad and Dr Uneeb -- also criticised the draft ARE policy for trespassing on the rights of the provinces. They noted that the proposed policy was in conflict with the provisions of the constitution and had created confusion about the rights of provinces to set up power plants.

Power Division Secretary Irfan Ali said a steering committee of the federal and provincial governments would be created to ensure a greater role for provinces in major decision-making regarding the planning and feasibility of the projects.

The experts observed, however, that by completely circumscribing the role of provinces in issuing LOIs, the draft policy had confined the provinces to only developing projects to sell energy within their boundaries.

While the resources of alternative and renewable energy are mostly owned by and located in the provinces, Azad Jammu and Kashmir (AJK) and Gilgit-Baltistan (GB), the draft ARE policy 2019 proposed to be driven by AEDB appears highly Centre-centric.

Notwithstanding its potential for renewable energy -- wind in Sindh and Balochistan, hydro in Khyber Pakhtunkhwa, GB and AJK and solar in southern Punjab -- Pakistan cannot accomplish this target through a policy that imposes centralised decision-making on the provinces.

With a dominant role for the centre, the provinces, AJK and GB will be least receptive to federal implementation priorities in meeting its target of increasing the share of renewable energy in the national power grid to 30 percent by 2030.

Keeping in view the thwarted development on hydel energy projects in the wake of inter-provincial concerns and controversies on large dams, the federal government needs to be mindful of the sensitivities involved in the development of renewable energy and address the concerns of provinces on a priority basis before embarking on its ambitious plans to go green.

The writer is a student of anthropology and history