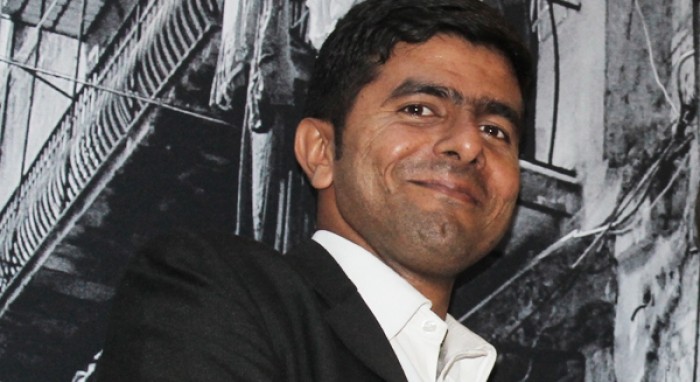 The News on Sunday: What local and international laws deal with protection for children against sexual abuse?

Iftikhar Mubarik: The Pakistan Penal Code Sections 376-377 criminalise the rape of young boys and girls. Sexual abuse of children is defined broadly to include all sexually abusive acts. Pakistan also ratified the UN Convention on the Rights of Children (CRC) in 1990, which is a guiding document relating to all aspects of a child’s life including education, healthcare and abuse.

TNS: What legal and institutional protections are available for child abuse victims?

IM: Since sexual abuse is a crime, police are the first authority which interacts with the child at the time it is reported. The police proceed to conduct an investigation, producing medico-legal record and then prosecuting the perpetrator.

TNS: Is there a separate unit in the police to deal with such crimes?

IM: No, and herein lies the problem. An average investigation officer who mostly works on cases of homicide, kidnapping and robbery will be assigned such a case, as it comes. Child rights activists advocate for a special unit within the police where officers are trained according to the complexity and sensitivity of the crime. Moreover, given the rise in the number of women employed in the police, there should be a rule that the investigation officer in all cases relating to women and children must be women. The biggest advantage of this is that crimes committed against young girls will be better recorded.

In many cases investigations are not carried out thoroughly as children fail to provide essential details because the investigations are conducted by a male officer. These children have just suffered a traumatic incident and usually consider the subject taboo. Yet, they are asked to describe where they were touched, or whether they were asked to perform certain acts. A 16-year-old girl is considered a minor but old enough to speak freely about the abuse. There is no comprehensive prevention plan.

TNS: Why are prevention plans necessary?

IM: The aim of the laws is to rectify a wrong. Hence, seeking the implementation of a law is a consequential form of justice. It is only applicable once an incident has occurred. There are no preventive measures.

IM: A comprehensive plan must be multi-layered, concentrating upon key actors within a child’s life. Child protection awareness should not be treated as a shameful topic. Rather, it needs to be added to national school curriculums for children of all ages. This awareness program must take into account local cultural and religious sensibilities of the communities especially in rural areas. Teachers can also play an important role. The UN committee has recommended that Pakistan treat schools as units from which to launch such endeavours since it is a place easily accessible by children, teachers and parents. Regular parent-teacher conferences, and specific curriculum can help parents and children be more engaged and sensitised to the growing needs of children. The state should perform its duty by airing and promoting consistent public awareness campaigns regarding child protection through mass media

TNS:  When we talk about limitations of the existing structure, what measures can be taken to counter those?

IM: Apart from schools, police and the state, I believe that religious leaders could play a crucial and effective role. The pulpit is a powerful place. Local imams wield considerable influence over the masses, especially in regard to matters of morality. The state could partner with leading religious scholars and the Council of Islamic Ideology and provide training to local imams in mosques. Places such as mosques and schools, where such issues can be discussed, resolved and prevented, must first be made safe spaces.

TNS: Is there enough focus on capacity building of officials in such departments and protection units, both government and non-government?

IM: Unfortunately, there is not. When we say capacity building we should not mean a two-hour workshop, once a year. It needs to be a long-term engagement. Police and teachers need to be trained thoroughly. These aspects are largely ignored. Teacher training institutions, labour institutions, police academies and various government bodies also have a large role in this endeavour. Alongside their regular curriculum, there should be mandatory modules taught and tested upon, relating to child protection.

Also read: Identifying the signs of sexual abuse in children around you

TNS: There are several non-government organisations working on child protection. Are there any synergies between them and the government departments tasked with protecting children? If not, what can be done in this regard?

IM: I believe these NGOs have more understanding and expertise on the matter than the state. They are more focused and are working more rigorously. However, they cannot replace state-driven actions and initiatives. What we can do is provide with initial observation and training or offer our research to them. We aim to engage media, in order to spread awareness. We work within certain communities to provide information and sensitise parents, teachers and children.

TNS: At the policy level, what are the major challenges in ensuring a comprehensive child protection program is undertaken?

IM: The problem is that there are no policies regarding sexual abuse of children. So while you may have laws, they are only relevant when an incident occurs. There are no policies to govern prevention. There should be a comprehensive policy and an action plan in every province, developed with the input of relevant government departments and non-government stakeholders. Every province should have a full-time commission dedicated to child protection. Most importantly, there need to be sufficient funds for the implementation of these laws and policies on a consistent basis.