Snowden tells the story of his life, the mass surveillance system that he helped build, and the reasons that drove him to try to bring it down 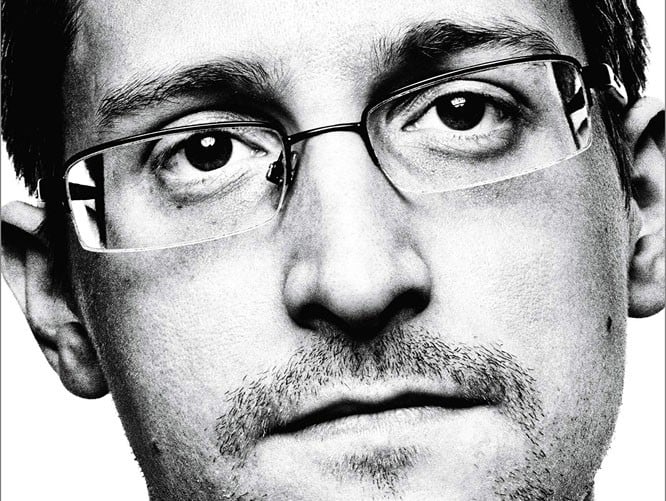 The First Amendment to the United States Constitution had added this sentence: "Congress shall make no law respecting an establishment of religion, or prohibiting the free exercise thereof; or abridging the freedom of speech, or of the press, or the right of the people peaceably to assemble, and to petition the government for a redress of grievances." Yet when this book was published, the US government filed a suit to have it banned for the alleged violations of "non-disclosure agreements" that the author had signed as an employee of the CIA and the NSA. This resulted in an increase in sales and it is currently the bestselling book on Amazon, UK, in the category of Business Biographies and Memoirs and also in Political Activism. Considering the fact that there are already two movies dealing with the life of Edward Snowden, Citizenfour and Snowden, it is surprising that the book is selling this well. Snowden has attributed the attention being given to his book to the Streisand effect, the social phenomenon of attempts to hide something making that thing even more popular. By trying to have it banned, it seems, the US government has done the publisher and the author a favour. The book itself is part biography, part manifesto of a hacktivist, and part diary. A section consists of diary entries of Lindsay Mills, Snowden’s girlfriend.

But first things first. Mark Zuckerberg takes people’s data and sells it to corporations and governments for a hefty profit. And he was Time’s Person of the Year in 2010.  Julian Assange and Snowden take the secrets of governments and bring them to the people for free. (They are treated like criminals by governments. The governments must be doing some pretty bad things that they need to keep hidden from the public gaze.)

Zero profit, at least before the royalties start coming in from this bestseller, and grave personal risks and still these digital Prometheuses bring the secrets to the people. The whistleblowers are trying to do something unthinkable but necessary. They are trying to make governments accountable or transparent to the people. If we follow the arguments put forward by Herbert Spencer in 1884, the contract between the citizen and the state can only be democratic and unoppressive if the freedom to not enter that contract also exists: "[a citizen] cannot be coerced into political combination without a breach of the law of equal freedom." He called it the right to ignore the state.

Not only do citizens of modern states not have the right to "voluntary outlawry" (to refuse the protection offered by the state in the citizen-state contract), they also do not have the right to protect their private lives from the state. The state usually argues thus: if you have nothing to hide, don’t worry about privacy. Can a citizen also give this argument to the state: if you have nothing to hide, make your offices and dossiers transparent? States exist in the name of the people and so do state secrets. The people do not have access to what is being done in their name. What kind of a logic is this? Both the parties in the citizen-state contract have to be equally secretive or transparent for the contract to be a contract of freedom. It seems it has become a contract of oppression because one party, the state, claims special privilege. This is what modern citizens face. A contract that was originally voluntary for the citizen has now became mandatory, involuntary and oppressive. Snowden fights for the citizen: "I used to work for the government, but now I work for the public. It took me nearly three decades to recognize that there was a distinction…As a result, I now spend my time trying to protect the public from the person I used to be--a spy for the Central Intelligence Agency (CIA) and National Security Agency (NSA)." He states his position this clearly in the preface to the book.

The book itself is a very personal one. Along the way, the reader learns that Snowden suffers from epilepsy which he might have inherited from his mother who has grand mal seizures. It is these human touches which make Snowden the hacktivist, an ordinary human being of flesh and bones and not the personification of the monstrosity that the governments of the world want us to believe he must be. The medical condition has also been portrayed in the movie Snowden. This humanising touches -- being epileptic and being in a straight and steady monogamous relationship with one woman -- give the story the kind of moral capital that other whistleblowers do not have.

Assange has been accused of a crime that exists in the Swedish legal system as "sex by surprise" and Bradley Manning has transitioned to being a woman and is now called Chelsea Manning. This makes Snowden look like Nelson Mandela of whistleblowers, a figure of dignified dissent, a sound mind, working for the people despite his epilepsy. In his book The Politics of Moral Capital, John Kane discusses this relationship between the existing order and the moral capital of the dissident by giving the example of Mandela, among others: "The individual in such circumstances must be able to acquire and mobilize moral capital that crosses a great many constituencies that may have in common only their opposition to the existing order."

What Snowden is trying to achieve is commendable because he is trying to bring some semblance of equality between the citizen and the state and he is doing so by remaining otherwise on the right side of the moral universe. He is not Reinaldo Arenas, he is not Assange, he is not Michel Foucault: instead, he is an average Joe with extraordinary intelligence - plagued by epilepsy.