Story of a strange and innocent child, reminding us to affirm all that is bewildering and boundless 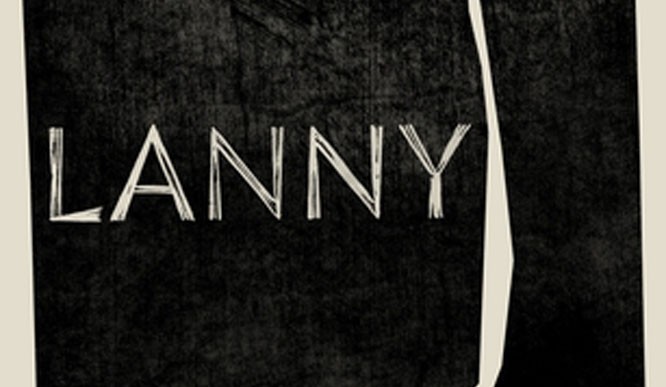 Though ostensibly, Lanny is a novel about a child’s disappearance and possible kidnapping, its evocative undercurrents are what give this text its vitality and its effervescence. Set in an English village, replete with all the quaint trappings of traditional country life, it includes characters like Ancient Peggy who holds court at her gate, gossipy and mendacious, and Pete, the resident artist of the village who is brusquely dismissed as an old kook. Porter relies on these archetypes only to colour anew with his singular approach to the form of the novel. His characters go about their routines with some degree of regularity, but there is a muttering, irascible presence, hissing behind septic tanks, ensconced in rabbit holes and coils of ivy, who threatens to upend it all. The latter can be seen as a local manifestation of a hallowed revenant of the English woods, known as the Green Man.

The Green Man, part of British and Celtic myth and a pre-Christian nature spirit, is a tenacious folk character who symbolises the natural world. In Lanny he appears as Dead Papa Toothworth, and is powerfully etched by Porter, appearing most frequently as the voice of underlings, gossipy and surreptitious, sinuously evading detection yet all-pervasive; "He has been represented on keystones, decorative stencils, tattoos, the cricket club logo, he has been every English trinket and trash, moral for cash, mascot and curse. He has been in story form in every bedroom of every house of this place. He is in them like water. Animal, vegetable, mineral. They build new homes, cutting into his belt, and he pops up adapted, to scare and define. In this place, he is as old as time."

Toothworth’s most powerful function in this text is as an emblem of nature’s delightful stubbornness, how it adapts with a kind of bloody consistency to humanity’s criminal laxity, thorough ruin, time and mankind’s cavalier and incessant usurpations. As a spirit, Toothworth is disarmingly impious, wickedly brash and awash with tell-alls about each of the village’s residents, his is a musical and tempestuous soliloquising.  It is when he declares young Lanny, as his ‘favourite’ that the novel begins its descent into a kind of phantom-glade, where reality is stripped of its patina to reveal a thronged and noisy underworld. Porter’s writing is wonderful in that it is not afraid to be divisive, since his prose is keenly abstruse, and appears as energetic word art in Lanny. Porter writes a line that can be described as proper prose-poetry, a form that is written using the regular sentence-line of prose but is essentially poetic, in that it is full of rhyme, metaphor, repetition and hums with the sound of poetry, and is explicitly devoid of linearity. There are few contemporary writers who would attempt such a break from form, but herein lies Porter’s characteristic charm.

If Toothworth expresses disenchantment with human foibles and their various messes, both emotional and corporeal, Lanny is the vocalist of wonder here if you will. He is often described as dancing into rooms and is continually surprised by the worlds of animals and the sea, sprouting questions to his mum at every turn

"Do youuuu know, he says, that clownfish are all born male and when the queen dies one of the men turns into a female and becomes the new queen? So what came first, male or queen?"

Lanny’s naivete and his ravishing imagination are fair game to the villagers, who see him as the consummate oddball, a child who displays a worrying kind of exhilaration for life and perhaps a regard for those beyond it, as he chatters away to unseen entities and dreams richly, swapping his human form for forms that are freer, and inherently instinctive;

"I was a deer, inside a deer looking at me, wondering if I was an animal. My bones felt lower and stronger, springy, my eyes were deer’s eyes but I could see me inside the deer and I thought a ‘human boy!’ and I was excited and really really worried at the same time. There was a bang and I was pulled backwards, caught in barbed wire or metal teeth or something and my leg was ripped up and the bone was showing through. The deer were all watching me and couldn’t help me because they were deer.."

Lanny, then, is a child-shaman of sorts who is the reverent vehicle through which earth expresses its grief. Lanny as a novel functions as a powerful defence of nature, its central thesis and subtextual motifs aim to provide a voice to the explicitly voiceless and to those whose speech is perhaps considered arcane or stilted or irreparably ‘mad’. It is in Lanny’s invocation of Dead Papa Toothworth that the text finds its locus, and it is an engagement full of big questions, such as the decay of nature, a community’s response to an outsider,  and the desensitisation of the world at large. Though Porter’s writings have often been reviewed as ‘meditations’, and have been lauded for their construal of language, an undertaking both wild and graceful, his concerns are serious and touchingly human.

In Lanny, the story of a strange and innocent child serves a tender lesson, reminding us to affirm all that is bewildering and boundless, both within us and without.