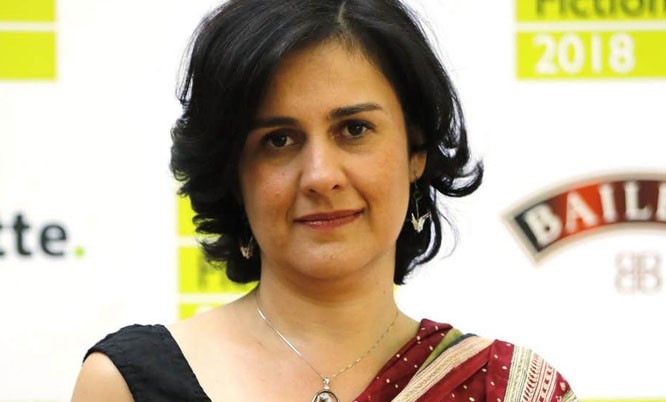 The world was stunned when, earlier in 2019, Birmingham Civil Rights Institute in Alabama revoked a human rights award it was planning on giving to the iconic Angela Davis. Apparently, her long-term support of justice for Palestine was an issue. About a month earlier, Marc Lamont Hill was fired by CNN within 24 hours after giving a speech at the United Nations (UN) in defence of the Palestinian rights. The list of those who’ve lost their jobs over the Israel-Palestine issue is long.

Israeli historian Ilan Pappe, among others, cannot work in Israel any longer. The Israeli government boycotted the opening of Paris Film Festival it initially helped fund because Foxtrot directed by Samuel Maoz was being shown in it. The film is considered controversial by the Israeli government specifically because of a scene in which Israeli military covers up the deaths of a carload of Palestinian teenagers. Despite winning 19 awards and 20 nominations, the film is not available on DVD in the United States (US). Everyone knows of the treatment meted out to American political scientist Norman Finkelstein, who in 2008 was banned from entering Israel for 10 years for criticising Israeli policies. Finkelstein continues to fight for justice. When it comes to defending Israel, the lobby doesn’t flinch from tarnishing the image of a person like Alice Walker.

It is in keeping with this tradition that the lobby has gone after a British author of Pakistani background this time, Kamila Shamsie. Last week, a German jury reversed its decision to award her the €15,000 (£13,000) Nelly Sachs Prize. The award was initially announced on the sixth of this month. The decision was apparently taken due to her support for the Boycott, Divestment and Sanctions movement (also known as BDS). BDS is a Palestinian-led campaign promoting various forms of boycott against Israel until it meets what the campaign describes as Israel’s obligations under international law.

The movement was started by the Palestinian people living in a discriminatory system that resulted from the ongoing colonisation by the Israelis. This is a people’s movement relying on partnership with ordinary people all over the world in order to build moral pressure. It is styled after the Anti-Apartheid Movement started by South African exiles in London in 1959, which opposed South Africa’s racist system. When the UN Special Committee against Apartheid was created as a result of Resolution 1761, all western nations refused to join the committee. It took Ron Dellums, the congressman from California, over 16 years to persuade his fellow lawmakers to place US economic sanctions against South Africa’s white minority government in 1986. The American lawmakers finally caved in because the People’s (Anti-Apartheid) Movement had begun gaining traction among artists, musicians, authors and the public in general.

The fact that actress Scarlett Johansson chose to affiliate with Soda Stream instead of Oxfam is not unparalleled. Ray Charles and Frank Sinatra had also chosen to disregard the cultural boycott of South Africa during Apartheid. However, history has taught us that the People’s Movement in South Africa couldn’t be defeated. In the same manner, the cheerleaders for Israel’s colonialism will employ all forms of fear tactics and tools of intimidation to discourage and punish those who stand up for Palestinians. The efforts to cancel music concert by Roger Waters in Germany are an example. But for how long?

The fact that Scarlett Johansson chose to affiliate with Soda Stream instead of Oxfam is not unparalleled. Frank Sinatra had also chosen to disregard the cultural boycott of South Africa during Apartheid. However, the People’s Movement in SA couldn’t be defeated.

There’s an acutely telling moment in Molly Antopol’s otherwise average collection The UnAmerican: stories (2014), in the last story, Retrospective, as the Israeli husband of a young American woman recalls their first visit to his wife’s eccentric art-collecting grandmother in Jerusalem. At the time of the visit they are working on their respective theses, the husband, on a Hebrew poet, the American wife, on an Arab poet. The grandmother berates and mocks the husband when she hears of the Hebrew poet, now deceased. As the wife begins talking about her work on the living Arab poet, the grandmother quickly changes the topic, curtailing the visit abruptly. The word Palestine is never even mentioned once. Now replace the Arab/Palestinian poet with the BDS movement and the American woman with the novelist Kamila Shamsie in the story. The socialite grandmother, with the powerful jury pulling the plug on the award being snatched from Kamila Shamsie. The story, Retrospect is an allegory of warning -- of political retribution.

Aside from the punishment angle, the revoking of the award raises other issues. For example, the past recipients. Do all the recipients oppose BDS? Margaret Atwood, who won Nelly Sachs in 2010, for example, also accepted the Dan David award which is connected to the Tel Aviv University and hence the government of Israel - despite pleas from activists from all around the world, including students in Gaza. She came under fire but defended her decision to not join the cultural boycott of Israel. Recently, she was taken to task by African American intellectuals for allegedly appropriating the experience of African American women for her novel The Handmaid’s Tale.

Speaking of hounding, Salman Rushdie was once accused by Hillel Halkin of anti-Semitism, while Halkin was reviewing his novel Moor’s Last Sigh. In that novel Rushdie had pointed out a growing political and military collaboration between India and Israel since Rajiv Gandhi, resulting in Israel’s willingness to offer her expertise in ethnic cleansing in Kashmir, predicting India’s slide towards fascism.

If ‘the lobby’ can go after Angela Davis and Salman Rushdie; they can certainly go after Kamila Shamsie as well. But they are wrong. In going after her, they have shown to the world their pettiness. Apparently they cannot see that they will not be able to defeat a people’s movement. By revoking this award they have, inadvertently, made the movement more significant.