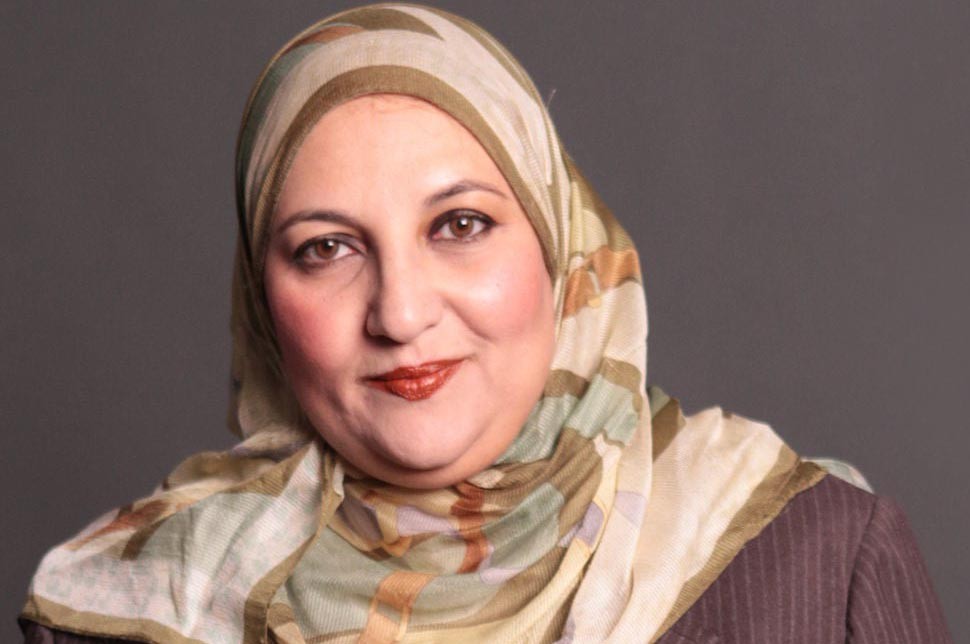 Being a communication scholar, a feminist, and an expert on Middle Eastern affairs is a rare combination. Dr Sahar Khamis, who teaches at the University of Maryland in the United States, happens to be one such scholar. She can speak authoritatively on all these issues. As a feminist who cares about the role of women not only in the Middle East but also in other societies, she keeps a keen eye on women’s rights and their status in the modern Muslim world. The most recent book that she has co-edited, Arab Women’s Activism and Socio-Political Transformation: Unfinished Gendered Revolutions offers a daring narrative on the status of women in the Arab region. She is also a known media scholar who is concerned about the growing intolerance and the increasing restrictions on journalistic freedoms in the Arab World. Dr Khamis has served as the head of the Mass Communication and Information Science Department at Qatar University. She was a Mellon Islamic Studies Initiative Visiting Professor at the University of Chicago. Her two co-authored books discuss the multiple roles of digital media in the Muslim world and their effects on the political, social, and religious spheres in the region. From democracy to freedom of expression to feminism, she offers a candid and scholarly opinion in this interview on critical and sensitive issues affecting Muslim societies at large. Excerpts:

The News on Sunday: Educated and professional women are struggling to find a place in Muslim societies which fail to accept them as equal partners in the community. Women journalists in several Muslim countries, for example, are target of humiliation, verbal abuse, and sexist comments on social media. How do you view this situation?

Dr Sahar Khamis: When women try to enter the public sphere in many of these countries, they become targets of intimidation and humiliation. These attitudes result from misogyny and stagnant social traditions which try to limit women’s role to the traditional, private sphere.

Shaming, insulting, as well as using sexual harassment and verbal abuse are all techniques used to keep women out of the public sphere. Women must fight back and prove themselves despite these challenges in our societies.

I think we need to understand our religion in a better way. It is not Islam which suppresses women. What suppresses them is the wrong interpretation of religious texts. These interpretations usually result from narrow-minded and patriarchal attitudes in society. Women must educate themselves religiously. We also need more women scholars in the field of Islamic studies who can offer insightful and informed interpretations of religious texts, in a way which upholds women’s rights and protects their dignity.

TNS: You talk about plurality and diversity in feminism. How do you differentiate between Western feminism and Arab feminism?

SK: Feminism is usually narrowly defined as Western feminism, which is generally viewed as the only form of feminist thoughts. However, there is no one-size-fits-all feminism or activism.

There are several types of feminist waves around the world, including Western feminism, Islamic feminism and Arab feminism, which are each contextualised within the specific political, social, economic, and cultural conditions of a society or nation.

The basic idea behind feminism is supporting gender equity, protecting women’s rights and preserving their dignity. It is crucial to accept women’s right to be at the table. If women are not at the table, they will be on the menu. I think that women have been on the menu for a very long time, and it is certainly time for them to be fully present at the table.

TNS: Several experts predicted that the so-called Arab Spring will be a catalyst in bringing political change in the MENA (Middle East and North Africa) region, but that did not happen, except in Tunisia. What is your analysis? Also, do you see a political transition from monarchy/dictatorship to democracy in the MENA region soon?

SK: Every country has its own political and economic structures and conditions which led to different outcomes of their mass movements. For example, Tunisia has different consequences because of its smaller population and a higher literacy rate (90 percent). Additionally, there was no foreign intervention in Tunisia’s case. Ultimately, these factors resulted in better outcomes in the Tunisian case.

In Syria, on the other hand, many different countries were involved with different agendas. It also has many sects having conflicting objectives and clashing interests, pulling them apart from one another. Likewise, Libya also had sectarian strife, and of course, Yemen is affected by war. Egypt relapsed to a more repressive military dictatorship mode, compared to Hosni Mubarak’s era, while Bahrain had a suppressed and highly invisible revolution.

There are several obstacles on the way to democracy in this region. I think the fact that 70 percent of the Arab population is under the age of 30, and many of them are technologically savvy and good at using new media is very promising. These young people are our agents of change and our hope for democratisation in this region. How soon will this happen depends on the various challenges and conditions facing each country.

TNS: There is an overall trend in the world to curb the freedom of expression. Journalists have come under extreme pressure and in several cases they have been subjected to violent attacks, even assassinations. How do you analyse these trends, especially as they relate to the Arab world? Do you see any hope for improvement soon?

SK: The Arab world does not have a good record when it comes to the freedom of expression. Again, the conditions that determine the intensity of freedom, in general, and freedom of the press vary from one country to another. Organisations, such as Freedom House and the Committee to Protect Journalists have recorded some of the worst kinds of intellectual suppressions and curbs on journalistic freedom in this region. The brutal murder of Saudi journalist, Jamal Khashoggi, is just one example. There are also several women’s rights activists who are jailed in Saudi Arabia. Egypt has 60,000 political prisoners, many of whom are activists, journalists and bloggers. As we can see, the picture in the Arab world is not promising when it comes to the freedom of expression and press freedom, unfortunately.

TNS: Compared to the western media, the mass media in the Middle East and other Muslim countries have not developed. What are the reasons?

SK: There are so many challenges facing the Arab media and one of the most critical problems is dictatorship and autocracy. Greater government control of the media leads to less credibility for journalists and media organisations. Media outlets face several economic challenges in many parts of the Arab world. Additionally, infrastructural constraints and lack of appropriate education and training for journalists in Arab nations also pose significant challenges. This situation leads to diminished professionalism. The media industry suffers on account of these factors.

“Journalism is my profession; fiction is my passion”