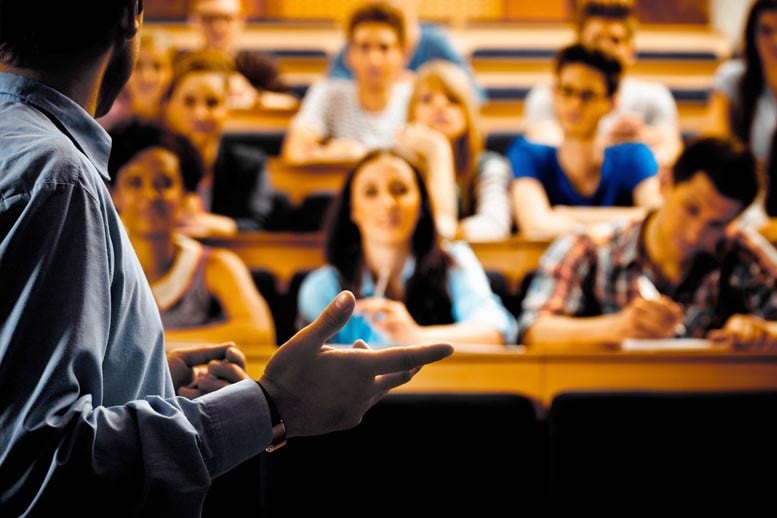 A couple of weeks ago, Mr Shafqat Mahmood, the federal minister of education held a dialogue with quite a large gathering of academics and scholars at Iqbal Academy, Lahore. I was also persuaded to join in. Several issues were flagged up by the audience in that interaction and Mr. Mahmood dealt with every issue in a very mature manner. One of the assertions emphatically put forward is the theme of our discussion today. It was about the introduction of Urdu as a medium of instruction. Many of those present voiced favourable opinions for Urdu to be the only language for imparting education in our multi-lingual polity. Urdu was also projected as a potential source of harmony in Pakistani society, which is riddled with social and lingual fault lines. My own position is that Urdu is the lingua franca for a vast majority of Pakistanis but its acceptability as a medium of instruction is highly contested across lingual and cultural divides.

Mr Mahmood said he was cognizant of the need for a single medium for education because the anathema of socio-cultural polarization can only be done away with, if we have a single medium of instruction. Madrasa students can’t interact with their counterparts from an English medium school, he said in all earnestness. And it is an incontrovertible fact. In view of the social divisiveness, that multiple systems of education are fostering, Mahmood told the audience, a decision had been taken to make Urdu the only medium for imparting education up to primary level. He said the government would make sure that every school complied with this directive. Granted that Mr Mahmood’s concern of is justified, the problem lies with prognosis, particularly at the practical level. Nothing is more important today than education reforms, and the issue of language is of paramount importance in this regard.

After listening to the views of several scholarly figures, which were conspicuously similar in their tenor and content, I too broke my silence. None of the post-colonial states have, until this time, opted to impart education in local language(s). Except for an odd exception, all have stuck with English (or their former colonial language) as the medium of instruction. In Afro-Asian post-colonial settings, the societies comprise of multiple cultures as well as myriad lingual groups, and thus, picking any one language as the sole medium of instruction is likely to become a contentious issue.

Nigeria has almost 250 languages and dialects and most of these languages have equally rich cultural history. Therefore, assigning the role of the medium of instruction to anyone language would unleash internecine differences between the concerned groups. That probably was the reason renowned Nigerian writer Chinua Achebe (1930-2013) very strongly advocated that all education ought to be given in English. Without alluding to specific case, I will endorse Achebe’s assertion, considering the advantage that English enjoys, as a neutral language. Culturally, it is equally distant from all tribal groups and clans involved. Therefore, one can argue that English should be indigenized and adopted instead of being discarded altogether. That was exactly what I said to the minister.

To make a mockery of my submission, someone remarked that English might as well be elevated a national language. Thankfully, such semi-serious elements were not appreciated by the audience. My suggestion was that all the major languages including English, should be declared national language. Post-colonial societies are so configured that no language would acquire acceptability on its own. Thus, English is a language we cannot do without. Otherwisethe society will, in all probability, recede into intellectual regression. The local languages are undoubtedly very important but many of them have yet to acquire the capacity needed to become a medium of instruction.

They have a long way to go in order to achieve that level. Ngugi waThiong’o, an award-winning, world-renowned Kenyan writer and academic, once decided to write in Gikuyu, one of the 42 languages and dialects spoken in Kenya. Later he had to revise his decision and resume writing in English. That must have been a tough decision to make because he had earlier mounted a vigorous campaign for ‘decolonising the mind’. Ngugi had zealously argued that local languages were central to a people’s definition of themselves in relation to their natural and social environment. But then the reality struck him; English was the most effective recourse for his artistic articulation.

One must acknowledge the fact that the Western knowledge and epistemology have its roots in Greek and Latin. These classical languages still act as a firm foundation on which the edifice of current European languages rests. Arabic, Persian and Chinese are culturally very rich, with long traditions and their own knowledge systems but somehow, they too have been unable to function on their own. The knowledge systems that these languages epitomized, have been elbowed out in the 18thand 19th centuries by western knowledge through the agency of colonialism. Of course, one cannot justify whatever colonial powers did, but that is not the point here. Nevertheless, I must reiterate the fact that the post-colonial being is bound to carry the colonial baggage.

Another significant point pertains to the issue of standardisation of local language(s), like Punjabi which have several dialects each. Whenever a language becomes an official vehicle of expression or is introduced as a medium of instruction, standardization becomes imperative. Consequently, some dialects are either marginalized or totally excluded. Thalochi and Jhangochi dialects of Punjabi have already lost their original touch. Similarly, the Haiderabadi dialect of Urdu barely exists now. That breeds disharmony and foul feeling among the people who had once claimed adherence to a single language. I conclude this column by pleading that discarding English is not a workable proposition in Pakistan where 73 languages and dialects are spoken. 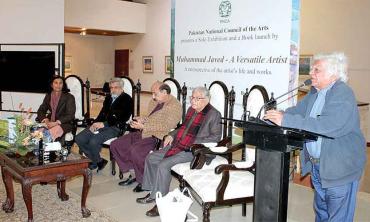