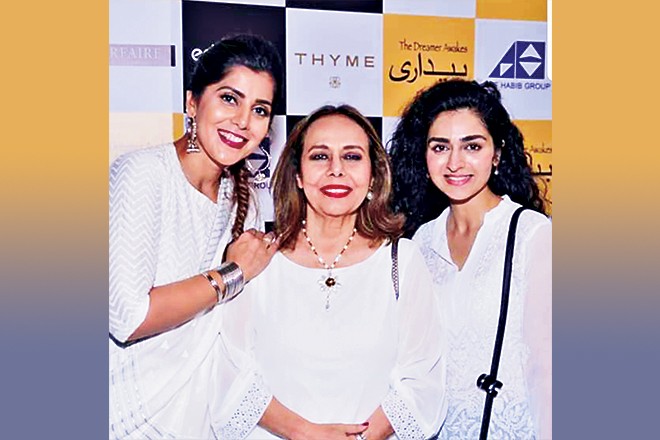 In the absence of anything film related, this past week was a mixed bag of events including a book launch, Pakistani celebrities lending their full support to social causes and much more. Internationally, we were looking at the Creative Arts Emmys as well as fashion weeks, which will set off in Pakistan this week. Instep gives a lowdown on what kept A-list stars busy in the last seven days.

The launch of Beydari took place in Karachi last week at the Arts Council. The book, which has verses in English and Urdu, is co-authored by playwright Asma Nabeel of Khaani and Surkh Chandni fame and actor and writer Beo Zafar, who appeared in Asim Abbasi’s debut film Cake. The event was a star studded affair with celebrities such as Anwar Maqsood, Imran Ashraf, Fahad Mustafa, Hajra Yamin, Sanam Saeed, Amna Ilyas and others in attendance.

Ali Rehman Khan, who essays the role of Kabeer in one of the latest releases Heer Maan Ja and is presently starring in two drama serials, Khaas and Bewafa, recently joined hands with The Citizen Foundation (TCF) as Goodwill Ambassador. The actor will not only support their mission to provide quality education for the less privileged but will also work towards creating education opportunities for children regardless of their caste, creed, religion or ethnicity.