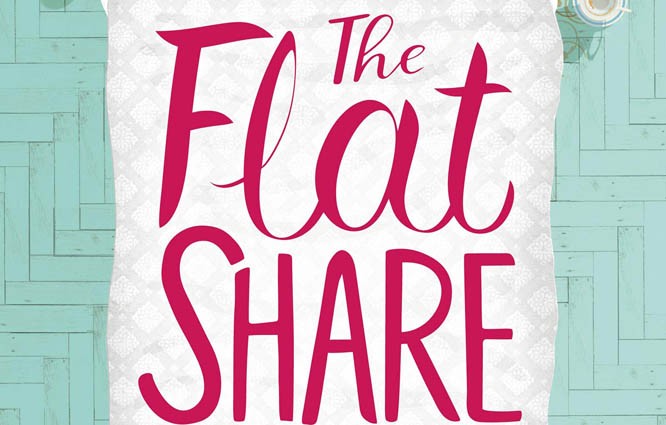 The Flat Share by Beth O’Leary belongs firmly in the genre often disparagingly called "chick-lit" (now rebranded as "women literature"), but that I prefer to call "awe-inducing" lit. It has all the ingredients of a rom-com starring Hugh Grant, just on paper instead of celluloid. A slightly ditzy, quirky heroine, a dark (literally) and brooding hero, a polished smarmy villain, and a host of friends armed with clever one-liners. O’Leary has even thrown in a precocious child with a terminal illness and a pair of long-lost lovers for good measure.

Yet O’Leary manages to lift this fairly clichéd band of characters through a clever story twist. Tiffy and Leon, the hero and heroine, respectively, share a bed, but they’ve never met! Responding to an unusual flat-sharing advertisement Tiffy, a DIY book editor who is strapped for cash, finds herself sharing a flat (and a bed) with an unknown and unseen Leon who works nights as a palliative care nurse and only uses the apartment while she is at work. The two of them slowly get to know each other through items left around the house (Tiffy’s humongous collection of wacky dresses, Leon’s unexplained trash bags full of knitted scarves, Tiffy’s retro lava lamp). As a means of communicating about things such as the toilet seat and cleaning up, the two begin to write each other notes that are left around on post-its. These notes expand into amusing, rambling conversations (largely on the behest of the garrulous Tiffy) and the two go from flatmates to pen pals to each other’s emotional sounding boards, all without ever having set eyes on each other.

What is particularly fun about this is that the reader also gets to know the madcap Tiffy and the almost monosyllabic Leon alongside them, sharing in the fun of finding these handwritten notes (something lost to us with our instant messaging smartphones).

O’Leary got the inspiration for this particular plot device from her own time living with her boyfriend while he worked a hectic night duty as a doctor. During the time she barely saw him but picked up hints about how he was feeling on any particular day by the things he left around the apartment.

Along with toe-curling sweetness, the story explores darker themes such as the unfairness of the criminal justice system, gaslighting and trauma. These add unexpected depth to the story and are a complete change from the sugary teapots-cupcakes-and-cottages British romances we’ve been fed for the past many years. That doesn’t mean that we aren’t treated to a romantic jaunt to the seaside and a handful of Bollywood-worthy collisions that land Tiffy in Leon’s strong arms (you can almost hear violins and a crooning chorus in the background).

This weekend turn on some Sinatra, grab yourself a doughnut and dive into the book that’s being described as "Sleepless in Seattle for the 21st century".

My one quibble with the book is the incredibly succinct descriptions we get of the character’s appearances. Any book that absorbs a reader fully is one that makes you feel like you can see and hear the characters as you go through the story. I felt a bit short shrift on that front as even Tiffy, the main character, is just described as tall, redheaded and weirdly dressed (basically a female Archie Andrews for all we can tell).  O’Leary does spend a lot of time detailing Tiffy’s whacky outfit choices (think Raggedy Anne crossed with Kate Spade) which I particularly enjoyed.

To sum it up, if you’ve had a bit of a trying week with too many doses of reality, this is the book to pick up. This weekend turn on some Sinatra, grab yourself a doughnut (pink, with sprinkles) and dive into the book that’s being described as "Sleepless in Seattle for the 21st century". And if you find yourself suddenly wanting to take up crochet and mooning over a hero who would put Prince Charming to shame, don’t say we didn’t warn you.