Putting the ‘U’ in education

Revising the curricula of public schools in a much-needed and welcome step. However, taking away parents' choice by pushing out and eliminating widely accepted and well-respected foreign school certificates is ill-adviced 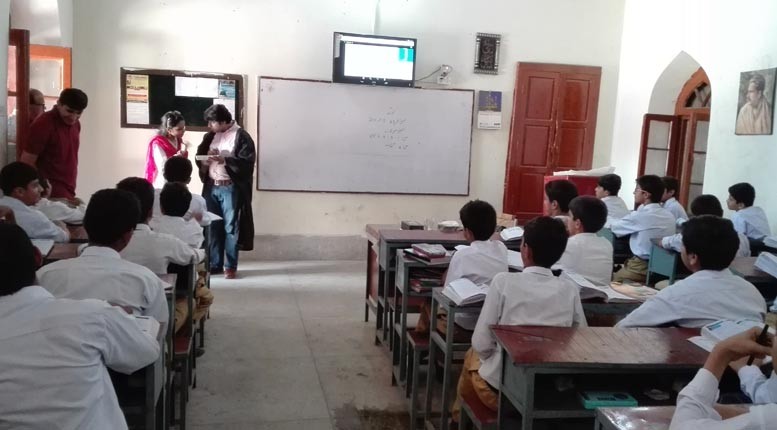 The public has been watching the spectacle of U-turns up on U-turns being taken by the PTI since before the 2019 elections, the GIDC (Gas Infrastructure Development Cess) issue being only the latest episode in that saga. On education, we have already seen at least two U-turns since the PTI came to power, and to which very little attention is being paid.

Momentous changes to the school system have been in the works while our attention has been monopolised first by the game of to-IMF-or-to-not-IMF, the rupee falling against all currencies like a rock, the IMF negotiations, the 2019-2020 budget, and now the GIDC issue.

In a pre-election comparison of the three major parties’ education policies in their manifestos that appeared in these pages on July 8, 2018, the PTI spelled out its intention to change the medium of instruction at all schools, colleges and universities to Urdu, scrap school certifications other than the government’s and scrap qualifications such as the IB, IGCSE, O/A-levels, etc. (http://tns.thenews.com.pk/education-manifestos/). However, pre-election rhetoric is just that, rhetoric.

The PTI government set up a National Task Force on Education very soon after it came to power. On September 16, 2018, I reported on its first meeting (http://tns.thenews.com.pk/unifying-education/). Not surprisingly, the three education priorities identified by the task force were: (1) Mainstreaming madrassas (religious seminaries) by including regular school subjects in addition to their own syllabus; (2) Introducing minimum quality standards and issuing a single school leaving certificate in order to enable student mobility; (3) Ending foreign curriculum and examination systems in private schools, e.g., Cambridge Assessment International Education (CIE) (includes O/A-level, IGCSE), International Baccalaureate (IB), etc.

While it is hard to argue against the first item on this list, items 2 and 3 should have set off alarm bells, but the report went unheeded. Work of the task force was kept under wraps and very little information leaked out over the subsequent months, until March 20 of this year, when Federal Minister for Education and Professional Training, Shafqat Mahmood gave a briefing to the National Assembly Standing Committee on Education that was widely reported. He announced that the unified curriculum the task force was working on would put an end to multiple school systems in the country.

Public reaction to this reporting was so strong that Mahmood was forced to take a public U-turn in a statement on Twitter that said: "This is complete misreporting. No plan to finish O level or A level. What I said that once we have been able to create a consensus on a single national curriculum, we would be in a position to consider a single national certification. May take a decade," and also accused the media of misquoting him the day before.

On September 4, Minister Shafqat Mahmood appeared on Dawn News’ programme Newswise, where he made a number of disclosures. Key among them was that madrassas had agreed to get themselves registered, and that those left unregistered will cease operations. He also disclosed that madrassas have agreed to follow the unified curriculum developed by the National Curriculum Council (including representation from government, private schools and madrassas) and will make their students take the same certification exams for grades 8, 10 and 12 that other school students will take. The unified curriculum for grades 1 to 5 has been prepared and will become effective March, 2020 and will apply equally to madrassas and schools. The unified curriculum up to grades 8, 10 and 12 will be rolled out and implemented over the next four to five years.

At that point the good minister let the cat out of the bag: the unified curriculum will apply to all schools, public and private, including the ones he referred to as elite private schools that have been offering IB, IGCSE, O/A-levels. With it, he also reversed his publicly stated position on the termination of foreign high-school certifications for a second time.

Reviewing and revising the curricula for public schools is a much-needed and welcome step. However, taking away parents’ choice by pushing out and eliminating widely accepted and well-respected foreign school certificates, something denied by the same minister as recently as March of this year, is ill-advised. The rationale given was abstract and flimsy; A) It splits the nation in two due to the different perceptual frameworks different education systems supposedly create, and B) It gives people who studied in English medium schools a supposedly "unfair" advantage because the language of government, corporate offices and higher education is English.

Apparently, then, the National Curriculum Council believes that our problem is that we have too much diversity in our thinking and not enough groupthink. Also, the solution to only some students being able to communicate in English as well as they do is to handicap and pull everyone down to the same level.

Apparently, the plan is to engage CIE (owners and administrators of IGCSE and O/A-levels) in the development of this uniform curriculum and exams. The good minister does not seem to realise that Pakistan is presently a good sized market for the CIE, and "helping" the government develop its own curriculum and examination system means putting itself out of business. The fact that he is articulating this idea on-camera goes to show how little thought has gone into this reform process.

Never mind that in a society as homogeneous as ours the minister is going all in towards even greater homogenisation, by banning proven school systems and certifications in favour of a new, unseen, unknown, unproven system to be managed by a state which could not deliver half-way decent education to its citizens in more than 70 years. Never mind that the approach the minister is favouring is not excellence through competing school systems, but uniform mediocrity by pulling everyone down to the same level, even those willing and capable of affording better education for their children.

I was schooled in public schools all my life. Since our family moved every few years, those schools occupied a wide range on the quality spectrum, ranging from unremarkable to excellent. Yet, as a professional working in the education development sector, when anyone with the means to afford either option for their child asks my opinion on choosing between a high-school education of CIE’s O/A-levels and public schools, I advise them to go with the former. Our public school education is in a shambles, while the IGCSE/O/A-levels are world renowned, long established and understood and accepted globally.

I acknowledge that teaching children in their mother tongue, rather than a second or third language, is proven to improve student learning. However, some parents have the ability and resources to provide their children the environment, resources and support to succeed in English medium education. Forcing these families to move to Urdu medium schools will rob them of the one last advantage our workforce enjoys in the global job market.

I have talked to several people about this issue since I began tracking it more than a year ago. Those with the resources are exploring options to escape the state managed "uniform curriculum" by sending their children abroad for school. Some that are abroad already and were considering moving back to Pakistan are now reconsidering, for their children’s education’s sake. In other words, if the purpose of this policy was to put everyone’s children in the same boat, not only will it fail at that, but it will forcibly put many children whose parents can afford better for them at a disadvantage. The result will be the emergence of a smaller, even more select, elite, whose outlines are forming and becoming more visible by the day.

The author is an independent education researcher and consultant. She has a PhD in education from Michigan State University. She may be reached at [email protected].

Putting the ‘U’ in education