The use of blasphemy laws, a worship place desecrated, a minority community put to risk… It’s Ghotki this time 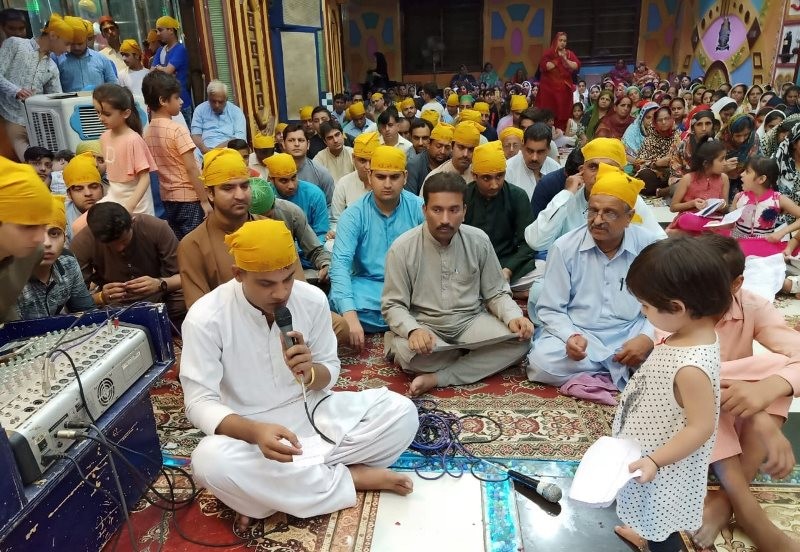 The entire place started resembling a war zone in a matter of minutes, as a frenzied mob took to the streets of Ghotki. They damaged the school building where their children were enrolled, vandalised a Hindu temple and did not think twice before attacking the homes of people they had known for years. It was mayhem, in a nutshell.

The protests began right away, when Notan Lal, the principal and owner of Sindh Public School was accused of blasphemy by one of the students at the school, Ihtesham. A first information report of (FIR) was filed by the Sindh Police against Lal on the complaint of the student’s father, Abdul Aziz Rajput, says Tufail Haidrani, a local journalist.

"Ihtesham claimed in a video he shared on the social media that he had first tried reaching out to his teachers to talk about the principal, but they paid no heed and asked him to quit instead. He then went ahead, made a video and shared it on social media. As the video went viral, the Muslim population of the city gathered at the concerned police station. They wanted the police to register an FIR against Notan Lal," Haidrani adds. "The FIR was eventually filed with the student’s father as the main complainant and included Section 295-C of the Pakistan Penal Code, which pertains to the use of derogatory remarks against the Holy Prophet (peace be upon him)."

According to reports, however, the student later retracted his earlier statement. He said that he had made the accusation in order to "exact revenge on the principal, who had reprimanded him". In this case, the complainant had not heard anything with his own ears and had hastily acted upon what his son told him.

"Despite the fact that the police registered an FIR, thousands of protesters went ahead, vandalised temples including the Sacho Satram Das temple and damaged a private school’s building. They did not stop there. They then marched towards a local market and burnt down a number of shops belonging to the Hindu community," says a Hindu activist Raj Kumar.

"They damaged the temple as if it was their religious duty to do so. The protesters marched on the streets, chanting slogans against the Hindu religion," he says. "It was a very difficult situation for the Hindu community residing in Ghotki. For them, it was almost like a flashback of the horrific events that took place on both sides of the border in the aftermath of the subcontinent’s partition."

"They damaged the temple as if it was their religious duty to do so. The protesters marched on the streets, chanting slogans against the Hindu religion," says activist Raj Kumar.

Kumar said that the charged mob was led by Mian Aslam [brother of Mian Mittho alias Mian Mittha, notorious for the alleged forced conversions of Hindu girls in Ghotki]. Upon realising that the situation was getting uncontrollable, police took Notan Lal into their custody.

A local activist says that the issue of forced conversion of Hindu girls that emerged in April this year in Ghotki had been taken up aggressively at both national and international level. "The current case could be a reaction to that," he says.

"The government of Sindh later deployed police and rangers to control the situation. A case was registered against 50 people who had allegedly attacked the temple under Section 295 of Pakistan Penal Code (PPC). Section 295 is about defiling a place of worship, with intent to insult the religion of any class. Sections 147 (rioting) and 149 (connivance) were also added to the FIR", says Farrukh Lanjar, Senior Superintendent of Police (SSP).

"Most of the times, when an incident happens where a blasphemy accusation is involved, people gather in the form of a mob and conveniently take the law into their own hands before the police can take any action. They use the size of the crowd (often massive) to force the police into registering an FIR against the accused. In most cases, they threaten to burn the police station down if their demands are not met," continues Lanjar.

"More than 10 people, who were a part of the mob that gathered in Ghotki, have been arrested. The rest will be arrested soon," says the SSP. "The government of Sindh would not allow anyone to take the law into their hands and embarrass Pakistan." He confirms that Notan Lal was arrested by the police and is being interrogated. Lanjar adds that not too long after the incident, a crowd of Muslims had gathered at a local mandir (temple) to guard members of the Hindu community and showcase interfaith harmony.

Unfortunately, this show of solidarity could not avert the damage. It was already done. To some, it also seems that these are merely attempts at diffusing tension. How will the law deal with the complainants if Notan Lal is declared innocent? Will they just be pardoned for apologising?

Kumar says that Lal is a wise and educated man. "The blasphemy accusation is nothing but a conspiracy against him, probably hatched by Mian Mitha. Lal has a considerable influence on the Hindu community of Ghotki whose votes play a vital role in the elections. Lal has been a keen supporter of the Pakistan Peoples Party (PPPP) whereas Mian Mitha is a PTI supporter. Mian Mitha harbours a grudge against him over this issue. There is a strong possibility that this episode was staged by him since he wanted to teach Lal a lesson for quite some time. The fact that the protests were led by Mian Aslam, brother of Mian Mitha, gives strength to this perception."

Kumar also says that Hindus of the area are now scared for their lives. "The government should protect the lives and the temples of the Hindu community in Sindh," he demands. "Discrimination on the basis of religion must end now."

He thanked the Muslims who had supported the Hindus, "that said, the Muslims could also have played its part in stopping the mob from desecrating the temple but they did not. It is very easy to play the religion card to trap and punish opponents which is why it is being used frequently," he says.

This use of blasphemy law is rampant in Pakistan. According to data released by the Centre for Social Justice, 1,572 people were charged under it between 1987 and 2019. A majority of those prosecuted under this law comprises Muslims. More than 70 people charged with blasphemy have been killed since 1990. According to this data, 70 percent of the cases related to blasphemy have been reported from the Punjab during the last 30 years.

The government of Pakistan claims that all minorities in the country are living in peace and harmony. However, the recent incident in Ghotki raises a question on these claims. Even if it is believed for a moment that Lal said something objectionable, how is vandalising a community’s places of worship and putting the lives of its members at risk, justifiable in any way? 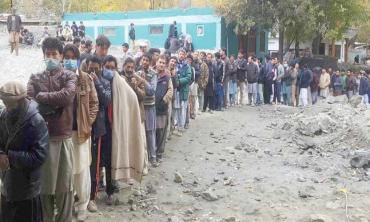 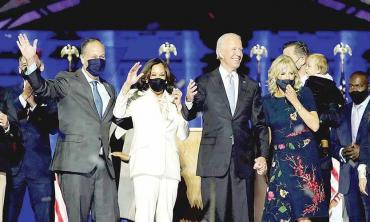 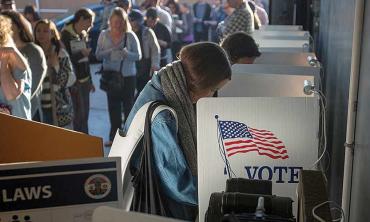