The man who changed the world of leg spin

He was a man of principles. When made chief selector in 2008 he publicly opposed the selection of Younis Khan in the limited-overs team, much less as captain of the 2009 World Twenty20 in England 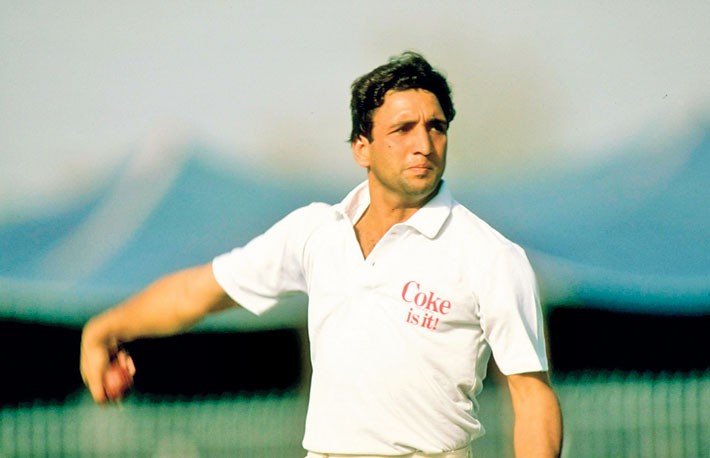 Within the leg spinning supremo do you write about his googly or his flipper, his variation or his unique bowling action, which thelate Richie Benaud once described as, "He bowls. And then he bowls again."

Like the batsmen he confused, so does he the cricket writers who stare into the kaleidoscopic personality and wonder where to begin. Note that I talk in the past tense when it comes to batsmen but in the present tense when it comes to cricket writers. For the batsmen retired as did he. That is finite.  But Abdul Qadir the man remains omnipresent when you talk of leg spin or everything that is wrong about Pakistan cricket. That is eternal.

Abdul Qadir was one of those cricketers who, before he played for Pakistan for the first time, was not much known to Pakistanis. But after the first appearance was the most talked about. Some say that his time came for Pakistan earlier than it would have because of the late Kerry Packer, who whisked away four top Pakistani cricketers, among them the Pakistani captain Mushtaq Mohammad. For long Mushtaq had craved to be the lead leg spinner in the Pakistan team but was relegated to a stop gap by Intikhab Alam, Pakistan’s captain from the early to the mid-fifties who was then rated the best leg spinner in the world.

Once the captaincy came to Mushtaq he jumped to claim what he thought to be his rightful place, and Intikhab was ousted from the team itself, retiring within a year. Now he wanted to bowl again though on a lesser level as Iqbal Qasim, the left armer, had by then become the lead spinner for Pakistan. But Mushtaq was still good enough to take 5-28 in a match winning performance in the fourth Test at Trinidad and also 9-119 in the first Test in New Zealand in 1979.

In between that with Mushtaq playing for Packer and the Pakistani cricket board deciding not to play Packer players against the touring England team of 1977-78 decided to bring in the 23-year old Abdul Qadir for the first Test in Lahore. The Pakistanis all over the country were thus introduced to his effervescence on the field via television, the bubbly character who may have taken a solitary wicket on a deader than dead pitch and negative batting by both England and Pakistan, but excited with his flight.

Even with the deadpan and defensive captaincy of stand in skipper Wasim Bari who just wanted to draw the series, Abdul Qadir devastated the England batting on another flat pitch at Hyderabad, taking 6-44.On the return tour to England a few months later Wasim Bariopted to play Iqbal Qasim as the sole spinner until the third Test when he tried Qadir on a seaming pitch at Headingley under cloud cover, conditions ideal for swing, and the man took 4 wickets. It was clear that he was a bowler for all seasons and all pitches.

Yet he was to remain in the wilderness until the summer of ’82 when Imran Khan was made captain and immediately asked for Abdul Qadir. The selectors resisted, insisting he would not be useful in English conditions but Imran was adamant. By the end of the sixth county game Qadir was the most talked about cricketer in the English media, as he ran circles around the county batsmen taking some 30 wickets in the process. The dying art of leg spin had been rekindled they said and Qadir was the magician who had brought it back on center stage.

But Qadir was time and again denied wickets in the Test matches and Imran Khan at the end of the series out it down to the inexperience of England’s home umpires. He felt that they never read Qadir’s leg spinners, let alone his googlies and flippers as they had never umpired to that level of leg spin. Tome and again he was denied LBWsand it has been said that had DRS technology been employed in those days and through the 1980s, Qadir could well have finished with over 400 Test wickets.

Imran didn’t give up, once again locking horns with the selectors when the team for the 1983 World Cup was to be announced. Now the selectors were really upset. Qadir had never played ODIs and to take him to the World Cup, again in English conditions, just didn’t make sense. Imran, as always, prevailed and Qadir took four wickets in his first game and five in his third. It was due to his bowling that Pakistan made it into the semi-finals.

By now even Javed Miandad, who normally favoured the left arm flight of Iqbal Qasim and off spin of Tauseef Ahmed, was using him as an attacking option whenever he captained Pakistan. In the 1987 home series Qadir took 30 wickets in the three Test series, including 9-56 still the best bowling by any Pakistani bowler in Test cricket.

Qadir’s bubbliness was also apparent in his batting, and Imran sometimes sent him as a pinch hitter. His most memorable piece of batting came at Lahore during the 1987 World Cup. Pakistan needed a miracle to get past West Indies in the final over with 9 wickets down when Qadir hit their prime bowler Walsh for a six over long off and eventually won the game.

It was after several years of retiring that Qadir came back into the public domain as private channels were launched. And one saw his amazing candidness in analyzing cricketers and the strategy. In a discussion once in the early 2000s where Aqib Javed was present by his side he flatly told the anchor that the Pakistani pacemen lost their penetration once they couldn’t ‘make’ the ball. He was immediately removed from the program but stuck to his stand that he had spoken the truth.

On another occasion after his mentor Imran Khan had become the Prime Minister he vehemently defended departmental cricket and said Imran Khan would destroy the domestic cricket structure if he succeeded in removing the departments.

He was a man of principles. When made Chief Selector in 2008 he publicly opposed the selection of Younis Khan in the limited-overs team, much less as captain of the 2009 World Twenty20 in England. But selecting the captain was the prerogative of the PCB Chairman so Abdul Qadir had to name him in the team. Yet, he remained his critique even during the tournament. And when Younus returned victorious he resigned from the job.

Since then he has never been involved with the PCB, and his caustic comments on those he feels are bleeding the board for years ruled the airwaves for a long time. He would have made a good spin bowling coach, for he would have instilled bravery among the bowlers and not just taught them the art of spin. For he has been selfless even when his place in the side was at risk with the emerging Mushtaq Ahmed, willingly passing on all his craft. He chose therefore to open his own academy and pass on what he could to aspiring children and young adults.

He brought to life the fine art of leg spin, and died after nurturing it and inspiring a new generation to adopt it. He gave all his heart on the field and when speaking for Pakistan cricket. In the end perhaps his heart couldn’t take it any longer.

The man who changed the world of leg spin