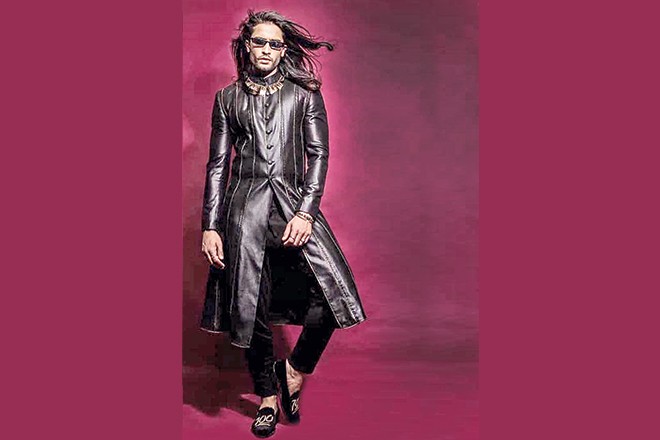 It’s an odd name to attach to one’s self, but there’s nothing odd about Champ Imi, otherwise known as Muhammad Ali Subhani, the 27-year-old model who’s making waves in the modeling scenes in Pakistan and internationally. He lives in London but works between London and Lahore, his hometown; trips to Karachi come when work calls. At 6’2", flaunting the proverbial tall, dark and handsome looks with an enviable mane, Champ Imi really is up there.

You work between London and Lahore. What’s the three year plan for you as a professional fashion model?

Though modeling is working fine, I don’t know if I’ll keep on doing that because I want to pursue a career in acting. So that’s where I’m going now and in the next three years I will just change my career.

What are the basic differences in working in London and Lahore?

Actually there is a massive difference between London and Lahore. London is more high fashion and Pakistan is more culturally inclined. London is the capital of the fashion world and they have London Fashion Week. Days are very long in Pakistan, be it Lahore or Karachi or any other city; so that is one of the things. In the UK, everything starts on time and finishes on time. You don’t have to come 12 hours before the show – you just go do the show and leave. Moreover, the basic difference between the two cities is the people; they (Londoners) are more professional in terms of availability and reliability - if they say 10 o’clock it means 10 o’clock and everything starts on time. Actually Lahore is a lot better than Karachi. Many people in Lahore are very punctual but if you compare it to Karachi, it is a different scene. Having said that the fashion in both countries is amazing but still for me, ‘Lahore Lahore Hai’.

What would you consider your breakthrough international and Pakistani fashion campaigns?

I’ve been lucky to do some breakthrough Pakistani fashion campaigns and also international campaigns. In fact I am the only Asian in the world to be featured on the cover of Harper’s Bazaar. Also, I was the first one to be featured four times in Vogue UK and Italian Vogue. After that I became Brand Ambassador for L’Oreal and in 2018 I became the face of Tom Ford while I also did a campaign for Calvin Klein. These are some of the campaigns I’m really proud of. In Pakistan I have worked with almost all the big names of the fashion industry including Nomi Ansari, HSY, Mohsin Naveed Ranjha, Emraan Rajput and they all are amazing. My personal favourite is Jazib Qamar, Republic and of course Emraan Rajput because his collections are always very fashionable and can relate to the UK market.

I read somewhere that you were part of Aladdin. Elaborate.

Yes, I had a role in Aladdin as one of the captains of the boat; in fact I had a few scenes, which have been cut. It is alright as this happens. However, working with Will Smith was the best experience of my life.

You’ve been taking acting classes. So when are films and television on the cards?

I am taking acting classes but I believe more in practice and research rather than just relying on classes. Films and television are definitely on the cards as I prefer acting more than modeling. That’s what I want to do and if everything goes well, it is going to be either in Hollywood or Bollywood or even Lollywood - if I get the chance as I get a lot of criticism for my Urdu accent. I don’t know what lies in terms of Pakistani acting scene. I am very talented when it comes to acting because I have worked with some international faces; I have some good exposure and experience. If I get an opportunity in Pakistan I will definitely avail the chance, otherwise I will definitely be doing Hollywood or Bollywood, whatever comes first. 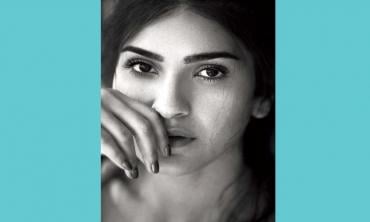