Will Pakistan be able to attract American intervention on Kashmir after Trump suspends talks with Taliban? 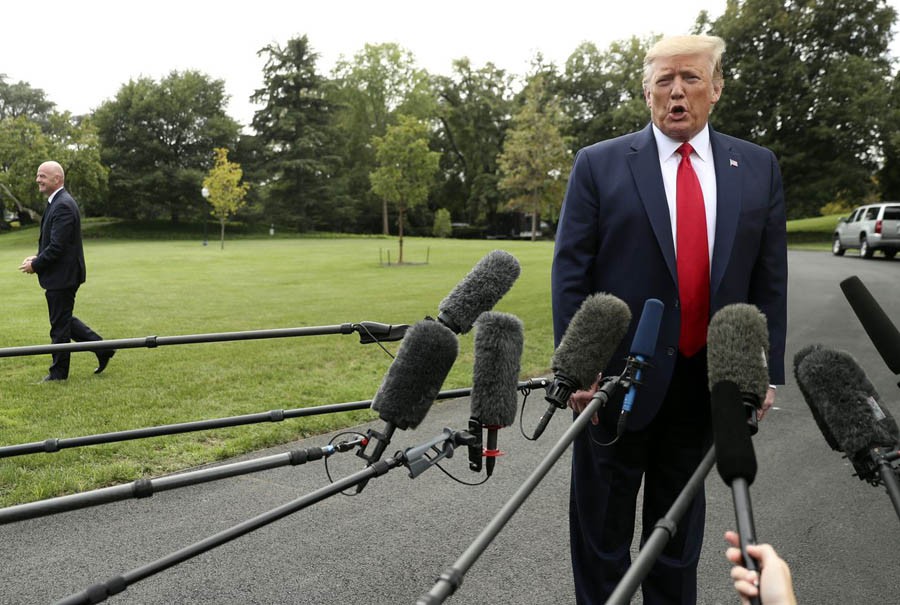 American President Donald Trump has called off peace talks with Taliban. Failure or at least suspension of Afghan peace efforts was not totally unexpected in the wake of unilateral revocation of the special status which Indian Occupied Kashmir enjoyed under Article 370 of the Indian constitution.

Taliban did not cease their attacks inside Afghanistan even during the course of various rounds of peace talks. Their attacks in the country after the Modi government announced forced merger of Kashmir with India might have been interpreted by some as Pakistan’s tactics to build pressure on the United States to intervene and mediate on Kashmir between Pakistan and India. This line of argument would suggest that the US-Taliban talks would falter if Trump failed to act on what Pakistan wanted: mediation on Kashmir. If the assessment about Taliban doing Pakistan’s bidding is to be believed, then Trump has done just the opposite. He has called off talks with Taliban.

Prime Minister Modi must therefore be relieved at least for the time being. Trump did not give in to Taliban violence; Modi wouldn’t be forced to concede to negotiate on Kashmir. India has always disliked the idea of third party mediation on Kashmir. On the other hand, Pakistan has always looked forward to third party involvement on Kashmir. As a matter of fact, in bilateral talks, India, the status quo power, has an edge over its revisionist neighbour, Pakistan. That is why Delhi has always maintained that issues between Pakistan and India should be resolved without the involvement of any other state or forum.

Donald Trump has reiterated his willingness to mediate on Kashmir should Pakistan and India need his efforts. This is the third time he has said so. On September 10, Trump told media at White House, "India and Pakistan are having a conflict over Kashmir as you know. I think it’s a little bit less heated right now than it was two weeks ago and I’m willing to help them." The first time Trump offered mediation over Kashmir was on July 22 at a White House news conference where Prime Minister Imran Khan was present. At that time India had not stripped IOK of its special status. On August 26, Trump, meeting Modi on the sidelines of the G7 summit in France, had said that India and Pakistan could deal with the issue of Kashmir bilaterally. He had also said that if the two countries asked for his services to reconcile, he could be available.

If we analyse Trump’s position, his offers of mediation favour the Indian position more than that of Pakistan. Trump cannot do anything substantial if India does not agree to the American involvement. This is what his statements demonstrate. Then, there is hardly any chance that New Delhi would be willing to allow foreign involvement over the resolution of Kashmir dispute. One way the world community may seriously get involved in the issue of Kashmir is if and when there is any serious threat of a nuclear confrontation between the neighbours. A softer option for Pakistan may be the use of Afghan peace talks to induce American intervention on Kashmir. Can it work?

Pakistan’s policy appears to be one of wait and see. American policy on Afghanistan, under Trump, has oscillated between reconciliation on the one hand and the use of greater force on the other. For Pakistan, partial withdrawal means partial influence.

There is no easy answer. In part, an answer to this question depends upon what the US means to achieve from withdrawal from Afghanistan. If we look at the points shared with media of a possible agreement between the US and Taliban then it is quite obvious that the proposed American withdrawal is partial. Pentagon would remove roughly 5000 troops from Afghanistan. The remaining 8000 will still be stationed in the country.

Pakistan would have been in a far stronger position to leverage Afghan peace talks to attract American intervention on Kashmir had the US wanted to withdraw all its troops from Afghanistan. The suspension of talks is a sign that Trump is not deterred by the derailing of peace talks if Taliban choose not to stop their attacks in Afghanistan.

Pakistan’s policy appears to be one of wait and see. American policy on Afghanistan, under Trump, has oscillated between reconciliation on the one hand and the use of greater force on the other. For Pakistan, partial withdrawal means partial influence. The country can conceivably leverage Afghan talks to force American involvement on the issue of Kashmir.

As far as the Afghan people are concerned, the suspension of talks may appear to be a blessing in disguise if the September presidential elections result in a popular and effective national government. The new government will have more legitimacy than the current one even if Ashraf Ghani wins a second term.