Both sides in Afghanistan peace talks are refusing to give ground at this stage, but they will have to take a second look at the draft agreement and resume the talks 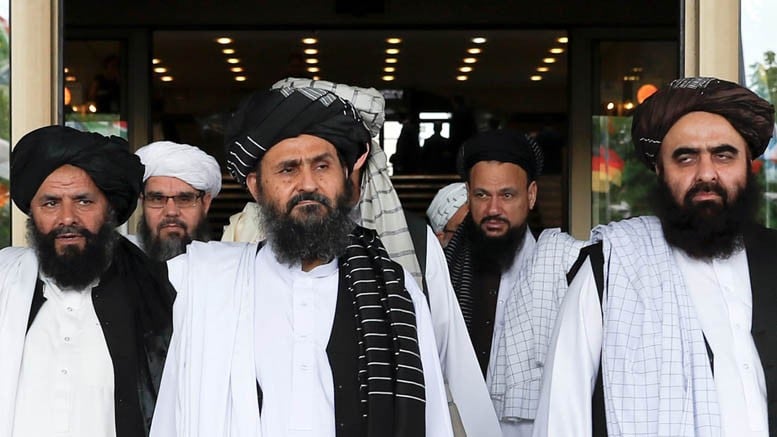 With the Taliban vowing to fight on against the US-led foreign forces in Afghanistan and President Donald Trump threatening to hit them harder, the stage is set for further fighting and more bloodshed as a consequence of Trump’s abrupt decision on September 8 to call off the peace talks.

Subsequently, President Trump declared the peace talks dead but he also said he still wanted to bring US soldiers home from Afghanistan. He didn’t elaborate on how and when the US troops would be pulled out of Afghanistan. It is obvious though that Trump is aiming to start withdrawing the troops before the November 2020 presidential election. To  boost his re-election chances, Trump believes he needs to fulfill his 2016 election campaign pledge to end US involvement in endless wars and extricate his country from the Afghan conflict that he had called ridiculous.

Though the move by Trump came as a surprise considering the fact that an agreement had already been reached with the Taliban after 15 months of exhaustive negotiations, it wasn’t entirely unexpected in view of the US president’s reputation as someone prone to impulsive behaviour.

In fact, many US officials and analysts had long feared that Trump would suddenly announce pulling out his troops from Afghanistan even without securing a peace deal by writing one of his early morning tweets. Instead, Trump sent a tweet terminating the Taliban-US peace talks and another dramatically cancelling the hitherto secret, separate meetings with the Taliban leaders and President Ashraf Ghani scheduled at Camp David. Both tweets were shocking as these were major political decisions apparently taken at the spur of the moment. This was by now the familiar Trump style of running the foreign policy of the only superpower in the world.

The Camp David meetings were to take place on September 8, the day Trump tweeted, just three days before the 18th anniversary of the 9/11 attacks on the US. Only Trump could have taken such an inexplicable decision that was politically risky as inviting Taliban leaders to the US and hosting them at Camp David would have invited severe criticism in view of the past allegations by Washington that the Taliban regime harboured and protected the Al Qaeda leadership, including its founder Osama bin Laden who masterminded the 9/11 attacks on the Pentagon, the seat of American military power, and the World Trade Centre, the symbol of its economic might.

It is obvious that the two sides would have to return to the negotiation table even though violence is likely to rise in the intervening period. The US-led Nato forces couldn’t force a military solution despite 18 years of war employing nearly 150,000 best trained and resourced troops. The US had to accept the Taliban demand for direct talks.

Though the meeting with the Taliban representatives was cancelled at the eleventh hour, Trump went ahead and disclosed it in a show of over-confidence and strong belief that his followers would continue to support him even if his decisions appear bizarre and politically explosive.

Trump cited the suicide bombing on September 5 in Kabul near the Diplomatic Enclave where the US embassy and certain security institutions are located as the major reason for his move to abandon the talks with the Taliban. In particular, he mentioned the death of "the brave, brave American soldier" as the cause of his anger although a Romanian soldier serving in Afghanistan as part of Nato forces, too, was killed in the attack along with 10 other people. Also, the death of just one American soldier cannot be the only reason for calling off peace talks considering the fact that 16 US servicemen have been killed in fighting in Afghanistan this year.

Those deaths, too, could have provided justification for ending the talks that began in July 2018 when senior State Department official, Alice Wells, secretly met Taliban representatives in Doha, Qatar before getting replaced in September by the Afghan-born Zalmay Khalilzad, the US special envoy for Afghanistan reconciliation. This has led to speculation whether someone important in the the US military or intelligence community was killed in this attack or if the death toll was actually higher.

If the Taliban are to be believed, the draft of the peace agreement had been finalised and initialled by Khalilzad and a senior Taliban negotiator and it was agreed that the Qatar government would make it public through the state-owned Al Jazeera TV channel. Khalilzad had earlier, on September 2, said in Kabul where he briefed President Ghani and Chief Executive Dr Abdullah that the agreement with Taliban had been reached in principle.

Khalilzad was reportedly unaware that Trump was about to call off the peace process and trash whatever he had achieved in the talks. Khalilzad was on the way from Doha to Brussels to brief the Nato defence ministers about the peace deal when he got the bombshell news in Vienna and was summoned to Washington. He hasn’t been fired yet. This has raised hopes that the peace talks could be resumed. In fact, his boss Michael Pompeo, the US secretary of state, argued while defending Trump’s decision that a peace deal was still possible provided the Taliban gave up violence.

For their part, Taliban ramped up the violence just when the peace talks were entering the last stage by launching big attacks on Kunduz and Pule Khumri cities and undertaking two back-to-back suicide bombings in Kabul on September 2 and 5. These attacks seemingly didn’t have any military significance as Taliban described them as revenge for the killing of innocent Afghans by the US and Afghan elite forces in airstrikes and night-time raids. If Trump and Mike Pompeo are to be believed, the US forces have inflicted record losses on the Taliban after the end of the peace talks.

It is obvious that the two sides would have to return to the negotiation table even though violence is likely to rise in the intervening period. The US-led Nato forces couldn’t force a military solution despite 18 years of war employing nearly 150,000 best trained and resourced troops. The US had to accept the Taliban demand for direct talks without representation of the Afghan government as it concluded that it cannot win the war.

The Taliban, too, had realised that they cannot decisively win the war due to the presence of the US-headed foreign forces and strong domestic opposition. The talks, the most serious and sustained in all these years, had raised hopes for peace even though these were just the beginning of the peace process as tougher intra-Afghan negotiations involving the Afghans, including the Taliban, Afghan government and Afghan opposition, had to take place in the second phase.

Trump’s decision was apparently aimed at pushing the Taliban to accept certain conditions, particularly a permanent ceasefire and direct talks with the Afghan government. Taliban had continued to refuse to talk to the Afghan government, which they didn’t recognise and had dismissed as a puppet of the US.

Taliban conceded eventually to talk to rival Afghans, whether part of the government or the opposition, in their personal capacity at intra-Afghan meetings that they described as conferences instead of negotiations.

The Afghan presidential election scheduled to be held on September 28 despite the uncertain security and political situation, was proving another hurdle as President Ghani was insisting on holding it while Taliban were opposing and even threatening to disrupt it.

Both sides are refusing to give ground at this stage, but they are bound to realise that they need to have a second look at the draft agreement that they had agreed to and resume the talks to make it better and more implementable.