Pakistan needs to weave a new narrative about itself 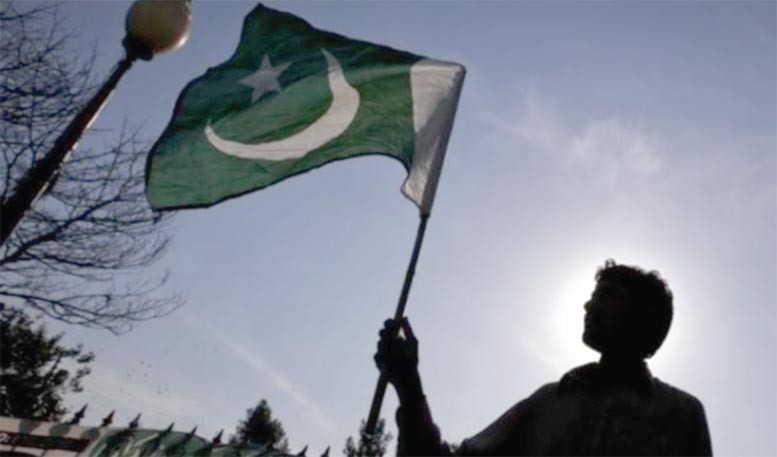 It was bound to happen. The timing couldn’t have been better from Modi’s perspective. Having promised to do so in his election manifesto, one can only sigh in despair at our prime minister’s naivety to have expected otherwise.

Know thy enemy, and what flows from it is what you have. When it comes to Pakistan, it doesn’t matter who or which party is in power in India. There wasn’t any Modi or Bharatiya Janata Party in 1971. Or was there? Yet, nothing stopped secular Congress or Nehru’s daughter from jumping into the fray.

The only difference between the India of then and now is that Hindutva is more pronounced. You can’t escape its overwhelming presence in Indian politics. It’s not even politically incorrect to sideline minorities, to stay silent at their persecution or to make a case for it in popular political narrative. Cloaked in secular politics, its undertones were always visible and hard to ignore, reinforcing our founding fathers’ fears and their case for Pakistan. History is an incredibly good judge.

What it means for India and its minorities in the long term is for Indians to figure out and perhaps the die has been cast, but what Modi’s actions in Kashmir means for us is simple to decipher.

A famous saying -- rather a warning -- by Athenian generals to a Spartan colony resisting surrender was: "Let us not waste words on fine sentiments about right and wrong. The plain fact is they who have power do what they can; they who are weak accept what they must."

As long as we are perceived to be weak, it doesn’t matter who in India is in the government, they will always act the way the powerful do. It was Bhutto’s genius to figure this out. He immediately set about fixing our weaknesses. Twenty-four years had passed since Pakistan’s independence and people living in its geographical domain did not have a social contract. He sought to fix that through the 1973 Constitution. For Pakistan’s economy to prosper, it was necessary that the stranglehold on commanding heights of the economy be broken. He did it through nationalisation. To lift the spirits of a demoralised and defeated army, he dreamt of parity by initiating our nuclear programme. By putting Pakistan on the world map and fixing its diplomatic standing, he opened a whole new chapter of relations with China and the Muslim world.

The result? It gave Pakistan confidence, momentum and vigour to thwart Indian hegemony for decades. Sadly, it seems that now we have run out of all steam. Two long dictatorships that fell between then and now and a reckless pursuit of security-oriented policies have brought us to the brink of an impending disaster. To think that the powerful would stop here, and the weak would be left to live happily ever after, would not only be a serious error of judgement, but also a hazardous one.

The only difference between the India a few decades ago and India now is that Hindutva is more pronounced. You can’t escape its overwhelming presence in Indian politics.

So we must set about identifying and fixing the weaknesses that emboldened Modi to take this step without any fear of consequences. We must urgently find the strengths that will help Pakistan reclaim its lost space.

To begin with, someone somewhere in the Foreign Office needs to be held accountable. Responsibility has to be fixed. How on earth could Pakistan be caught napping when it was common knowledge, well before August 5 that the Indian government was planning to strike down the special status accorded to Kashmir? Extra troop deployment, evacuation of thousands of Hindu pilgrims and tourists were undertaken much before that eventful day, which only pointed in one direction - something terribly serious such as revocation of Articles 370 and 35-A was afoot and the Indian government was bracing for a backlash.

Yet, there were no alerts, emergency briefings and no plans in place. The gravity of the situation and a fair bit of common sense demanded that the Pakistan’s foreign minister should not have left for Haj and neither our permanent representative to the UN be on vacations in Florence. Who deserts their positions when dark clouds are gathering on the horizon? Incompetence must be punished. Period.

Now that the opportunity of stopping Modi in his tracks lies wasted, our focus should be two dimensional: immediate and long-term. As for the immediate, it is almost certain that Occupied Kashmir will erupt in massive protests the moment curfew and lockdown are lifted. That is the verdict Modi and his cronies are scared of, and that is precisely the moment we should prepare for. Ensuring that not only do those protests take place, through our links with Kashmiri leadership on the other side, but also that those protests don’t go unnoticed by the world. It is also highly probable that the Indian authorities will crackdown to suppress those protests, increasing the possibility of violent clashes, which in turn should be splattered across television screens all around the world.

Secondly, one of the biggest obstacles in the Kashmiri struggle for independence was the pro-Delhi Kashmiri leadership. Indians have foolishly not only politically alienated them but have left them quite red-faced before their own people. This has created a whole new opening for Pakistan, and has offered a unique opportunity. Without wasting a moment, we should engage and work as a bridge between this leadership and the Hurriyat factions, with one sole agenda: a joint struggle for Kashmir’s independence from Indian rule.

As for the long term, our weaknesses are too apparent. So glaringly visible that one cannot but expect the powerful to exploit them to their advantage - unstable democracy, a failing economy, and an inherently flawed decision-making process, which inadvertently leads to a worthless existence amongst the comity of nations.

Pakistan needs to weave a new narrative about itself - a narrative that an ordinary Pakistani can proudly present before the citizens of this world; a story different than what Pakistan is known for - always in the dock for supporting this or that proxy. Escaping the Financial Action Task Force this summer and sweating over it the coming winter. A narrative that delinks Pakistan from the wretched memories of Zias and Hameed Guls of past and today.

If we do not put our act together and fix these weaknesses, I am afraid this is just the beginning of an era of humiliation. It took Chinese a whole century to come out of their period of humiliation. Google it.

Finally, one cannot rule out the possibility of war being imposed on Pakistan to divert attention from an uprising in Kashmir. It’s a variable that has its own set of consequences. In case of that eventuality, Bertrand Russell’s observation about war puts things in context: "War does not determine who’s right, only who is left". And if God permits, it would be us who’d be left to share a great war story - of courage and resilience - with our generations to come.