The caged valley of Kashmir 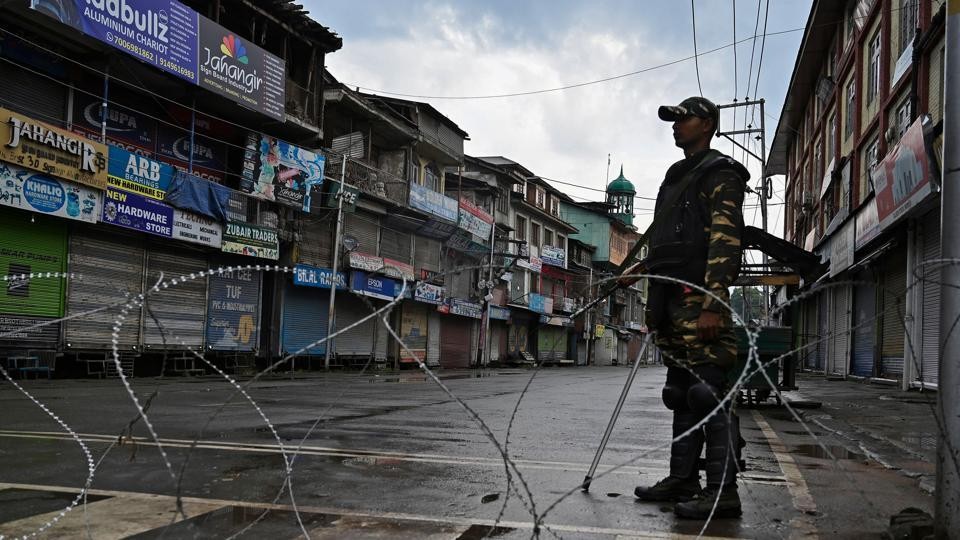 A bright young Kashmiri woman, who lives and works in the Indian capital New Delhi, for two years now, had lost touch with her ailing parents living in the northern town of Sopore in Indian-administered Kashmir.

Sumaiya Yousuf grew anxious for she was in a habit of speaking to her diabetic father almost daily. Her mother is suffering from a heart ailment.

On August 5, the Hindu nationalist Bharatiya Janata Party (BJP) in an ideologically-driven move stripped Jammu and Kashmir of its residual autonomy and statehood and simultaneously imposed a silence of graveyards by snapping all lines of communication, including mobile phones and internet.

Sumaiya didn’t know how to reach out to her parents. Everything was shut down in Kashmir.

As the young woman realised that there was no way she could establish any contact with her father, she took a risky decision to fly to the caged Valley of Kashmir. She brought insulin for her father. On reaching Srinagar Airport she could find no cab driver willing to take her to Sopore. They said it was akin to committing suicide. She offered double the fare to the drivers, but to no avail.

Finally, she decided to walk.

According Sumaiya, she walked 18 km to reach a place named Shalteng from where someone was kind enough to offer her a ride. After much effort, she reached Pattan, 45 km from Srinagar and well known for anti-India sentiment, where one of her relatives comforted her and arranged transport. Reaching Sopore was still a dream.

Finally, she reached her destination. When she knocked on the door, her parents broke down. Tears rolled down her cheeks too. They hugged each other as if for the last time.

This is just one story out of many thousands in Kashmir’s ongoing humanitarian crises.

New Delhi’s brazen attempt to kill and distort the Kashmir story by controlling the narratives on mainstream and social media has succeeded in appeasing the domestic Hindu constituency in mainland India.

Today is day 38 (the piece was written on September 12, 2019) of the unprecedented lockdown, of an information blackhole. No mobile phones ring in Kashmir. Internet services are suspended. Street protests are banned. Media is gagged. Newspapers do not publish editorials. Movement is curbed. Children haven’t been to schools since August 5.

Hundreds of political leaders from competing and conflicting ideological strands, including pro-Pakistan, pro-India and pro-independence, are jailed, kept in preventive custody or placed under house arrest. Those arrested include three former chief ministers, Dr Farooq Abdullah, Omar Abdullah and Mehbooba Mufti as well as a top bureaucrat-turned-politician Shah Faesal.

According to AFP, over 4,000 Kashmiris have been arrested, mostly without charge and illegally, and kept in various jails in and outside Kashmir.

A well-known journalist had decided to keep his expecting wife at her parent’s house for it was closer to a maternity hospital in Srinagar. He had also kept his three-year-old son there. He left for his home on the evening of August 4 and lost touch with his wife and baby boy once all communication lines were cut off. After a week, the pregnant wife drove the car and navigated through many barricades, coils of concertina wire and barbed fences to reach her husband.

A distance of seven kilometres seemed like covering seven thousand miles. She had to beg and plead with the Indian paramilitary personnel just so she could see her husband who was stuck in his curfewed home in downtown Srinagar.

Women and children are facing the brunt of horrors of state-sponsored violence in Kashmir. Credible media platforms like The Associated Press, The New York Times, the British Broadcasting Corporation, The Guardian, The Independent, The Washington Post, Aljazeera, The Wire and Scroll have reported gross human rights abuse, torture of boys in various parts of south Kashmir, harassment of women and many other atrocities. There is also a huge psychological toll of the prevailing situation on children who haven’t been to schools for 40 days.

Also read: What of regional harmony?

The UK-based medical journal Lancet has published a scathing editorial on the Kashmir situation. Members of the US congress have made a hard-hitting statement against Indian government’s move to suppress dissent and to put uncalled for curbs on free speech, movement and channels of communication.

New Delhi’s brazen attempt to kill and distort the Kashmir story by controlling the narratives on mainstream and social media has succeeded in appeasing the domestic Hindu constituency in mainland India, especially the cow belt. In India’s heartland, there is social sanctity for violence against Kashmiri Muslims. The collective punishment meted out to the people of Kashmir is being largely celebrated as conquest of Kashmir by the Hindu majority.

The BJP’s civilisational view on Kashmir and its Hindutva project is what the complicit media channels present to the world as a developmental agenda through their non-stop Goebbelsian propaganda.

Kashmir has been pushed back to the Dark Age. Statements of solidarity and angry tweets won’t help Kashmiris. Kashmir needs global community’s intervention.

The caged valley of Kashmir