September 20 is expected to be the biggest day of climate action in history. This time Pakistan is joining too 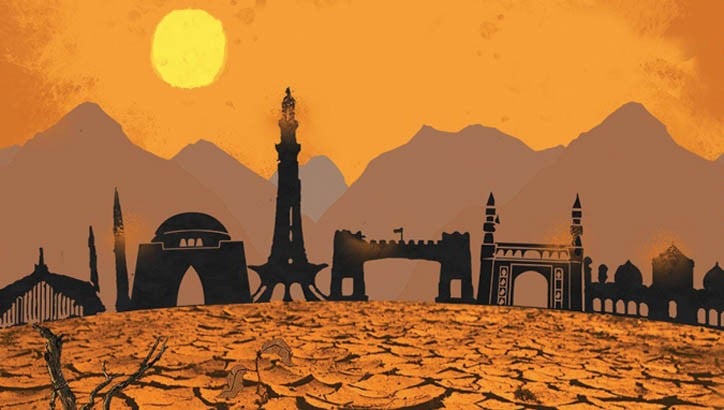 Do you genuinely worry about climate change while sitting in the comfort of your home, but not enough to want to protest against it in the heat? Even as you Netflix and chill, at the back of your mind you know that unless climate control begins today, we are headed towards mass extinction. Perhaps it’s the entwinement of climate change with your own personal reality that remains unclear; how bad can it really be if it’s not even had an impact on your daily routine yet?

Rest assured, climate change is impacting your lifestyle, your health and even your lifespan. Its effects are discernable in the diminishing nutrients in agricultural produce, the injurious carbon-infused air you breathe, and on the life expectancy of the child you hold dear above all else.

We are one generation away from an uninhabitable Earth. Maybe that’s what’s caused children around the world to grasp the urgency for climate action. Now that it’s their time to play, the Planet is sick.

In August 2018, a young and brilliant Greta Thunberg, started camping outside the Swedish parliament every Friday. She raised her voice by calling out lawmakers for dismissing their commitments under the Paris Agreement. On March 15, 2019, children in over 112 countries skipped school to become the heart of the largest environmental protest in history. A 16-year-old girl triggered the global Fridays for Future movement. Every Friday, children across the Planet protest for their (and your) future.

The story of Thunberg has helped dispel the tired belief that a child’s voice should only be heard in school. Children today have the technological access and the power to trigger change without territorial constraints. Greta Thunberg even got a commitment from the president of the European Commission to dedicate 1 trillion euros for climate mitigation efforts between 2021 and 2027.

Her efforts are an inspiration for all. There is a lesson here: inspire your children to protect your history and their future by protesting for the right reasons. Their activism today will translate into eco-friendly policy decisions tomorrow as they take public offices. Exposure to the reality of climate change will eventually push political parties to give the issue the needed importance in their manifestoes as adults of tomorrow reserve their vote for green parties.

Nevertheless, the urgency of adult participation cannot be emphasised enough. On the eve of the Paris Climate Summit, in late November, 2015, global climate activism broke records as more than 785,000 people of all ages took to the streets across 175 countries. The result? The Paris Agreement came into effect a year later.

Political processes expedite under the watchful eye of public pressure. Pakistan boasts of legislation and policies to combat climate change but does not prioritise them in a productive way.  Against such a backdrop, a ‘two-hour protest’ carries a powerful meaning. It is the manifestation of the people’s democratic will, the likely ‘noise’ that can amplify the need for meaningful life-altering adaptation and mitigation efforts. This September 20 is expected to be the biggest day of climate action in our planet’s history. It will also be the first time Pakistan will be joining the global protest against climate change. In wake of climate migrants having had to walk away from their homes, the march also becomes a conceptually pertinent form of protest. A vulnerable, yet unified Pakistan, will host organised marches in 16 cities across Sindh, Balochistan, the Punjab, Khyber-Pakhtunkhwa, Azad Jammu and Kashmir and Gilgit-Baltistan.

If an individual voice can become a lifeline for a global movement, imagine what collective influence can accomplish. The march can interest bystanders to engage with climate issues through increased awareness and propel social change - it can help push for a carbon-free economy. Together, the marchers are comrades united against climate change.

A child’s future today, more than their academic success, is dependent on the existence of a habitable Earth. It only follows that grappling with the intensity of climate change is a daunting task. Studies suggest that the current climate crisis can overwhelm one into inaction. Feelings of anxiety and depression may convince you that no matter what you or someone else does in the face of climate change, it will be insignificant. Alternatively, eco-anxiety can make you feel guilty for not caring enough about our planet’s fatal condition, or even lead you to doubt the very intensity of the disease.

No matter why you’re feeling overwhelmed, actively taking small steps that directly defy climate change, will help make you feel better. Participating in climate activism is one such option.

Unsure about how climate change impacts you in posh localities behind high gates? March. Feeling guilty for preferring the comfort of your car over the eco-benefits of public transportation? March.

Hear someone at a social gathering incorrectly tell you that Pakistan’s economic development will stall if we adopt eco-friendly policies? March.

Bill McKibben, the founder of 350.org, the organisation responsible for sparking worldwide global climate activism, asks you to experience what we’ve forced the Earth to feel: "when the planet leaves its comfort zone, we need to do the same", he says.

The climate crisis will not wait-why should we? ClimateActionPk invites you to show you care…march.