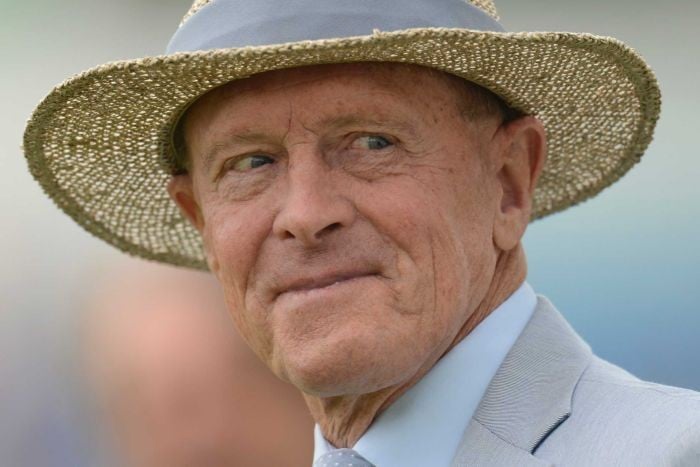 The news that the former British prime minister, Teresa May, had given one-time England batsman and cricket captain Geoffrey Boycott a knighthood in her resignation honours list has sparked quite a bit of a controversy. The 78 Year Old Yorkshireman may have been one of England’s most successful opening batsmen (terribly difficult to dislodge), who played 108 Test matches and scored over 8,000 runs but he was also convicted (by a French court, in 1998,) of assaulting his then girlfriend, Margaret Moore (and that is what has caused the controversy).

Women’s charities as well as opposition parties are demanding that prime minister Boris Johnson now withdraw Boycott’s knighthood over the former cricketer’s response to criticism. When asked about it last week on BBC Radio Four’s Today programme he simply told the presenter he didn’t "give a toss" either about the criticism articulated by the head of the domestic violence charity Women’s Aid or about the conviction itself. Boycott insists that he was innocent and that the former girlfriend had actually been trying to blackmail him. He told the programme presenter Martha Kearney in his uncharming and politically incorrect manner "I don’t give a toss about her, love. It was 25 years ago."

Moore had suffered bruising to her forehead and had black eyes in the incident but Boycott continues to maintain that she suffered the injuries when she fell because she had flown into a rage when he refused to marry her. Boycott has long been unhappy about not being given a knighthood and even said  honours for him had "been turned down twice" adding "I’d better black my face",  as in his view "West Indians received them like confetti. Prior to that he had expressed outrage at the 2006 Ashes-winning English side being awarded MBEs, saying about his own OBE  "People like me played over 100 Test matches and [scored] 8,000 runs… I didn’t play five Test matches and get one. I feel so bad about mine I’m going to tie it round my cat. It doesn’t mean anything anymore. It’s a joke."

His remarks were as unendearing as his remarks always have been, and it’s pretty clear that Boycott is neither endearing nor charismatic --- nor very polite -- but the question remains: should he be denied recognition of his cricketing achievements on the basis of his unpleasant personality and alleged violent behaviour? Should an honour like a knighthood be withdrawn on any basis other than a shortcoming being revealed in the actual achievement you have been honoured for?

An interesting case is that of the well known art historian Sir Anthony Blunt. In 1979 the then prime minister, Margaret Thatcher, revealed that Blunt had confessed to being one of the Cambridge spies who worked for the Soviet Union (others included Philby, Burgess and Maclean, who all defected to the USSR), and he was stripped of his knighthood shortly afterwards. He was also removed as Honorary Fellow of Trinity College, and then had to resign as a Fellow of the British Academy, after attempts to expel him failed and three fellows promptly resigned in protest. What I have often wondered is: was it fair to strip him of the official recognition of his work in a professional field because he had been a Soviet agent  until 1964? (1964 is when he actually confessed and was granted immunity from prosecution; this was revealed in 1979 after Blunt attempted to block publication of a book giving clues to his identity).

Obviously we want those we give national recognition to be people of honour and integrity and not traitors or racists, but are the honours we award them given for achievement in a particular field or for that achievement plus being a good person? What should be the parameters of such an honour?

In the case of Boycott, the controversy comes in a climate conducive to making him a bit of a hero: he is a plain spoken Yorkshire man who has stuck to the grind and worked hard but has suffered (according to him) because of the French authorities specifically and EU law generally. He survived the fallout from the domestic assault incident, when he was sacked by the Sun and the BBC, by working overseas (mostly India) and a few years ago, after surviving throat cancer, was rehabilitated by the domestic media and is now back in the BBC commentary box.  A survivor but according to him, also a victim – he says his brush with the French courts has convinced him that Britain is better off free of the EU.

Racist and outspoken-- is Boycott the new poster boy for Brexit?