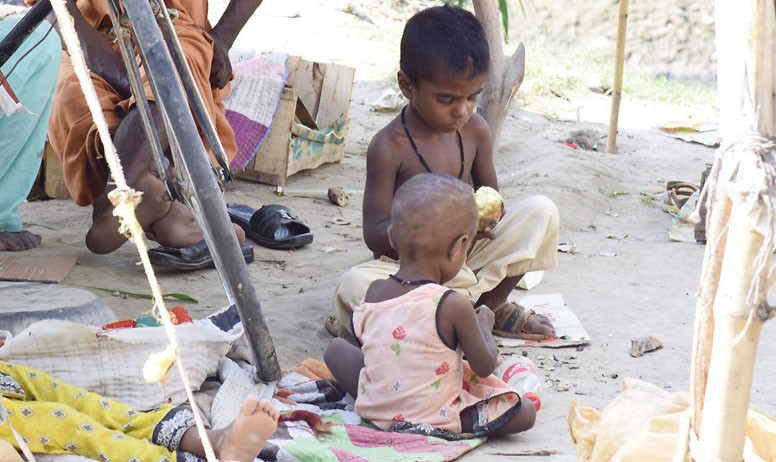 Seventy five children out of 1,000 live births died in Pakistan before reaching the age of five years in 2017, according to the UNICEF.

Poverty is universally believed to be the prime reason behind high child mortality. High mortality and poverty are indeed inextricably linked. Poverty means lack of access to adequate resources. This, in turn, translates into malnourishment and morbidity among children. Malnutrition in the early part of life is not only associated with higher likelihood of under-5 mortality, it also has lifelong consequences, such as cognitive deficiencies and poor economic and social outcomes.

Poverty and illiteracy generally go hand in hand; their combined effect can frequently prove fatal. Poverty also means adverse living conditions, such as inadequate housing, poor sanitation, unhygienic environment, all of which contribute to child morbidity and mortality. Poverty also affects child mortality through a range of indirect pathways, such as gender discrimination, domestic abuse, incessant family feuds arising out of the division of limited resources and broken families.

Alleviation of poverty and inequality in Pakistan is a long-term proposition. In view of an increasing population, political uncertainty, recurring economic downturns and crises, it is only expected that poverty in Pakistan is there to stay for a considerable time. There are many reasons why poverty cannot be alleviated in a short time. An economic turnaround requires structural changes with a focus on the development of functional political and economic institutions as well as skill development and capacity-building of the labour force, among others.

It may be argued that catch-up industrialisation (a theory which posits that developing countries will industrialise more rapidly than the time taken by the developed world to industrialise) is less time-consuming. Still, a complete overhaul of the economy requires time. So, one implication of poverty reduction being a long-term phenomenon is that reducing child mortality and achieving the Sustainable Development Goal of 25 deaths per 1000 live births requires a sustained effort over a long time. However, one silver lining is that some quick fixes exist.

Existing evidence has highlighted some known risk factors in child mortality which are generally analysed in terms of individual, household and community-level characteristics. Mother-related risk factors of child mortality include inadequate antenatal care, home-based births, illiteracy, lack of exposure to the media, and poor health during pregnancy and after childbirth.

Low birth weight, premature birth, and fraternal twinning are some of the known risk factors of early child mortality too. Institutional factors, such as inadequate healthcare available to the mother during the pregnancy as measured by inadequate antenatal care visits, lack of immunisation and difficulty to access healthcare facilities are other risk factors.

Coming back to the quick fixes, some factors have been identified which can be effectively used to reduce under-5 child mortality even without significantly reducing poverty. Two of these factors are optimal birth spacing between two successive childbirths and optimal breastfeeding practices. Evidence on the link between birth spacing and breastfeeding and child mortality in the context of Pakistan is slow to emerge.

Dr Tedros Adhanom Ghebreyesus, WHO director general has remarked: "Breastmilk works like a baby’s first vaccine, protecting infants from potentially deadly diseases and giving them all the nourishment they need to survive and thrive." It also helps prevent diarrhea and pneumonia which are major causes of death in infants. Mothers who breastfeed have a reduced risk of ovarian and breast cancer, which are two leading causes of death among women. Promotion of breastfeeding could save the lives of 820,000 children under the age of five years globally.

It is crucial to have a clear understanding of the problem of suboptimal breastfeeding practices. Why women stop breastfeeding before two years requires special attention of health professionals and other stakeholders. According to the Pakistan Demographic and Health Surveys 2017-18 data, the reasons why women stopped breastfeeding before two years include, i) the child has grown (21 percent), ii) health problems (40 percent), and iii) child cannot suckle (18 percent). Interestingly, a sizeable number of women considered their child as "grown" and, therefore, unfit for further breastfeeding only when the child was just one year old.

Optimal birth interval can also help drastically reduce under-5 child mortality. It may be noted here that too widely-spaced or too closely-spaced childbirths both have their known risks for the children and mothers. However, the risks of closely-spaced childbirths far outweigh the risks of widely-spaced childbirths. According to one estimate, children who are born within 18 months of the previous birth were four times more likely to die than those who were born after 36 months of previous birth. Similarly, the children were 43 percent more likely to die when their subsequent sibling was born within twenty months as compared to those children whose subsequent sibling was born after 20 months.

The political economy of child mortality in Pakistan points towards some important processes which partly explain high child-mortality rates. Birth spacing is part of the larger debate on family planning. To begin with, there has been a lot of intellectual confusion about family planning in Pakistan. While the Population Welfare Department has been long trying to convince the population about the benefits of small family size and adequate space between two births, the clergy has a very different narrative which favours large family size and says that family planning is a sin.

Large family size and small birth space between two children have an economic logic, too. There is a widespread perception that the state lacks the capacity to provide a decent living for every citizen. In the absence of any dependable social security network for the population not employed in the public sector, people believe that their children are the only dependable capital on which they can fall back in time of need or in their old age.

Large family size is thus considered a safe investment. One takeaway is that more holistic approaches are required to address the problem of high population growth rate. Family size cannot be significantly reduced unless the government shows by its actions its commitment to provide a decent minimum living standard to its citizens.

Similarly, the approach required to achieve optimal breastfeeding must factor in maternal health status and the circumstances at her workplace if she is employed. While female employees in the public sector are assured paid maternity leave, the situation is not as well-defined in the private sector. When it comes to the rights of employed women in the informal sector, it is a complete disaster.