If we look at how the nature of power has changed historically in this society, we can understand academic problems more astutely 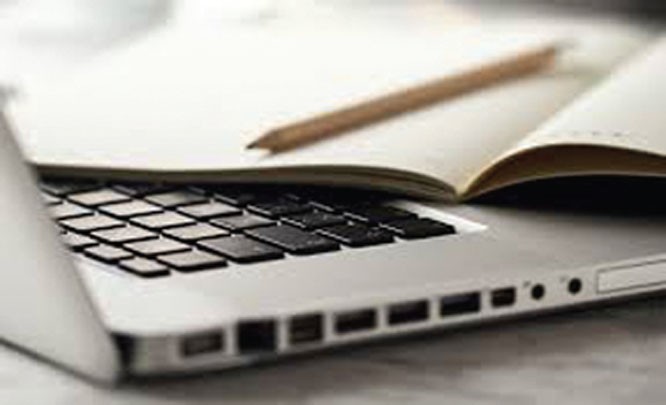 This article is a rejoinder as well as an extension of Dr Sibghatullah Khan’s article titled, The Dark Side of Academic Publishing which was published in The News on Sunday on May 12, 2019.

Dr Khan has done a commendable job exposing a bad practice in Pakistani academia. But his analysis of the situation is based on the approach that the exploiters are somehow "powerful" and the exploited are "weak." He has used the term "campus subalterns" to describe people who are not powerful in the universities and are likely to be exploited. I argue that this view does not present a comprehensive picture of the situation that exists in Pakistani academia. I propose that if we look at how the nature of power has changed historically in this society, we can understand academic problems more astutely.

Universities are formal, impersonal, and hierarchical institutions and, in the context of the Subcontinent, they represent a form of power which is similar to other institutions which represent alienated and bureaucratic power. It is my contention that the people of this region do not accept power in its alienated and bureaucratic form and that is why formal institutions do not work the way they are supposed to be working. And it can be observed, institution after institution, that we have not accepted any form of power that can challenge the power of the family and the tribe, the institutions which depend on interpersonal negotiation rather than impersonal laws.

Our major political parties which take over the state when they form governments are based on the family system. Brothers, sons, and daughters of major politicians are automatically considered "natural leaders" and they inherit "political parties". The institution of the family and the tribe is so powerful that it can take over the state. In this context, when a campus subaltern meets a superior, they build a mutually beneficial system which bypasses the logic of impersonal bureaucracy. It is not just the head of the department or the dean that benefits from his or her predatory appropriation of a subaltern’s intellectual labour.

The subaltern also is actively seeking such an arrangement. So many early-career researchers are willing to enter into such mutually beneficial arrangements that if someone mentions the proper procedures, the junior researcher sees it as an affront. He or she has been left at the mercy of a cold-blooded system. He or she is likely to go to a professor who offers such an arrangement and is more likely to avoid the senior who follows the rules.

As a result, Pakistani academia is not different from other institutions where the entrenched senior employees act as gatekeepers of power and the newcomers have to appease and give overt or covert indications of their formal and informal cooperation. When the Higher Education Commission (HEC) introduced a system of checking the worth of a research paper by the number of times it was cited (citations per paper), networks of researchers emerged who started citing each other. On the surface, we are competing with China, India and Egypt in publishing "citable research."

In a culture, where critical thinking is a risky enterprise, an increase in research output can only mean that the forces of the status quo and researchers have joined hands together and now simulate "creativity" and "knowledge production" and "innovation."

Some sections of the HEC are also part of this simulation of knowledge production. The local journals are ranked in W, X, and Y categories and publications in W, X, Y journals are readily accepted but if someone is published in Oxford, Cambridge, Sage, and Routledge journals, that person needs to apply for equivalence. What it means is that those who have entrenched themselves in local structures have also institutionalised mechanisms to keep out those who can challenge the existing power structures. PhD candidates cannot have their thesis defence unless they have a paper published in a Y-category journal. If they are published at a global level, they have to apply for equivalence of their publications.

The situation can be summarised thus: the native has been resisting the foreign and impersonal modes of power. The informal methods of gaining power are more efficient in such a society. Those who try to operate solely through formal procedures are vulnerable and the beneficiaries of the informal means of accessing power do not want this to be changed. That is why there is no Naya Pakistan happening and informality is getting more entrenched. Formality is still alien to a large number of human beings at a global level. The rise of neo-tribalism at a global scale is a proof of this assertion.

The ordinary people all over the world feel that formality favours the existing elite. As Ashis Nandy has argued, when the elite classes support one any other, nobody thinks it is corruption. But when the disenfranchised support each other, it looks like corruption. The disenfranchised are more likely to use informal methods because the existing formal structures have a systemic biased in favour of the beneficiaries of power.

Academia, like all other formal systems, is also based on a confusion of values. Grades are confused with intellect. A large number of research papers are confused with critical inquiry. This confusion is no different from the way society interprets a large house and a big car as signs of wealth. And people are always ready to simulate intellect or wealth because the system rewards simulation because the system pretends to be a perfect order.