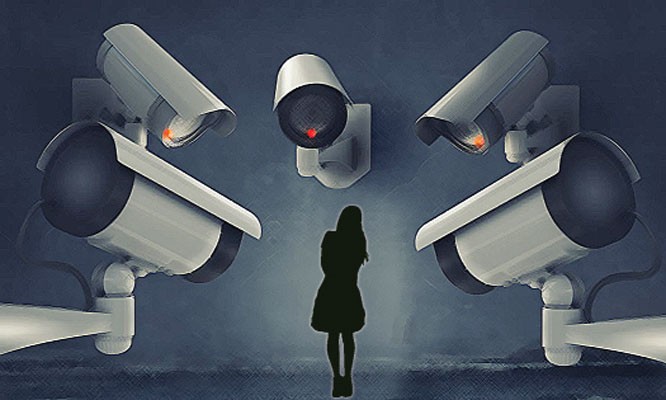 The cat is out of the bag. Privacy in Pakistan has long been treated as a privilege, not a right. Yet the tide appears to be turning; one ripple at a time.

Parts of the country are still reeling from the leaked video scandal involving at least two Lahore cinemas. Security footage recorded by night vision cameras captured real-time images of couples being intimate, unaware that Big Brother was not only watching - but also sharing his findings across as many social media platforms as possible.

In truth, this should have been treated as a simple matter of public indecency under Section 294(a) of the Pakistan Penal Code (PPC). Especially given that certain safeguards are in place to protect women. These include amendments to the Criminal Procedure Code (CrPC), which now provides that action can only be taken by a superintendent of police; dependent on a magistrate’s permission. Meanwhile, the circulation of explicit material is a criminal offence under both Section 292 of the PPC and the more recent Prevention of Electronic Crimes Act 2016. That the spirit of the law is not being upheld is evident. Indeed, current cyber crime legislation seems to unduly focus on cajoling the citizenry into starting blasphemous rumours against one another. As everyone but their cat reaches for a smartphone and prays.

Civil society activists have been quick to respond with the #PrivacyIsRight campaign, spearheaded by public policy and development specialist Salman Sufi and Digital Rights Foundation (DRF) Executive Director Nighat Dad. Their list of demands is as short as it is simple and requires that: all public buildings and institutions display clear signs wherever CCTV cameras operate; all footage is deleted after 24 hours (security- or safety-related threats notwithstanding); staff are cautioned against allowing unauthorised access to recordings; no cameras are installed in washrooms or changing rooms; managements take full responsibility for leaked videos.

This is a crucial starting point. Particularly, as it raises necessary questions about privacy and consent. All of which impact women more acutely than men. It is slut-shaming by every name. Yet we need to look beyond salacious opportunists and also hold to account the mainstream media. For it is here that women are unwittingly used as clickbait; their images splashed across all mediums for man, woman and cat to see - no consent sought. In newsrooms across the country, men can be found zooming in as they determine who is the fairest of them all. While society page photographers have been known to boast of ‘papping’ women’s cleavages. Because they can. It is therefore imperative that photojournalists approach anyone and everyone before getting shutter-vision happy; offering proof of identity as well as disclosing which outlet will ultimately carry these images.

If nothing else, the fourth estate should learn lessons from the Times of India, back in 2014, it decided to zoom-lens into the décolletage of a Bollywood actress as she engaged in red carpet promotional rounds. The publication responded to her complaints by highlighting a risqué calendar shoot in which she had recently participated; citing double standards. And in doing so, completely erased an important word from the discourse: consent. Other areas where the media continues to let women down is by scrolling through social media accounts in search of photos that can be used to ‘shame’ them for how they may or not socialise at private downtime gatherings. Nor do international news outlets receive a clean chit, either. Especially when they put similarly-sourced photographs of a female journalist -- whose violent sexual assault at Egypt’s Tahrir Square landed her in hospital -- in a swimming costume as a visual accompaniment to the story. Elsewhere, a law criminalising up-skirting came into effect in England and Wales this April (Scotland had deemed it an offence as far back as 2010); targeting those who point cameras up women’s skirts or dresses for sexual gratification. But even this legislation is lacking; essentially giving the paparazzi a free ride regarding unscrupulous pictures of female celebs. For monetary exchange is the name of that sordid game. It is, after all, a rich man’s world. Still.

Pakistani women have seen what can happen when they try and reclaim the visual narrative. Qandeel Baloch challenged the toxicity of pervasive slut-shaming by turning the tables on the patriarchy itself; costing her life. The state, for its part, appears decidedly disinterested in protecting women from the dark side of man-made social media. Apart from when appropriating white privilege to sell the dream to the whole world that Pakistan is a safe country for those at the receiving end of systematic misogyny. Of course, women here need to see a western chick on bicycle in Peshawar like a fish needs to swim upstream.

The only question that needs to be asked is: just how many more women is the law willing to fail?