Basanti: for the love of desi food 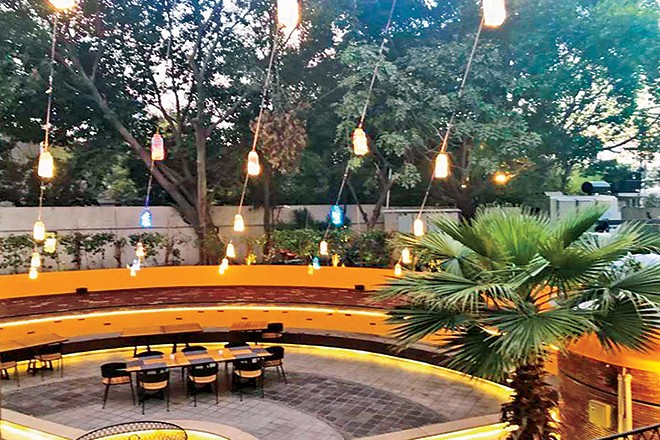 We all hold Pakistani food up to high standards and why not? There was a time when Lahoris had to venture all the way to ‘purana shehr’ for a decent meal of our beloved local cuisine: the barbeque, masala chops, tawa chicken, halwa puri, paaye, taka tak, murgh chholay and what not. That’s not the case anymore what with Spice Bazaar, Wazwan, Roti, Baranh all on the culinary horizon in Gulberg and Noshakh and Patli Gali in Defence. There’s more: the owners of Café Aylanto and Fuchsia Kitchen have now opened a new venture called Basanti.

Housed inside the same area on Hali Road as Fuchsia, one can instantly see the vibrant desi flair in the right wing of the restaurant. Truck art installations, kites hanging from the ceiling and walls, and funky posters tied together really make the ambiance and set it apart from Fuchsia’s classic purple aesthetic. While the seating area is smaller than the former, it’s a good enough size to start a restaurant with. The outdoor seating area, which’ll definitely be a favourite in the upcoming winter months, is similarly lit up and decorated. The summertime weather that I went in, however, made me perfectly happy with just admiring it from the cool, air-conditioned inside.

Upon getting the menus we spent a couple of minutes appreciating the names; Nazuk Samosas, Nani Ka Jheenga Masala, Truck Adda Ki Chai and Maa Ki Khatti Daal - apt names that evoke memories of everyone’s best home cooked and experimental desi meals. We decided on Chicken Malai Kabab, Maa ki Khatti Daal, BBQ Mutton Chops, Palak Paneer, Baqar Khwani Paratha and Salted Lassi to wash it all down. For dessert we ordered the Karak Chai Ice Cream, which was too intriguing not to try!

The Mutton Chops arrived on a bed of coals with grilled vegetables on the side. The meat was incredibly tender and slipped right off of the bone. They were seasoned to perfection and had a slightly smoky, chargrilled flavor which added to the overall taste. The Chicken Malai Kabab similarly came on a grill and looked like the usual on first glance but breaking them into half on one’s plate was a visual delight as butter and oil came oozing out. Melt in the mouth goodness is what I’d call those kababs. The Palak Paneer at Basanti was good, but it wasn’t great for its creaminess was a bit compromised on, by my standards. I did however like the crispy on the outside and soft on the inside paneer.

The Baqar Khwani Paratha, the lassi and the subsequent dessert deserve their own paragraphs each but it’s suffice to say that they were the best versions of each that I’ve tasted so far. The paratha was layer after layer of crunchy and flakey goodness. It wasn’t too heavy and neither was it oily - a perfect pairing for everything else on the table. With this amount of food, it was necessary to wash it all down - desi style. Their lassi is usually sweet but the Kashmiri that I am, I cannot have my lassi sweet so they graciously made mine on request. Light yet creamy and super refreshing, their lassi is highly recommended for its digestion aiding purposes.

Moving on to dessert, Basanti serves its French toast with Karak Chai Ice Cream, which I realized was the perfect mix of western breakfast influences with something so utterly subcontinental. People dip their toasts in chai otherwise, but this took the experience to another level. Sweet, soft bread dipped in cold chai flavoured ice cream - it was heavenly.

Basanti’s end note was made even sweeter when the waiters came and left cotton candy in small truck shaped decorative boxes and gave the women bangles matching the clothes they were wearing - talk about attention to detail.

Basanti: for the love of desi food