Politics of patronage and clientelism -- II 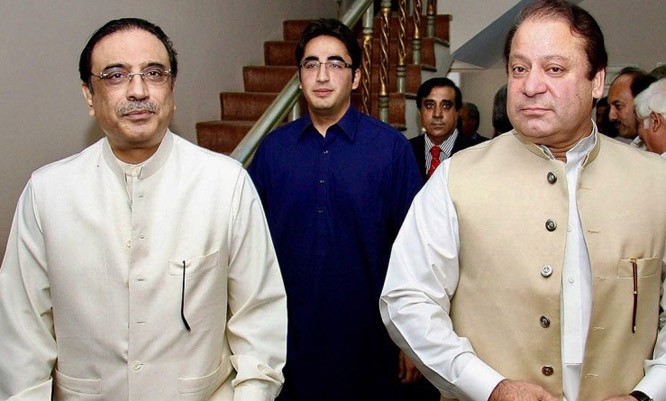 A reform process is vital to making a democratic order a meaningful proposition. Reforms ensure that socio-political evolution continues to unfold as a process and is not over as a single-act phenomenon. The politics of patronage, which in our case is a feudal-colonial legacy, can only be eliminated through a process of reform. It is easier said than done.

In a state and society totally besieged by patronage and clientelism, a democratic system ceases to be dynamic. It becomes a reflection of the will of a few individuals. Most of the resources are usually diverted to serve their interests. The interest groups -- beneficiaries of patronage and clientelism -- put up stiff resistance to any idea of reform, which if given effect, would thwart the prospective dividends that might accrue to them.

Hurdles in the way to carry out reforms are far too many, from conception to the areas and spheres needing reforms and how to go about it. They require a thinking process that is markedly missing in many polities.

In the case of Pakistan, the reforms carried out by autocratic regimes attained greater success. These included Ayub Khan’s policy of liberalisation of economy and land reforms and Ziaul Haq’s Islamisation. These were successfully conceived and effectively executed. Reforms under Pervez Musharraf could have yielded good results but were mired in indecisiveness. These were directed to rein in District Management Group (DMG). It proved a herculean task. The entire system of governance revolves around DMG officers. Containing their powers without providing an equally effective alternative could have worked in any circumstances.

Democratic regimes have hardly any reforms to boast about. Zulfikar Ali Bhutto initiated several reforms in the 1970s, almost in every sphere of governance (for that, he should be given credit) but none of the reforms undertaken by his regime were perpetuated or institutionalised. The 1973 Constitution is Bhutto’s sole contribution of a lasting value. Bhutto, too, considered state institutions an impediment rather than a necessity, which they are. Reforming them in order to enhance their capacity to perform better had not been his motive.

Hurdles in the way of carrying out reforms are far too many, from conception to the areas and spheres needing reforms and how to go about it. They require a thinking process.

For him, the reforms of civil service meant demeaning it. This proved counterproductive. Despite all that, under Bhutto, politics and governance remained separate spheres. It was very rare for Bhutto to rub officers the wrong way just because they were not loyal to him. Nawaz Sharif had a clear preference for bureaucrats and officers who were personally loyal to him. His younger brother went to the very extreme in promoting those he preferred, usually young officers.

In the absence of merit and consideration for seniority, the Civil Service underwent erosion beyond rectification. The ‘Sharif era’ was, thus, a stark example of patronage and clientelism perfected into an art form. Sharifs and their cronies had neither the intention nor the motivation to undertake reforms. Their rule was personalised to the hilt, and they hardly cared for the institutions. The politics and the government were entwined in such a manner that they had become virtually indistinguishable. That was the reason democracy under them failed to reflect the aspirations of the masses. Asif Ali Zardari-led Pakistan Peoples Party governed in an even worse manner. They appeared not to care about issues of governance at all.

Another dilemma with democratic regimes in the underdeveloped polities, including Pakistan is their failure in forging a consensus in identifying the problems that the society and the state are beset with and then finding answers through reforms. For that, one needs to develop a consensual agreement between various stakeholders, which has not come by. The requisite competence to prepare a workable reform agenda is non-existent among the people at the helm. Unfortunately, this era is replete with populist politicians who are only good at demagogy. They are devoid of any capacity to bring about any qualitative changes so that the lot of the commoners can be ameliorated. Worryingly, such indifference to looking for creative solutions for the resolution of everyday problems is not limited to Pakistan.

Many polities are plagued with similar problems but their leadership is inadequately equipped to change things for the better. In several democracies, carrying out reforms has been a cumbersome process. In the United States, the Pendleton Act was passed in 1883 to reform the civil service but it was not until the 1920s that a large majority of public servants were put under a merit classification system. Thus, in any democratic dispensation, roadblocks existing because of inherent checks and balances in the system, don’t allow smooth implementation of reforms.

In underdeveloped polities, reforms are sometimes introduced not due to political necessity but at the behest of donor agencies. Such reforms are, in most cases, overseen by technical experts who are on the payroll of the donors, so that the well-being of the people is not among their priorities.

The reforms proposed and effected by aid agencies in which no political motivation is involved add to the burden on the citizenry. Therefore, as far as the benefit of the public is concerned, such reforms prove futile. Ever since the role of ideology has been squeezed out of the equation, patronage and clientelism have overtaken politics.

Commoners are left out to fend for themselves in a climate of soaring prices of consumer goods with no one paying heed to their grievances and deprivations. These problems notwithstanding, reforms are necessary to increase the capacity of state institutions and to make things more transparent. The current government ought to be mindful of the fact that good intentions are not enough to run a country.

Politics of patronage and clientelism -- II