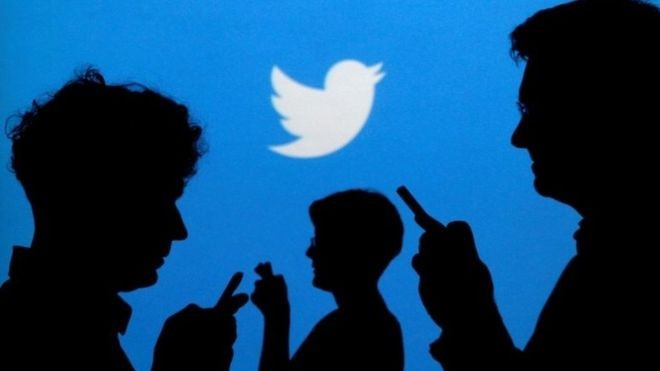 "Governments of the industrial world, you weary giants of flesh and steel, I come from cyberspace, the new home of mind. On behalf of the future, I ask you of the past to leave us alone. You are not welcome among us. You have no sovereignty where we gather," so began the revolutionary Declaration of the Independence of the Cyberspace, penned by John Perry Barlow, one of the pioneers among the internet’s founding fathers.

But Barlow’s utopic version of the internet has been challenged time and again, since his historic declaration 23 years ago. Year after year, the internet becomes a little more centralised, the power determining its shape and utility consolidated in the shape of a few large corporates and the narratives online increasingly controlled to serve the all-powerful nexus of governments, corporations and markets.

In the last few weeks, Pakistan-based social media users have had a crash course in the way this nexus operationalises to control and direct digital narratives.

"Pakistan authorities have taken up the case with Twitter and Facebook against suspending Pakistani accounts for posting in support of Kashmir. Indian staff at their regional headquarters is the reason", tweeted Director General of the Inter-Services Public Relations (ISPR) Maj Gen Asif Ghafoor on August 18. Prime Minister’s Focal Person on Digital Media Arslan Khalid revealed that the Pakistan Telecommunication Authority would complain about the blocking of around 200 Twitter accounts, tweeting in solidarity with Kashmir.

Tweets that seemingly triggered these shutdowns did not appear to be in violation of Twitter’s community guidelines. The Twitter rules designed to protect safety, privacy and authenticity present a basic guideline for users and twitter claims that it seeks to remain fair, informative, responsive and accountable when implementing the defined rules. However, in practice, the fair, responsive and accountable ideals appear to be simply ideals. The information received by those being penalised by Twitter remains limited to informing them in vague terms that their account activity has been reported.

The Twitter rules designed to protect safety, privacy and authenticity present a basic guideline for users and Twitter claims that it seeks to remain fair when implementing the rules.

"The way this information is actually shared appears to be more of an intimidation tactic rather than a genuine effort for transparency. Imagine receiving an ominous message saying your account had been reported to be in violation of a country’s laws and the report has come from a local law enforcement or government agency. For those engaged in dissenting political narratives, this message in itself can have a silencing impact," says Sadaf Khan, a digital rights activist based in Islamabad. "It is obvious that it isn’t just Twitter’s regulatory algorithms that are flawed, but also the manner in which they seek to implement them."

In addition to Twitter’s own issues, networks of social media trolls also gang together to devise ways of tricking the platforms to take action against accounts that are not actually in violation of the platform policy. An example is the recent wave of takedowns of unverified Twitter accounts of Pakistani celebrities tweeting about the human rights abuses in Kashmir. The accounts were blocked and suspended for ‘impersonation’.

"When armies of trolls get together and report unverified Twitter accounts for impersonation, they can easily get them suspended for brief periods of time, before Twitter realises the issue and restores them. We have seen this happening since India’s recent decision regarding Kashmir. Since some of the people whose accounts were suspended in this fashion are celebrities in Pakistan, the issue has gotten some attention in the media," says Amel Ghani, a journalist who has been following these developments closely. "The recent series of takedowns demonstrate what kind of networks, algorithms and automated complaint systems these platforms have in place."

The issue is obviously not limited to Twitter. In both Pakistan and neighbouring India, Facebook’s popularity surpasses Twitter by far. As far as stated policies go, Facebook presents a rosy picture. Mark Zukerberg, Facebook’s founder and CEO, accepts ‘immense responsibility’ and acknowledges that Facebook has "too much power over speech". Sharing ideas to regulate the Internet, Zukerberg calls for a global framework of content regulation and standardised regulatory practices across platforms. However, the standardisation and universal application of rules being preached by Zukerberg doesn’t seem apparent in Facebook’s own implementation of its community guidelines.

"The problem with automated systems, including regulatory algorithms, is simple -- if you understand the system, you can find a way to manipulate it. So, if I just have enough number of people reporting a piece of content, I at least get it deprioritised, thus almost making it disappear from people’s timelines," says Khan. "Facebook claims that they use human moderators, proficient in local languages and contexts, who make the final decision to remove content. But looking at the content that is blocked and the content that remains available brings this claim into question."

The transparency reports released by these corporations demonstrate that governments from both Pakistan and India continue to report and demand action against various accounts, but the nature of these complaints and the targets remains a mystery. With limited information officially available to determine how corporations deal with individual governments, looking at size of markets in different countries can give some insight into these relationships.

Pakistan Telecommunication Authority estimates the size of broadband users in the country to be around 72 million, while Telecom Regulatory Authority of India states that the number of broadband users in India stands at 481.70 million. With these numbers, the corporations like Facebook and Twitter that are essentially capitalist business entities, the decision to choose one narrative over another would seem to be a simple one.