The politics of gang culture 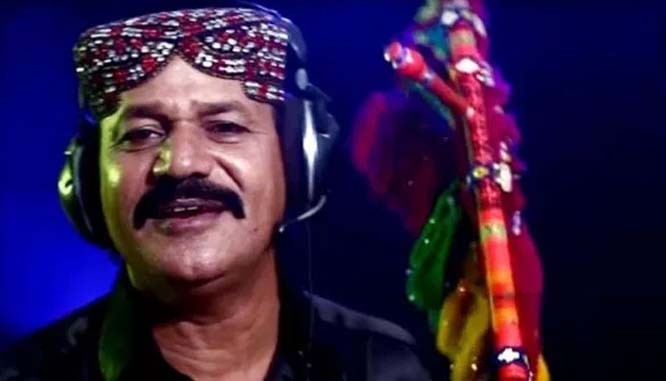 The recent kidnapping of a Sindhi folksinger and the killing of a senior police officer in Shikarpur have once again brought the dacoits operating in Sindh’s katcha (riverine) area in the limelight.

In an operation to rescue the singer and his team, the police lost Deputy Superintendent Rao Shafiullah, who was shot in anti-aircraft gunfire as he stepped out of the armoured personnel carriers (APC).

The centuries-old thick riverine jungles of Indus, stretched over hundreds of miles on both banks of the river, are safe havens for dacoits, writes Imdad Hussain Sahito, an academic at Shah Abdul Latif University, Khairpur’s Department of Pakistan Studies, in one of his papers. "In the period between 1984 and 1994, the rural areas came under the criminal grip of dacoits. The provincial authorities failed to control them."

Citing official statistics, Sahito states that during this period, dacoits kidnapped more than 11,000 people for ransom, killed 1,337 and collected billions of rupees in ransom.

The rise of dacoits in the katcha areas of Sindh is popularly traced to the regime of Ziaul Haq. It is claimed that gangs of bandits were strengthened to counter the Movement for Restoration of Democracy (MRD), a political campaign against the military dictatorship. The political instability in the 1990s allowed them to thrive. Between 1992 and 1994, the government of former prime minister Nawaz Sharif launched an anti-dacoits operation, Blue Fox, during which troops were sent into the jungles of Indus to raid the gangster dens. However, the gangs were able to regroup again.

Journalist Rasheed Memon says the local tribal chieftains patronise dacoits. "They use them to serve their own purposes - to murder their enemies, help settle feuds and use violence to help them win elections."

A symbiotic relationship is alleged between the dacoits, the local tribal chieftains (many of them politicians) and the police. Rasheed Memon, a journalist associated with a Sindhi news channel, says the local tribal chieftains patronise dacoits. "They use them to serve their own purposes - to murder their enemies, help settle feuds and use violence to help them win elections."

"Tribal leaders create a buffer between dacoits and state authorities, especially the police. They provide them funds, legal services, arms and safe passage to the katcha areas," Memon tells TNS. He adds that the Sindh government is reluctant to launch a full-fledged crackdown against the dacoits because "it does not want to annoy the local tribal chieftains who support the ruling party."

The law enforcement agencies, especially the police, claim that in a crackdown that started in 2014 most of the gangsters operating in northern Sindh were killed, the remaining either surrendered or went into hiding. On the ground, the gangs and their menace persist. In some cases, the police are accused of helping them.

Yet, the police are often first in the line of fire. In the past few months, several police officers have been killed by dacoits who use modern weaponry, including anti-aircraft guns that can hit the policemen even inside APCs. On June 2, at least three police officers, including an SHO, were killed in Shikarpur’s Shah Belo forest when their APCs were targeted by dacoits. On July 15, a police ASI was killed when his APC was attacked while pursuing dacoits in the same forest.

Around 50 police officers, including deputy superintendent of Ranger and two SHOs, have been killed in the last 10 years in Shikarpur’s katcha areas, according to an August 23 report in The News.

Shaharyar Khan Mahar, an MPA from Shikarpur, says that the "dacoit phenomenon" has become a serious problem in the three districts of Shikarpur, Jacobabad and Kashmore. "There are five gangs of dacoits operating in the district. They are challenging the writ of the state. The Sindh government and the police have failed to take adequate action against them."

Mahar also raised a point of order on the issue in the provincial assembly.

He says that between May 13 and July 31, this year, 40 people, including 6 policemen, have been killed by the dacoits in the area. "The government and the police failed to protect them."

During a recent visit to Kandhkot, Sindh Police chief, Dr Kaleem Imam, said that police had devised a master plan to launch an operation against the dacoits in the katcha region. "We will use aircrafts and probably intelligence. We have to end the menace of the criminals in the katcha region."

He adds that the low ranking officers are often locals and "embedded in the tribal system". "They are caught in a vicious web, between the tribal chiefs and the dacoits."

The writer is a The News staffer in Karachi. Email: [email protected] and Twitter: @zalmayzia.

The politics of gang culture