On films, villainy, and being a filmi villain’s son 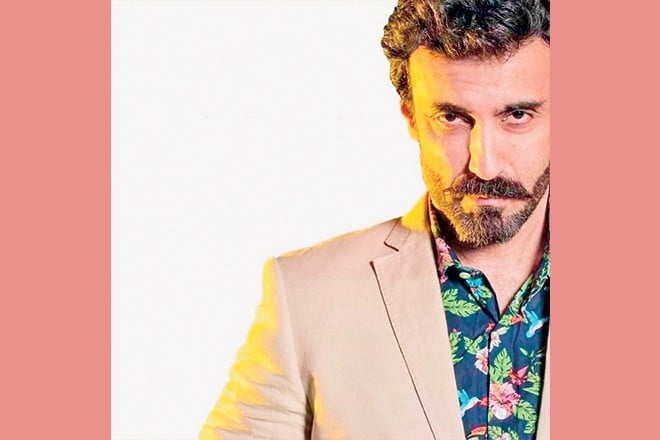 You may have seen him getting thrashed by leading men in films, but there is more to Aamir Qureshi than meets the eye. He was not only the first Pakistani to venture into the satellite world (with Postcard from Pakistan) but at the start of his career, reflected more of his mother’s genes than his father’s. Being the son of veteran singer Rubina Qureshi, he ventured into music first but after a hiatus, returned to the industry as an actor. Instep on Sunday talks to Mustafa Qureshi’s only son on working in films, winning awards with his short films and how does he feel on being compared to his father.

Instep: Is being related to one of the biggest film villains in Pakistan a blessing or an obstacle?

Aamir Qureshi: When I started my acting career, I thought it would be a blessing but trust me, it has been anything but that. As an actor, the characters I got were mostly villainous - a villain’s son is also a villain - and people stereotyped me without trying me out. In fact, people thought that since my father essayed negative characters most of his career, he must have pushed me to do the same, which is not true. He wasn’t in favor of me becoming an actor and maybe that’s why he sent me to England for further studies when I was starting off well in the music industry. In fact, I might be the most educated actor in the current lot - MBA from Lahore, MSc Marketing from Leicester - just because my father didn’t want me to join the industry that he ruled for so long.

Instep: Now that you are part of the same fraternity, does it help or not, being your father’s son?

AQ: My father might be a legend but many in the industry still don’t consider him that. I don’t know why but those very people started avoiding me and despite being fit for the character, they refused to cast me. My aim was to make him feel proud of my achievements but the sad part is, he has never seen any film or play of mine, that’s the disadvantage of being the only son of a very successful father.

Instep: Not many people know about your struggle, which began way back with VJ and continues to date…

AQ: It was through Dr. Riffat Siddiqui’s VJ that I entered showbiz, first as a music composer turned singer and later as a host. In those days, the show was directed by Raheel Rao and Lips Records used to make free music videos if you had a song ready. My song ‘Alvida’ became quite popular and although people today have no clue that it was me in the song, I am proud of it since it stayed on top of the charts for weeks. Then one day, when the show’s regular host Hadiqa Kiani was stuck, Raheel Rao asked me to host it and after initial reluctance, I went ahead and was later made the show’s solo host. It was in those days that Ahsan Rahim, Amena Khan, Jawad Bashir, etc. were starting out; in fact, I was the person Abrar ul Haq met when he came to our office with the audio version of ‘Billo’. I shouldn’t have left the industry back then as I went abroad, and left behind whatever aspiring career in music I had. That’s one of the biggest regrets of my life.

Instep: Wasn’t that the time when you started doing Postcard from Pakistan?

AQ: Yes it was and I am proud to be the first Pakistani to host a show on satellite, at a time when it wasn’t even aired from Pakistan. We aired 26 episodes of the show and people loved it because it was one of the first ‘international’ projects from Pakistan. It used to run side by side with Amol India Show on the same channel - Star Plus - and when it ended, I went abroad to study. When I returned, all my colleagues had become superstars - Abrar ul Haq, Jawad Ahmed, Najam Sheraz, Shiraz Uppal - and I regretted leaving the industry more.  However, I turned a full-fledged music composer on my return and had the honor of composing music for the SAF Games when Pakistan hosted them way back in 2004 and when the torch-bearing ceremony of the Beijing Olympics took place in Pakistan.

Instep: What happened to the singer in Aamir Qureshi?

AQ: I compiled my own album on my return but somehow it couldn’t be released - it had 11 songs in it, including my first hit ‘Alvida’. I did make up for that by composing Original Sound Tracks (OSTs) for many TV dramas and singing a couple of Reggae songs (the first Pakistani to do so) before relocating to Karachi for better opportunities. I took up acting some fifteen years ago, and since then it has been a journey that has seen more lows than highs.

Instep: We see you regularly in films but not on TV, despite doing well in some recent hits. Why?

AQ: I started my acting career with Main Na Manoon Haar in 1999 and after returning from England, resumed acting nearly five years later. It was mostly supporting roles in sitcoms that came my way. I must mention the support of my guru veteran actor and director Manzoor Qureshi under whose direction I did my first serial Rasm e Wafa way back in 2006. Since 2010, I started getting recognition after I did my first film Bhai Log that also had Nadeem Baig, Moammar Rana and Shamoon Abbasi in important roles. That’s when I decided that my aim is to produce a film, no matter how much time it takes. The destination is set and TV provides me the means to stay in sight.

Instep: You have become more regular in films, with your positive roles in Project Ghazi and Baaji being appreciated by all. Thinking of switching sides?

AQ: I enjoyed being part of both films because I got a rare positive role in both of them. While Project Ghazi was a little futuristic, Baaji gave me a chance to show my acting skills in whatever number of scenes I had. Unknowingly, my father and I are part of the film as he plays a cameo in the film’s end credits while I make my presence in the latter half, as a police officer.

Instep: You recently directed a couple of short films that have been nominated for international awards; tell us something about that?

AQ: The aim is to produce quality films and that’s why I am trying my hand at writing, direction, and other fields to understand how to produce quality work in the least possible expenses. Finances are important to films and in order to keep my kitchen running, I have to work on TV and films which provide me means to stay afloat.

Instep: And then there was Altered Skins …

AQ: Oh yes, working with Juggan Kazim, Ali Kazmi, Nimra Bucha, Salman Shahid in an international film was a great experience. But it wasn’t my first; before that I acted in one episode of a National Geographic serial, titled Jailed Abroad, for a British Company that introduced me to the international market.

Instep: How was the experience of working on stage that too with the likes of Faran Tahir and Ali Tahir in Bhai Bhai?

AQ: That was one of the few experiences that I would cherish till I live. I have known Ali ever since we were kids and he has been my best friend in the industry. Sharing the stage with both the brothers - Ali and Faran - helped me a lot as an actor. When one of your co-stars has worked with international stars such as Sylvester Stallone, Arnold Schwarzenegger, and Chris Hemsworth, you automatically feel important and that’s what happened with me in Bhai Bhai. It was my comeback to stage after more than two decades and returning to the roots made me realize its importance in developing an actor!

Instep: What’s next for Aamir Qureshi as an actor?

AQ: Last year, I had two films, and this year I had three releases. The films I am currently working on are Saiyyan (formerly Babylicious) where I play Syra Shahroz’s brother and Chaudhary where I play the main antagonist. The latter is based on the life and times of Super Cop Chaudhry Aslam and both will be ready for release next year. Then there is Shahid Nizami’s untitled crime thriller where I am the main villain (again!) alongside Alyy Khan and it will go on the floors next month.

On films, villainy, and being a filmi villain’s son