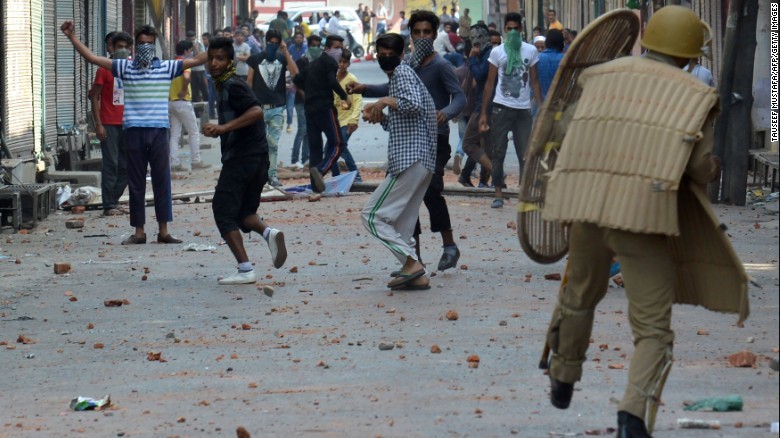 Long before Prime Minister Narendra Modi cast a colonising gaze on Kashmir’s freedom, his critics were convinced what his politics was all about: an exercise in social-religious polarisation. This means any surge in Hindu nationalism was designed to facilitate domestic divide and rule. But the dynamics today are much different.

Notions of a "divided" India are being used to fuel a rather sweeping, far-right "convergence" in the country: diehard Modi critics backing BJP proposals in the upper house, vast politicisation of top courts, state-led detention camps, a stronger foothold of the Rashtriya Swayamsevak Sangh (RSS) in mainstream politics, and the rapid departure of dissent from public discourse. Thus, born out of these drastic shifts is the central theme of Modi’s politics: the greater the external projections of a divisive India, the stronger his party’s resolve for a domestic counteroffensive.

It is against this backdrop that Pakistan’s diplomatic options on Kashmir appear more nuanced than anticipated.

First, internationalising the dispute helps capture India’s narrative where it is most vulnerable -- Kashmir as an internal issue. The presence of nearly a dozen UN resolutions on the bilateral dispute, and the 1972 Indo-Pak Simla Pact - which the former has repeatedly used to affirm Kashmir’s bilateral nature - is all evidence to the contrary. In fact, India’s Ministry of External Affairs was on record last month, acknowledging the dispute as strictly bilateral to Washington.

Moreover, the Instrument of Accession, which formed the basis for Indian claim on Kashmir, was meant to be followed up by a plebiscite. A referendum that placed Kashmiris at the centre of the decision-making process and Pakistan on an equal footing with India in its outcome.

No such effort took place. Not a single democratic arrangement in the past seven decades to let Kashmiris decide between India, Pakistan or their independence. Present-day slogans of Kashmir becoming "an integral part of India" carry nothing but the unilateral will of Delhi.

Secondly, Modi’s abrupt move threatens to drive separatist sentiment to a full-scale resistance. India is home to several insurgencies, and Kashmir could be a welcome addition to the list. Its long history of resisting the Indian state presents a justification for continued violence in the region, especially when the resulting hostilities bolster Modi’s "One Nation, One Constitution" Hindu nationalist design.

In addition, the state’s sweeping abilities to introduce curfews and terrorism charges (without following the due process of law), could easily usher new waves of violent nationalism into a nuclearised neighbourhood. The long-term consequences of Delhi’s provocation threaten to outweigh the horrors of the present-day lockdown.

With resentments simmering beneath indefinite curfews, it is unlikely that peace in Kashmir would prevail by force instead of engagement. And if a stronger military presence can achieve that outcome, presumably, it would have succeeded decades ago.

Pakistan also views the scrapping of Article 370 as a dangerous precedent for democratic rule in South Asia. The Jammu and Kashmir Reorganization Act, which became the basis for New Delhi’s abrogation of Kashmir’s autonomy, was endorsed by both the upper and lower houses -- as if the will of the parliament mirrored the will of seven million Kashmiris. This use of parliamentary consensus to alter constitutionality hundreds of kilometres away sets a dangerous precedent for democratic practice in the region.

Interestingly, India’s handling of Kashmir seems to propel Pakistan’s efforts to worldwide attention. Tear gas and pellet guns have resurfaced at rallies. Arrests and protests have intensified. More local journalists appear in military custody. Accusations of false-reporting have been hurled at the press. Several petitions challenging the revocation and lockdown were heard by the Supreme Court, but denied immediate ruling. And yet, a heroic Modi could still be seen underlining the merits of a free and modern India, as Kashmir’s draconian lockdown approaches its third week.

The biggest challenge for Pakistan lies in navigating policy differences among major powers. Its position on Kashmir gained early traction in the UN Security Council talks last Friday when members urged both Pakistan and India to resolve the dispute "bilaterally". However, the fact that none except China seemed to question India’s resistance to bilateral dialogue, says a lot about future impediments. It is in Pakistan’s best interests to be aware of all potential geopolitical considerations driving this reluctance, and exercise even the slightest strategic leverage to get future headway on Kashmir.

With resentments simmering beneath indefinite curfews, it is unlikely that peace in Kashmir would prevail by force instead of engagement. And if a stronger military presence can achieve that outcome, presumably, it would have succeeded decades ago.