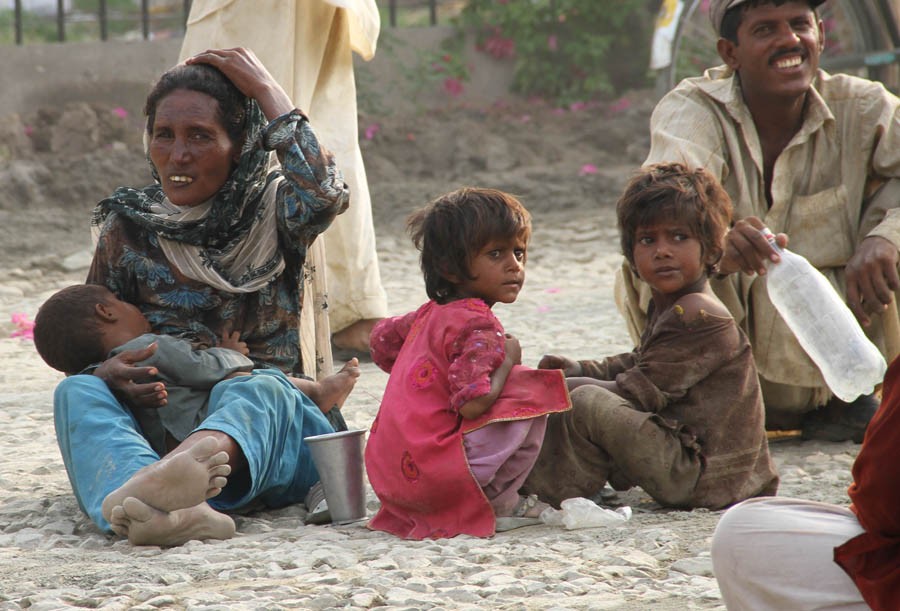 As Pakistanis and citizens of the Global South, we see poverty daily. Evidence of its outreach and consequences can be found in every street, nook and cranny. In every child who should be in school but is, instead, begging on the roadside dressed in rags; or in the family of 10 that lives in two rooms with neither a concrete roof over their heads nor access to clean drinking water; or the wretched of the earth, both man and animal, who rummage through garbage pile after garbage pile in the hope of happening upon small scraps of food.

General consensus recognises that poverty goes hand-in-hand with unemployment, rising crime and lack of education and healthcare facilities. These represent tangible cause and effect. Yet what of the nexus between poverty and mental health? This is an area that needs urgent attention.

Chronic poverty may be defined in terms of an individual or group that experiences poverty over an extended period of time; living on one meal or less a day and never knowing from where the next one will come. In such circumstances, children inherit poverty. When parents are unable to provide food, clothing and shelter to children - the psychological fallout may manifest itself in feelings of overwhelming helplessness and depression. Similarly, prolonged bouts of being ‘down on one’s luck’ due to lack of opportunity can provoke extreme negativity. All of which are comparable to the emotions and behavioural patterns exhibited by those suffering from mental trauma.

The young are more at risk from poverty-related mental health issues. Pakistan is currently home to the largest percentage of youth in its history; making it the second youngest country in South Asia after Afghanistan. According to the (2018) National Human Development Report (NHDR): 64 percent of the total population is below the age of 30 years while 29 percent is aged between 15-29 years. In its report, Preventing suicide: a global imperative, the World Health Organisation (WHO) notes that suicide was the second leading cause of death for 15-29-year-olds globally in 2016; 79 percent of which occurred in low and middle-income countries. Pakistan falls into the lower-middle income bracket. The crisis could not be clearer.

Impoverished nations have limited means of guaranteeing the full social, economic, and political participation of citizens that is so necessary to tackling mental health challenges. Fiscal constraints mean that such avenues, including crucial community-based support, do not receive adequate funding. Thereby leaving young people vulnerable to drug abuse.

Pakistan has much work to do. According to the WHO, as per 2014 data, the number of practising psychiatrics in the country totals 400; with just five healthcare facilities equipped to treat mental health issues. A mere 0.4 percent of the budget was allocated to mental health (2014). When it comes to meeting child and adolescent mental healthcare needs, the situation is even direr. In short, there is no form of mental health support in terms of education, facility or expertise that caters either to the poor or to the young.

Poverty directly impacts how our brains work. Indeed, current research identifies a link between poverty and depressed cognitive development in children and adolescents.

Poverty directly impacts how our brains work. Indeed, current research identifies a link between poverty and depressed cognitive development in children and adolescents. This not only affects memory, attention and problem-solving but also the ability to cope with chronic trauma.

Addressing mental health needs can boost preventive treatment while helping individuals to better cope with chronic adversity. It is never too young to start. If, for example, children are encouraged from an early age to tune into emotions and behaviour, they will inevitably be in a better position to channel these in more constructive ways. Moreover, increasing evidence suggests that the implementation of mental health programmes for schools positively affects academic performance as well as overall well-being.

It is therefore imperative that Pakistan prioritise mental healthcare preventions and solutions. However, this will require support from all agencies, particularly government and education institutions.