"Write as if rain were falling on the page"

Among the various tributes in Aamer Hussein’s latest collection, it is his memoir of Qurratulain Hyder that touches the heart 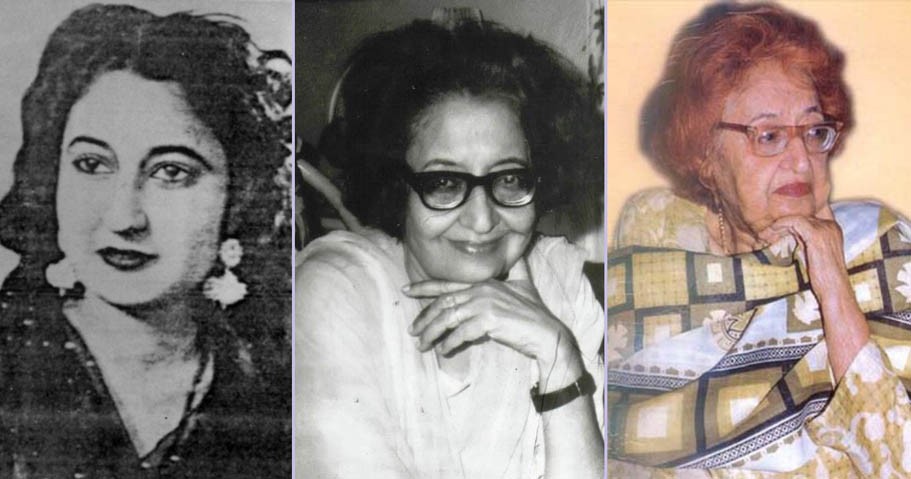 August 21 was the12th death anniversary of novelist and short story writer Qurratulain Hyder. Just a week before that, I was reading Aamer Hussein’s most recent collection of short stories, Hermitage.

The book comes with acknowledged inspirations from Rumi and Attar, Urdu-to-English translations by Shahbano Alvi and Sabiha Ahmed Husain, from sources like the biography of Mae Chee Kaew, the autobiography of Ada Jafarey, the oral biography of Shaikh Rafiuddin Siddiqi, Sabiha Ahmed Husain’s diary, a photograph by Bina Shah, calligraphy of Shefta’s verses by Shueyb Gandapur and several other inter-texts from history, music, mysticism and literature. Hermitage, Hussein asserts, is "a collaborative venture". This big-hearted acknowledgement may be true for all the stories included in the collection except for Annie -- a story based on the author’s friendship of nearly five decades with Qurratulain Hyder.

Annie is a brilliant example of the wonders a story can do. Informed by the author’s access to Hyder’s personal and public life, the story brings us scenes from her Bombay flat in the 1960s and her Delhi house in the 2000s. It portrays her reading at SOAS in October 1986 and the launch of her book River of Fire at London’s Nehru Centre in the summer of 1998. We get to see her "small and spare in her smart sari, with a shock of cropped curls" when she was 41 and in Bombay. Sixteen years later, in London, "[s]he looked the same … though her short hair was henna-red now, and she wore western clothes for her research stints". The story praises her ability to swim through two languages, three countries and several cultures. It concludes with her musings on history in the following words: "[s]he traced every current event in the subcontinent, and in the Middle East, to the vicissitudes of Islamic history".

Alongside recollecting the life history of the Grande Dame of Urdu literature , the factual fiction offers quick comments on many of Hyder’s original and translation works. The story tells us that her book Akhir-e-shab ke hamsafar, is "a chronicle of East Pakistan and the creation of Bangladesh". Gardish e rang e chaman brings "the story of India’s courtesans right up to the present day". Ek Makalma is a story from her book Patjhar ki Avaz which, as the name suggests, is a dialogue that moves "between gossip and local politics to international affairs with terrifying prescience". The Dancing Girl was "her translation of Nishtar, an eighteenth-century memoir about the love affair of a courtesan and a clerk".

Annie is also an acknowledgement of Hyder’s mentoring skills. Her "immediate interest" in [Hussein’s] precocious reading habits", her promise-seeking question "Do you write in Urdu?", the echo of her words "write as if rain were falling on the page" or her spirit-lifting remarks on Hussein’s first collection of fiction, Mirror to the Sun: "You write very well. Hope to hear one day that you’ve won the Booker" is all that a protégé is really in need of.

Described by Fahmida Riaz as an "important figure on the British literary scene", Hussein does write as if rain were falling on the page. He has published nine collections of short stories and two novels. In recognition of his contribution to the art of storytelling, he was elected a Fellow of the Royal Society of Literature in 2004, becoming the first writer of Pakistani origin to hold the position. In 2010, his novel, Another Gulmohar Tree, was shortlisted for the Commonwealth Writers Prize (Eurasia Region, Best Book). He has studied as many as eight languages, i.e. English, French, Hindi, Italian, Persian, Seraiki, Spanish and Urdu; reads in all of them and is fluent in at least four of them. His stories have been included in anthologies in several languages including Arabic, Japanese, Spanish and Urdu. Most importantly, he can now respond in the affirmative to the question Hyder once asked him: "Do you write in Urdu?" Six of his Urdu short stories are already out, thanks to Dunyazad and Asif Farrukhi, and as he announced at a talk in Karachi, a collection of his Urdu short stories is on the way.

In the last line of Annie, he tells Hyder: "Annie Khala, your hand was always on mine … when I wrote."

"Write as if rain were falling on the page"