The rebirth of Bilal Ashraf 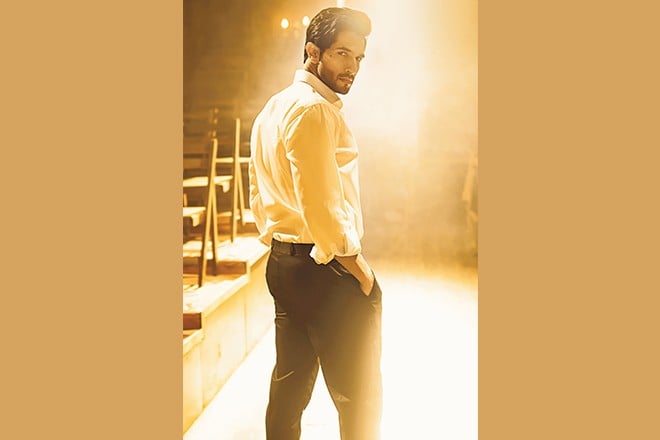 Good looks are key factor for an actor to appeal to his audience but good looks are subjective and they certainly don’t make up for unconvincing acting skills. Case in point - Bilal Ashraf - who caught the audience’s eye in 2016 with Janaan and then in 2017 with Rangreza (he appeared in O21 and Yalghaar in 2014 and 2017 respectively, as well). He may have caught the eye but he couldn’t win a spot amongst Pakistan’s top actors - despite the looks - simply because he could not act. Come 2019 and something changed.

Superstar - Mohammed Ehteshamuddin’s debut film - released and Bilal Ashraf, the actor, who was often criticized for weak acting skills, came to prominence as Sameer Khan, the ‘superstar’ right up there with Mahira Khan. Months of coaching, acting courses and workshops in London as well as some acting sessions at NAPA in Karachi under the supervision of thespian Sunil Shanker paid off.

We sat down for a conversation with a somewhat nervous Bilal Ashraf prior to the release of the film; he spoke about his past projects, how he handled criticism and how long it took him to prepare for the role of Sameer Khan. While he is up for constructive criticism, the actor admitted that he laughs off negative feedback.

"None of us likes being criticized but while some of our work is appreciated, some isn’t," he began. "There is negative criticism, there is constructive criticism and then there is stupid criticism. Anything that is constructive, I take that seriously and work on but I laugh negative criticism off. In all honesty, I did work hard in my previous projects but I have never worked this hard in my life as much as I did for Superstar. I took the film very seriously and worked for those people who believe in me. There was so much that was happening and I guess I have given it everything."

He even took his shirt off for ‘Dharak Bharak’, the dance number that introduced Sameer Khan to the audience and required the actor to channel a certain physique. How easy or tough was that? He says it took him one year to achieve the body desired for the three-minute-long song, during which the actor had days when he could just drink a single glass of water.

The song came out a few days before the release of the film and gave way to all sorts of criticism. When asked about the song, Bilal explained, "There is a reason why we added that song in the film; it is an inspiration from all the cheap songs you can think of because that is the demand of that particular scene. It is not for everyone; it caters to a different target audience who would go all out playing a song driving around Sea View."

On being compared to Ranveer Singh, Bilal explained, "First, it is an honour that people are comparing me to him; he is fantastic, he is phenomenal. But there is no comparison. It is a different industry, it is a different mechanism. Budgets are huge there; their industry is totally different. Have you seen anyone dancing like this in any recent Pakistani film? But it will happen now; with a better physique, with a better dance. This is my prediction. It was a very bold effort; it isn’t a joke if you are in Pakistan. But the idea is to go out there and I think it is serving so many purposes."

The song isn’t the only thing that got peoples’ attention. Bilal convincingly pulled off the persona of a superstar, someone rich and famous yet humble; he also looked good with costar Mahira Khan and their scenes together made for some heartwarming romance.

Reflecting on his performances on the big screen so far, Bilal noted, "I feel a lot depends on a director and how he directs you; stage is an actor’s medium whereas film is a director’s medium because you are dependent on this one person’s vision. I always worked with new directors, who were making their first film, and you have to trust them one way or the other. It is actually about blind trust; once you are done shooting a film, nothing is in your hands."

Nonetheless, the actor didn’t shy away even once from accepting his shortcomings and admitted that there is always room for improvement. In fact, he was keen to talk about it despite the fact that he never wanted to be an actor; he has done double majors in Finance and Arts and is a minor in Psychology. It was his late sister’s dream that he is taking forward by getting into what she truly loved.

"My sister, who taught in NYU film school, was very fond of filmmaking but unfortunately she passed away; for me it is more about taking her dream forward and seeing how far it can go. And that’s what it is," Bilal shared, adding, "It is not about competing with anyone, it is not about becoming a hero."

"I never wanted to be an actor; I was not interested in becoming one," the actor furthered. "I sometimes still wonder what am I doing but it’s been a fun journey and I have made some great friends. Film for me is all about experience and I think for the audience as well; they come to see and share it. I am learning; I still have a lot of work to do and I am enjoying myself. We take life very seriously; sometimes we just need to calm down and relax, and enjoy every moment. That’s it."

Bilal takes pride in the fact that he represents Pakistani cinema wherever he goes, particularly outside Pakistan, since he is perhaps the only actor in the industry who hasn’t done television yet.

The rebirth of Bilal Ashraf