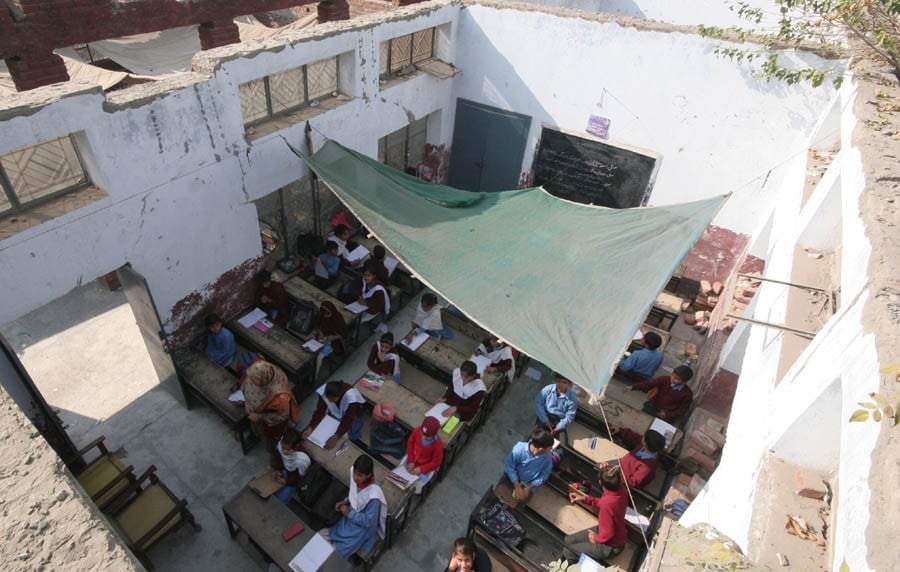 Article 25A of the Constitution promises free and compulsory education for every child between the age of 5 and 16 years. It is generally believed that the number of un-enrolled children in Pakistan exceeds twenty million. At an annual population growth rate of 2.1 percent, every year at least more than 4 million children are added to the cohort of school-going age children. Unfortunately, all of them do not make it to the schools.

On the supply side, the reason remains a shortage of public schools. The market provides education as a commodified service while state vows to provide it as a de-commodified social service. Primarily, the low-income citizenry look towards the state for providing education to their children. But the insufficient public sector education infrastructure and low quality of service delivery make accessibility and quality a challenge for policy makers.

Despite the best intentions, it is not possible for the developing nations to provide resources to overcome these problems. In this perspective, the idea of Public Private Partnership (PPP) is a marriage of convenience between the state and the market. The challenge for the policy makers is to align the social contract between citizens and the state with the logic of the market which operates solely on the profit motive.

In PPPs, the public and the private partners share risks, costs and resources for mutually agreed gains. The public-sector gains in terms of releasing the stress on public finances. But unlike the public utility infrastructure projects like urban ring roads or highway bridges, where the private partner makes financial investment in return for a concession to levy a user-fee, the situation becomes quite complex in case of the PPPs in education. Rather than the end-user, it is the government which pays the private partner.

In case of education, the private partner takes upfront costs in return for a regular agreed amount of payment by the public partner known as Private Finance Initiative (PFI).

In case of Pakistan, apart from philanthropy by some NGOs, various forms of public-private engagement are being experimented. For instance, in the Punjab, more than two million children are attending private partner schools of the Punjab Education Foundation (PEF) -- a public-sector entity. The PEF gives education vouchers to parents which are redeemable at certain partner schools and makes direct payments to partner schools of an agreed amount of monthly fee. It has entered PFI-based agreements to support establishment and operation of new private schools by making monthly payment to schools for each enrolled student.

In case of Pakistan, apart from philanthropy by some NGOs, several forms of public-private engagement are being experimented.

Operating on a business model, such new school establishment incorporates incurring upfront costs by making initial investment on school establishment. However, how far such varying partnership models help resolve the chronic problem of low quality in public education remains unknown. Empirical observations indicate that the private partners focus mainly on attaining financial efficiency which practically means only a reduction in operational cost by hiring less qualified and untrained low-paid teachers. There is a need to carry out systematic random evaluations to ascertain quality shifts.

Generally, in all such low-cost solutions, the private partners keep their investment as low as possible to remain a profitable venture keeping in view a low-level ceiling of agreed per student payment by the public partner. This creates a disincentive to make any investment to improve the quality of education.

For instance, continuous professional development (CPD) of teachers is an essential component of quality improvement but for the individual partners, running a partner school, such investments become unthinkable. The quality differential between public and such private partner schools remains barely discernible. To some extent, economies of scale may help in achieving some quality gains which makes a case for limiting such PPP ventures to relatively large organisations having a better access to capital, information and knowledge domain. The advantage of partnering with inexperienced individuals who lack wherewithal to cope with sophisticated requirements of educating the young minds needs to be re-evaluated.

Hitherto, the possibility of harnessing the private capital to tackle the problem of missing facilities in public schools has remained unexplored. The private sector can be invited to build science laboratories, libraries and early childhood education rooms on PFI-based PPP model. It remains the responsibility of the state to take necessary measures to improve the prospects of social mobility for the relatively less-advantaged citizens. This makes the issue of quality improvement in public sector schools a matter of paramount importance.

A sound regulatory mechanism must accompany a PPP framework in education. Demographic projections indicate that Pakistan’s population will double by middle of the century. In this race between numbers and resources, the PPP presents a potential solution to counter the challenges of education in Pakistan.