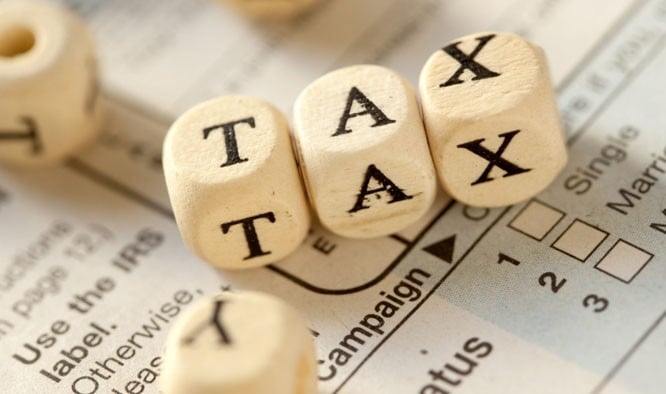 The existing tax appellate system -- hopelessly redundant, painfully unproductive and marred with inefficiency and inordinate delays -- needs complete restructuring so that fiscal disputes between the state and taxpayers get settled within a year at the latest. The 4-tier appeal system under the tax laws -- direct and indirect -- consumes so much time for final settlement that the very purpose of seeking remedy becomes meaningless.

The government in the past wasted billions of rupees, including huge funds borrowed from the World Bank and other donors, for tax reforms (sic), but no effort has been made to revamp the outdated tax appellate system for rapid disposal of tax disputes and reduction in litigation.

The following four-tier appeal process is in vogue under the direct and indirect tax codes:

A taxpayer, if aggrieved, files an appeal against the order of the Taxation Officer/Assistant Collector of Customs/Sales Tax before the Commissioner of Appeals/Collector Appeals who works under the administrative control of Federal Board of Revenue (FBR). It is a travesty of justice that the taxpayer has to seek relief from departmental authorities.

Tax codes are federal statutes but references against the orders of the Tribunals go to the High Court that works within the provinces. A person filing reference in Lahore High Court may get a different order on an identical issue filed in Sindh High Court. On identical issues, there is no certainty of uniform orders at the level of High Courts. It is, therefore, better to establish National Tax Court directly under the Supreme Court. Presently thousands of tax references are lying in the High Courts. It takes years and years at this forum for taxpayers to get the first hearing, what to talk of final decision that may take more than ten years.

If National Tax Court is established, there will be drastic reduction in litigation -- the National Court at its own can also elicit the opinion of the apex court on any important legal issue settling the controversy without proliferation of appeals on the same issue.

How tax cases are decided in our country can be illustrated in the light of Supreme Court’s decision in the case of Assistant Collector of Central Excise & Land Customs v. Mst. Siddiqan Afzal & Others 2008 PTR 34. This is a classic case of inefficiency and apathy on the part of the tax department and inordinate delay in dispensation of justice in Pakistan. The honourable apex court after taking into account the legal and factual positions held:

For this act of blatant maladministration, tax department in any civilized society would have been taken to task by asking to pay substantial pecuniary damages to the family. The accused passed away during litigation and his widow was unnecessarily and compulsively dragged in a long-drawn legal battle, which must have not only been costly but also agonising for her. This exposes the efficacy of our tax judicial system. One wonders if it really should be called a "judicial system" where proceedings started in 1963 were ultimately settled in 2007. This is just one example.

There are many others that can also be quoted. In a case reported as Crescent Distributors v. Customs, Excise & Sales Tax Appellate Tribunal & Others (2009 PTR 52), a simple dispute relating to whether a particular chemical item was exempt from sales tax or not was eventually decided in favour of the taxpayer after 9 years of struggle in Sindh High Court! Considering that sales tax law is applied on daily transactional basis it is indeed a pity that it took such a long time for the taxpayer to seek justice for a consignment imported almost nine years back.

If the tax appellate system is redesigned on two-tier appeal system (National Tax Court and Supreme Court), the following advantages will emerge:

Post of the Commissioner/Collector Appeals will stand abolished and their services will be utilised in the field where there is scarcity of officers.

Direct appeals will be filed in National Tax Court having registry offices all over Pakistan (present offices of Inland Revenue & Customs Appellate Tribunals could be utilised and more can be opened). In this way, taxpayers will have access to justice closer to home.

Taxpayers as well as the department will be relieved of the burden of pursuing their cases at four different levels.

Tribunals after conversion into National Tax Court and selection of judges by the Supreme Court will be better equipped to give quality and speedy decisions.

The High Courts would be relieved of the continuously rising number of tax cases that remain undecided for many years because of the huge pendency of other cases.

If the above reforms are implemented, there will be very few tax cases going to the apex court as only those will be heard where leave to appeal is granted entailing any important issue(s) of legal interpretation.

Tax appellate system -- like all other judicial institutions -- should be independent in the true sense of the word. The honourable apex court of Pakistan has elaborated this principle in Government of Baluchistan v Azizullah Memon PLD 1993 SC 31 by holding that "separation of judiciary from executive is the cornerstone of independence of judiciary". This should be equally applicable to tax appellate fora.

The right to access to justice is a well-recognised inviolable right enshrined in the Constitution of Pakistan. It means "the right to be treated according to law, the right to have a fair and proper trial and right to have an impartial court or tribunal". Justice in tax matters, therefore, can only be done if there is an independent judiciary which is separate from executive and not dependent on it -- PLD 1982 SC 146. The present structure up to the level of tribunal is not independent which is violative of law as laid down by the apex court in Government of Baluchistan v Azizullah Memon PLD 1993 SC 31.

The writers, lawyers and authors, are Adjunct Faculty at Lahore University of Management Sciences (LUMS).