Ethnic conflicts are an existential threat to many states. Therefore, it is critically important to understand their underlying as well as proximate causes 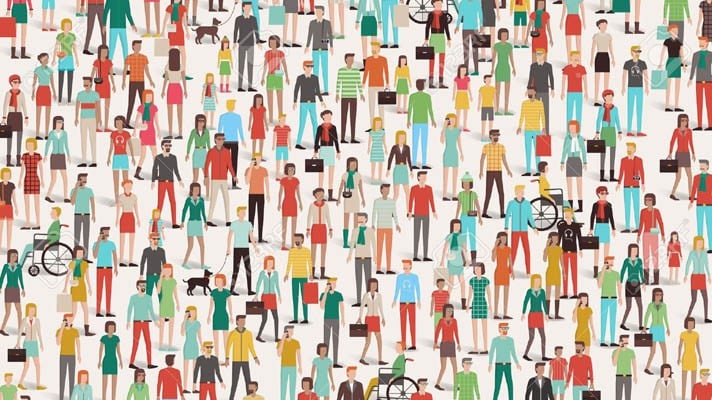 Conflicts on account of ethnic identity and racial origins and differences thereof have been a key feature of national and international life for centuries. These conflicts have not only been a cause of massive death and destruction but have also resulted in many wars. Ethnic conflicts have been particularly important since the dawn of the modern nation-state in the 17th century. It is important to note that the Westphalian peace of the 17th century put an end to nearly one and a half century of wars, conflicts and devastation perpetrated in the name of religion (more accurately, sectarianism within Christianity).

The foremost reason that the modern nation-state has resulted in increasing ethnic conflicts has been that since the Westphalian peace, states have had to be created on the basis of common history, culture, language and racial background. However, as no nation-state could have had a perfect ethno-linguistic or cultural community within its boundaries, members of other ethnic groups had to be accommodated, resulting in ethnic tensions leading to conflicts and crises.

In states like Pakistan, created in the name of religion, members of several rather diverse communities have to have their homes. Ideological states like the United States and erstwhile Soviet Union also have had to accommodate and reconcile tens of diverse ethno-linguistic groups. Irrespective of religion or political ideology (liberalism in case of the US and Socialism-Marxism-Leninism in case of Soviet Union) all states need a so-called national narrative, a euphemism for propaganda, to function, grow and sustain.

Approximately 80 percent of all states across the world are multiethnic, meaning that no ethnic group dominates geographical territories of these states. Noticeably, ethnic conflict has been one of the world’s most common sources of warfare, insecurity and loss of life.

According to the Minorities at Risk database (Minorities At Risk (MAR) is a university-based research project that monitors and analyses the status and conflicts of 283 politically-active communal groups in many countries throughout the world from 1945 to 2006), 121 major ethnic conflicts occurred between the years 1945 and 2003. It is noteworthy that of these around 40 percent conflicts started after 1990. This has much to do with the politics of identity that have been the zeitgeist of post cold war world. Since 1955, ethnic conflicts have killed between 13 and 20 million civilians in addition to producing 14 million internationally-recognised refugees and about 17 million internally-displaced people. There has been an exacerbation in the ethnic conflict in the last three decades due to the ever increasing population and the ever-decreasing and depleting natural resources within and across states.

Approximately 80 percent of all states across the world are multiethnic, meaning that no ethnic group dominates geographical territories of these states. Noticeably, ethnic conflict has been one of the world’s most common sources of warfare, insecurity and loss of life.

This must ring alarm bells for Pakistan where not only population has been increasing at a fast pace, but natural resources have also been depleting briskly. The ongoing ethnic conflict in Balochistan could be explained against this backdrop where the main reason for the conflict has been the ownership and control of natural resources, particularly natural gas and gold. The tribalism in the province factored in to make things worse.

In order to scientifically understand ethnic movements, we have to identify the objectives of ethno-linguistic movements that are wide-ranging but mostly political in orientation. These objectives include demands for self-governance, autonomy, better access to resources and power and respect for a particular group’s identity and culture.

An ethnic conflict arises if two or more ethnic groups compete for the same goals -- power, access to resources, or territory. Violent ethnic conflicts are caused mainly by social and political systems that lead to inequality and grievances and do not offer forums for the peaceful expression of differences and redressing of grievances.

Ethnic identity is the underlying cause of most conflicts. In ethnic conflicts the goals of at least one party are defined in ethnic terms, and the conflict, its causes, and potential remedies are perceived along ethnic lines. For instance, establishing a separate state for the aggrieved ethnic group or providing a share in political power and state resources. Thus more often than not the conflict is not about ethnic differences per se but over political, economic, social, cultural, or territorial matters and interests.

If the political goal of ethnic mobilisation is self-determination, the movement is called nationalism. Against this backdrop, the use of term nationalism in Pakistan for ethnic parties by ‘outside’ groups or the parties themselves has had negative repercussions.

Studies on ethnic conflicts reveal that ethnic disputes emerge in times of sweeping political, economic, and social change(s). Grievances and polarising leadership lead to mobilisation, ranging from political action to violent acts such as terrorism, armed uprisings, and guerrilla and civil wars.

The causes of ethnic conflicts may be studied in two categories -- ‘underlying’ and ‘proximate’. The former include structural factors, political factors, economic and social factors plus cultural and perceptual factors. Proximate causes embrace four levels of conflict triggers: internal mass-level factors (bad domestic problems); external mass-level factors (bad neighbourhoods); external elite-level factors (bad neighbours); and internal elite-level factors (bad leaders). States having territorially concentrated ethnic groups located near a border or with ethnic kin in an adjacent state have more chances of facing ethnic conflict. These groups show high levels of organisation and increased group cohesion and are able to use shared homelands as a territorial base for their political struggle.

An ethnic conflict is likely to happen in states where ethnic groups are inadequately represented in the government and the political and judicial systems. Liberal democracies that focus on the ideals of pluralism, individualism, inclusion, political debate and near-consensus among all participants are less likely to experience rebellion or uprisings.

Exclusionary national ideologies are an important cause of ethnic conflict. Nationalism and, in an increased form, citizenship based on ethnic distinctions are especially dangerous because such ideologies tend to flourish in situations of political uncertainty and economic collapse. Other forms of exclusionary national ideologies include religious fundamentalism and supremacist, fascist expressions. The MQM-London is an example of the latter.

Competition for limited natural resources, as explained above, is one of the major factors leading to ethnic conflict. Within the context of proximate causes refugees or fighters from neighbouring countries often bring violence and turmoil with them. Descent of millions of Afghan refugees on Pakistan and the evolution of the ‘culture of violence’ in Pakistan is an example of this.

Ethnic conflicts are an existential threat to many states. Therefore, it is critically important to understand their underlying as well as proximate causes to better manage them.

The writer is a researcher in public policy and governance. [email protected]