Most of the problems the Sahiwal coal-fired power plant has so far created, though limited to a small geographical locale, have not been resolved properly 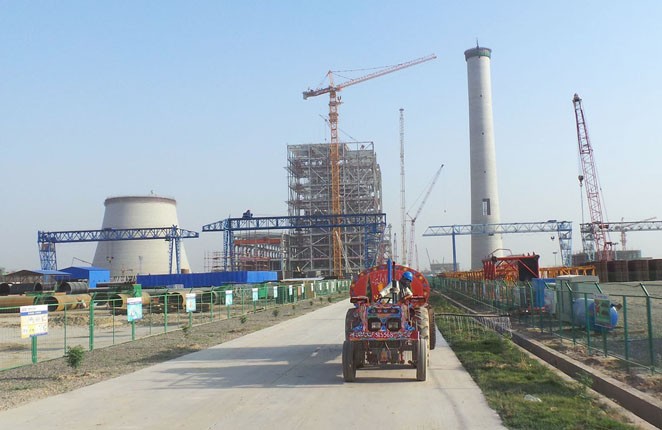 Coal is the most abundant fossil fuel in the world. Even after keeping the global industrial wheel rolling for centuries, it still accounts for two thirds of world’s fossil fuel resource base.

In man’s race for energy, coal use is ironically on rise amidst global debate about its deadly impact. While the developed world is rationalising its coal use by increasing reliance on renewable sources of energy, coal consumption in most of the developing countries continues to grow.

Intensive production, transportation and combustion of coal are man’s threatening footprints on planet earth, killing diverse forms of life, including human beings, and devastating the habitats these life forms need to live on.

World over coal mines are one of the most hazardous workplaces. Leakage of lethal gases, dust explosion, collapsing of mine stopes, mining-induced seismicity, mine water flooding and mechanical errors are the most frequent accidents which claim thousands of lives annually.

Transportation of coal from where it is mined to where it is burned causes a substantial amount of air pollution and other environmental harms. All along their routes, coal transporting vehicles release coal dust particles into the air, having serious implications for human health and safety.

Environmental risks of coal’s combustion, however, are far more grave and intense than the ones involved in its production and transportation. Coal combustion predominantly takes place at power plants.  Due to their devastative environmental impact, coal-fired power plants are being abandoned in countries like USA, Germany and China.

While shifting away from coal power to clean energy at home, China is aggressively investing in coal power plants abroad. On the other hand, developing countries like Pakistan facing an energy crisis are heartily welcoming Chinese financing for the dirty industry.

In the recent years, Pakistan has signed agreements for a number of coal power plants under China-financed multi-billion dollar Belt and Road Initiative (BRI) without apparently giving any much thought to the damage they will inflict on national economy, public health and environment.

Decisions in this regard seem to have been taken in haste and in an arbitrary way. The Sahiwal coal-fired power plant is one such example.

Coal-fired power plants, notorious for their adverse impact on public health and environment, are generally built away from human settlements. The 1,320 MW (2X660MW) Sahiwal coal-fueled power plant, however, stands amidst lush green fields in a densely populated area.

The main railway line linking Lahore to Karachi, Lower Bari Doab Canal (LBDC), and 500 KV national transmission line--lying in the close proximity of the plant--seem to have been decisive factors in selection of the site.

The site is more than 1,000 kilometres from Port Qasim, Karachi, from where 10,000 tons of coal is transported upcountry daily through train. Apart from the huge transportation cost, the coal dust particles swirling from open railway carriages and settling in human lungs all the way pose serious health and safety hazards.

Since it became functional in 2017, the plant has suffered three major hiccups. The first one was related to transportation of coal while the other two were of financial and technical nature.

Within a few months of its operations, supply of coal to the plant was suspended in October 2017 due to a customs duty related dispute between the Pakistan Railways and Port Qasim Authority, Karachi.

Next, the project came to the brink of closure when the government couldn’t pay Rs20 billion in power dues in April 2018. Next there occurred a technical problem due to which the plant had to be closed for a week in May 2018.

The plant has also triggered a water crisis, involving reduced canal water supplies and depleting the water table. According to a report by National Electric Power Regulatory Authority (Nepra), it requires 2,034,000 cubic metre water to carry out its operations.

The required water is drawn from LBDC, flowing just 600 metres south of the plant. Irrigation Department has been charging the cost from Huaneng Shandong Ruyi (HSR).

Withdrawal of the canal water for the plant has serious implications for the irrigation sector. Since the plant became operational,the farmers hailing from downstream villages have been facing severe reduction in supplies of canal water.

This has considerably increased groundwater use. Those not having tube-wells buy water from their neighbours. The additional cost of pumping or buying groundwater has increased farmers’ cost of production.

Increasing groundwater use, however, cannot be attributed exclusively to the farmers. During the canal closure for 15 days in October-November and 45 days in December-January, reads a media report, the coal power plant extracts the required water from ground.

This has intensified pressure on groundwater aquafer, resulting in fast depletion of water table. The water table, says a farmer, has been lowered by around 15 feet over the area in last two years.

Apart from reduction in canal water supplies and groundwater depletion, theash water and other wastes discharged by the plant will contaminate freshwater sources in the area.

The HSR has promised to construct an anti-seepage ash yard to prevent ash water from entering groundwater and do periodic monitoring of groundwater. To what extent these commitments have been honoured remains unclear.

The health effects from exposure to PM include premature deaths; chronic bronchitis and heart attacks; aggravation of respiratory and cardiovascular illness; changes to lung structure and natural defense mechanisms.

Mercury pollution from power plants is deposited on soil and in water, where it transforms chemically into a highly toxic form (methylmercury) that accumulates in fish tissue. Heat trapping carbon dioxide is the largest driver of global warming.

Most of the problems the Sahiwal coal power-fired plant has so far created are social, economic and political. Though limited to a small geographical locale, they have not been resolved properly.

The future challenges the plant is set to pose will be environmental, having serious implications for lives and livelihoods of the agrarian populace of the area. They will be far more complex and extensive in their nature.Will they ever be resolved is a question difficult to be replied in affirmative.

The writer is a student of anthropology and history