Coming up ‘trumps’ on Kashmir 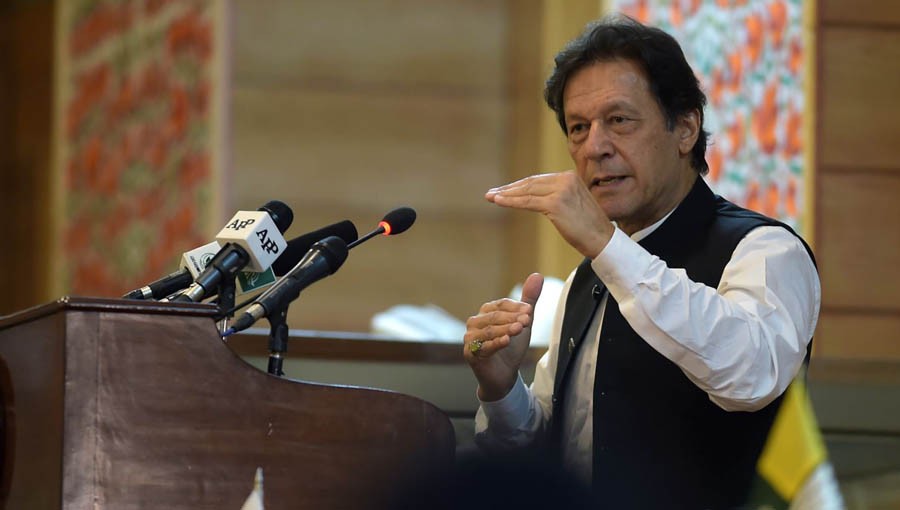 Narendra Modi has no qualms about putting the most ferocious cat amongst the unruliest of pigeons. Yet, this time around, his misadventure in Indian-held Kashmir (IHK) came with (un)fair warning. For the revoking of Articles 370 and 35A of his country’s constitution was always on the cards; featuring in the right-wing BJP’s (Bharatiya Janata Party) election manifesto in the run-up to this year’s general election. All of which begs the question as to how Pakistan was caught on the back-foot.

Where the Indian premier has been steadfast -- Prime Minister Imran Khan is prone to U-turns. And while there is much to be said for being open to the consultative process, Kaptaan’s detractors both at home and abroad interpret this as weakness; a government not in control of its affairs. This holds particularly true on Kashmir. From refusing to engage with Modi until after India had gone to the ballot-box, to suddenly, in the last furlong, lauding the latter as the best hope for bilateral peace. It is hard to ascertain what impact sustained engagement from the then incoming PTI (Pakistan Tehreek-e-Insaf) regime might have yielded. But peace always ought to be the first option.  There appears little chance of that now.

In doing away with the special status for Jammu and Kashmir and aiming towards unilateral bifurcation - resulting in the two union territories of Ladakh and Jammu and Kashmir -- the world’s largest democracy has reinvented itself as an occupying force. The BJP and its supporters may try to whitewash this as a necessary move towards ‘mainstreaming’ the disputed territory; ending the so-called ghettoisation of Muslims living there while refusing to recognise notions of Kashmiri identity. Yet not everyone is convinced, including voices from inside India. No one is certain as to what will be the final endgame.

PM Khan has cautioned New Delhi against military incursions on the Pakistani side of the LoC (Line of Control), citing credible intelligence that something is possibly afoot and vowing strong retaliation.  This is not the rant of a paranoid state, but an acknowledgement of the very real risk that, having effectively annexed IHK, India will set its sights upon Gilgit-Baltistan and beyond. India must be mindful, however, of the implications of the ruling PTI being, in its own oft-repeated words, on the same page as the military establishment.  Thus far Pakistan has endeavoured to internationalise the issue. And it is right to do so. For the world powers -- regardless of competing geo-strategic interests in this region -- must unite to condemn Modi for unilaterally ringing the death-knell on the Kashmiri people’s right to self-determination.

At the time of writing, the news just in confirms that Islamabad has secured a UN Security Council emergency meeting; likely to be held on August 16. This is a big win for Khan and all his good (wo)men; demonstrating that the premier still enjoys goodwill for his handling of the immediate aftermath of the Pulwama attack back in February that brought the two sides to the brink. Be that as it may, it was not all smooth sailing. France, which currently holds dual presidency of the UNSC along with Germany, initially pooh-poohed the idea in favour of a less formal and non-urgent framework. Thereby underscoring how easily non-regional players might turn a blind eye to the Kashmiris’ plight, even as they continue to masquerade as global human rights defenders. This is something with which the Palestinians are only too familiar, as are those living in the broader Middle East.

If reports of a Taliban peace deal in Kabul bear fruit, Trump will be more than hopeful of a guaranteed return to the White House for a second term. Thus the ambitions of the so-called US-India-Israel nexus will necessarily be put on the back-burner; temporarily. For the last thing the unquiet American will want is the distraction of yet another Indo-Pak flare up. But the window of opportunity is narrow.

What Pakistan needs to now work on is regional leverage. Not least because the UN has proved its impotence time and again; conducting its first ever fact-finding mission to probe rights atrocities on both sides of the LoC as recently as last year.

A resurgent Russia and rising China are the main challengers to American hegemony here; prioritising long-term economic wins above all else. This explains the ability of both nations in maintaining intermittently opposing strategies in South Asia while pursuing an important geo-strategic relationship at the bilateral level. Kaptaan needs to bowl the two sides over.

Putting the Cold War rivalries of yesteryear to bed, Moscow and Islamabad have strived to reset ties. Russian forces now authorised to train Pakistani troops as part of the Russia-Pakistan Joint Military Consultative Committee (JMCC). Furthermore, there is the joint pipeline deal worth a cool $10 billion. This is not to mention recent murmurings of a lucrative arms deal in the offing. Thus Moscow is firmly stepping into the US role of military ‘benefactor’. Though this has not stopped it from positioning itself as India’s largest arms supplier. China remains willing to splash the cash in Islamabad’s direction; albeit for a handsome return. Thus it is imperative that the PM gently nudge its regional partners away from the trappings of a transactional relationship. Failure on this front has already seen Moscow and Beijing unwittingly fuel an Indo-Pak arms race. This looks set to endure.

Afghanistan holds the key to getting the big boys on Pakistan’s side. The Trump administration has repeatedly demanded that Islamabad do more, more, more to secure the quagmire of Washington’s own making. And this is where Islamabad must use its leverage to secure hard-won dividends. Admittedly, during last month’s visit to the White House Khan received overdue recognition of the country’s sacrifices on the anti-terror front and the timely re-arrest of Hafiz Saeed; the so-called mastermind of the Mumbai attacks. But these are not enough. Even the president’s off-the-cuff offer to mediate on Kashmir held no real merit apart from casting himself as a man who can - ahead of his re-election bid next year.

That being said, a stable Afghanistan at peace with itself and its neighbours is in everyone’s interest; including India’s. The Russians, for their part, view Kabul as part of their immediate backyard. And the prolonged US military presence there is irksome. After all, the northern provinces of the country border important Central Asian states and former Soviet republics: Turkmenistan, Uzbekistan and Tajikistan. That ISIS is making inroads into certain Taliban strongholds only heightens security apprehensions. This also holds true for China which has violently cracked down on Uighur Muslim separatists; due to the purported growing alliances between the latter and terror outfits like the ISIS. Linked to this is the fear that the US will somehow export discord to Beijing via Afghanistan and then on to Central Asia to undermine China’s Belt and Road Initiative (BRI) as well as a re-emerging Russia.

The most significant participant in all this is, however, the Afghan Taliban. The group announced in the week that both Pakistan and India celebrated their respective Independence Days that a peace pact is just weeks away. If this bears fruit, Trump will be more than hopeful of a guaranteed return to the White House for a second term. Thus the ambitions of the so-called US-India-Israel nexus will necessarily be put on the back-burner; temporarily. For the last thing the unquiet American will want is the distraction of yet another Indo-Pak flare up. But the window of opportunity is narrow.

Pakistan must back its pledges of Kashmiri  solidarity with action. It has taken Khan a whole 12 months to visit Azad Kashmir. This is simply not good enough and opens up the government to accusations of appropriating the suffering of a people to score points in an ongoing game of tit-for-tat. Just as the fourth estate is often accused of only remembering the plight of minorities once terrorists have struck. If PTI is truly committed to being the global ambassador for the Kashmir struggle -- it would do well to improve its own record on minority rights. For there can be no long-term moral high-ground when non-Muslims and Muslim minority sects continue to be treated, at best, as second-class citizens, and, at worst, are abandoned by the state in favour of appeasing religious extremists.

The battle for human rights must begin at home. This is something that everyone and their cats knows only too well.

Coming up ‘trumps’ on Kashmir