Does India want to alter the demography of Kashmir? 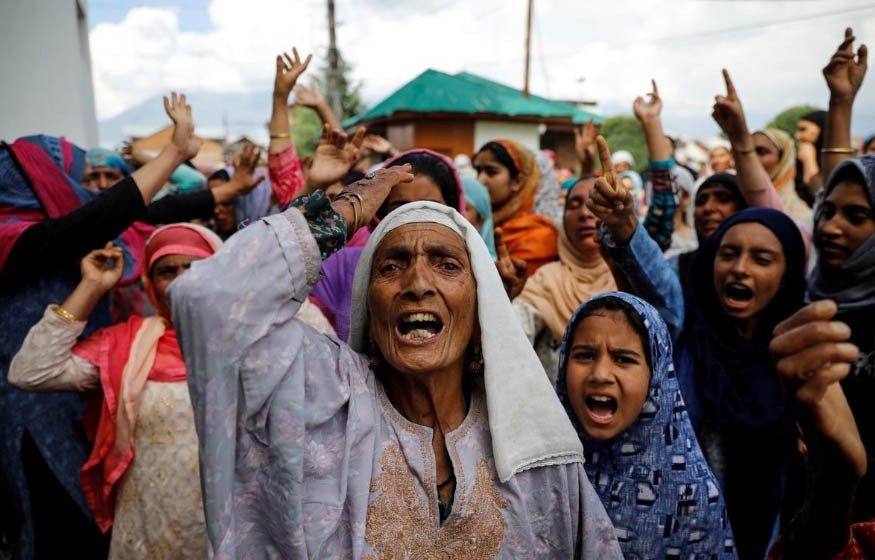 One of the most disturbing reactions to India’s recent annexation/invasion of Kashmir has been the glee expressed by ‘Hindu nationalists’ about how they are now "free to buy land in Kashmir and to marry Kashmiri girls."

Moving into a place and taking its land and its women is what invading armies have traditionally done, and this is what so many Indians now seem to be celebrating. The view is expressed openly by aggressive ‘commoner nationalists on social media as much as on TV as by more ‘high brow nationalists’ linked to ‘think-tanks’ and educational institutions. The highbrow version of this view is dressed up to depict the Kashmiris in the Valley as insular people who insist on living in some sort of ‘ghetto’ (a view articulated rather memorably on an Aljazeera discussion by Sreeram Chauliya).

The ending of Articles 370 and 35A  by the Indian Prime Minister allows people from outside Kashmir to buy property there so outsiders will move in and the demography will, inevitably, be altered. This is similar to what Israel has been doing in the Palestinian territories. In both cases, this is being used as a weapon -- to alter the narrative by changing the population demographic. Moreover, changing the demographic of Kashmir is a slap in the face to the United Nations resolutions on Kashmir: India has ignored these resolutions for decades. Now with its bid to change the demography of the area it has made a mockery of the UN  demand for a plebiscite.

Demographic war is an interesting concept. Till now this has mostly been made an issue by right-wing politicians. In India rightwing Hindu groups have long been muttering about the growing Muslim population in India. Fear and hatred have been stoked up on this issue with claims that all  Muslim men have four wives and dozens of children. The same sort of fear mongering is to be seen in the USA today: white men vociferously claim that they are being ‘made into a minority’ through the influx and expansion of ‘outsiders’ -- that is non-whites. (This is rather interesting coming from the descendants of those who decimated the native Americans and made them into a minority in their own land.. but in today’s politics the sense of irony is quite dead). The idea that one’s country is being invaded by ‘outsiders’ or immigrants is not a new one. Nor is it always a baseless fear: demographics will determine not just how resources are allocated in a country but also who is elected to rule that country.

The ‘cultural invasion’ fear mongering is mostly ethnic -- whites versus people of colour, Serbs versus Bosnians, Sindhis versus Muhajirs or religious -- Muslims versus Christians, Christians versus Jews, Protestants versus Catholics etc. The rapes that accompany warfare are not just brutal crimes to humiliate a population but also a sort of ethnic poisoning as in the infamous naslain badal deyngay ("We’ll alter the ethnicity of their future generations") remark alleged to have been made by an officer during the East Pakistan conflict.

Demographic war is an interesting concept. Till now this has mostly been made an issue by right-wing politicians.

While right-wing nationalists continue to stoke fear and incite hatred on the basis that "they want their country back", one truth in the demographic war story might just be that the people who are really being outnumbered are those of a certain educational class. Professional educated liberal families tend to have one or maybe two children while religious right-wing parents will have many children as will working-class families who remain uneducated. I remember my late mother (a wise woman and original thinker) often saying that educated people needed to have many more children and much larger families or else they would soon be swamped by the jahils (the ignoramuses). This is something now dawning on the intelligentsia in many countries as they regard with shock the rabble-rousing despots who their fellow citizens have voted into power. In countries which operate as democracies, the changing demographic becomes a key concern.

But in the Kashmir context the ‘buying land and taking native wives’ social media narrative of so-called Indian nationalists illustrates the reality of what has really happened: this is not just an invasion it is also a demographic war….