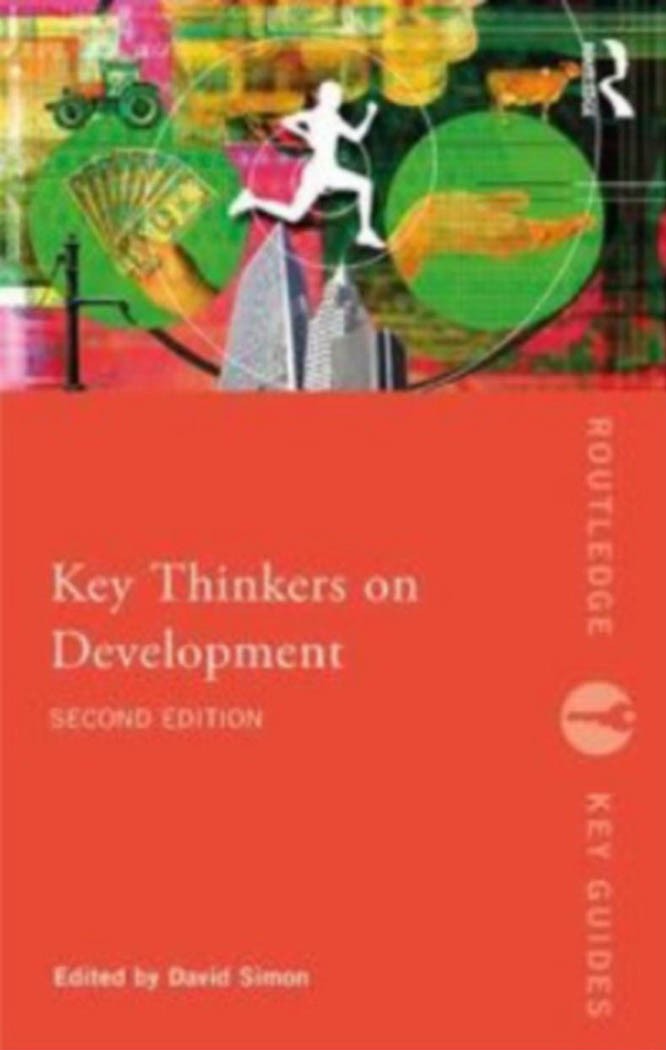 After the end of World War II, the devastated economies of Europe and Japan underwent massive reconstruction under the Marshall Plan. The former colonies, now becoming independent, were also provided foreign aid for development. The reconstruction phase in Europe and Japan was over in a few years. Each country went its own way to live happily ever after.

Akhter Hameed Khan, one of the two Pakistanis making to Key Thinkers on Development, an honour list of 74 development thinkers from across the continents, used to give the example of Japan having returned the reconstruction loans within three years. Development still continues in developing countries as does its torch bearer, the World Bank. Nobody now remembers its full name, the International Bank for Reconstruction and Development. Mahbub ul Haq, the other Pakistani included in the book, belonged here before he atoned for the sins of planners by saying goodbye to GNP-ism and championing human development.

Key Thinkers on Development is a representation of all schools and shades of thought on development. All parts are represented, economics, finance, business and industry, geography, politics and international relations. More important is the sum of the parts but the most important is the whole that is greater than the sum of the parts. To a considerable extent, the editor has succeeded in achieving the major objective of "diversifying coverage to reflect the evolving landscape of development in theory, policy and practice." Like the subjects, the contributors, authorities in their field, also come from all over the world. The lone contributor from Pakistan is Pervez Tahir, an internationally-acknowledged authority on the development thinking of the heterodox Cambridge economist Joan Robinson. He covers her quest for an alternative to capitalism in developing countries.

The euro-centric modernisation paradigm reigned supreme in the 1950s and the 1960s. It was spearheaded by Kindleberger, Rostow and Perroux. The US-centric Kindleberger emphasised the role of the middle class and the need for a commercial revolution to precede industrial revolution. A progenitor of the Marshall Plan, he prophetically argued that financial liberalisation in developing countries would lead to crisis. Rostow, the author of the teleological stages of growth, viewed development as a means to defeat communism. No wonder he was appointed national security adviser in the White House. According to Ulrich Menzel, his profiler in this book, "Because the Vietcong prevented the creation of the preconditions for take-off in South Vietnam, the war was driven ahead even more, due not least to Rostow’s advisory position under Johnson."  Perroux, the French economist, remained an academic. In his view, growth was possible without development but development without growth was not. His views on growth were closer to Hirschman’s unbalanced growth than Rsenstein-Rodan’s balanced growth with a big push in all sectors. The book covers these two pioneers as well.

Dependentistas like Frank, Furtado and Cardoso from Latin America and Samir Amin of Egypt rejected the modernisation paradigm. Educated with neo-liberal leaders like Milton Friedman at Chicago, Frank’s extensive wanderings into history and on the earth led him to conclude that the so-called modernisation would only lead to the development of underdevelopment. The two categories, showed Furtado from Brazil, were interlinked. It was a centre-periphery relationship of dependency. Frank and Amin independently arrived at the same world-systems theory. Cardoso, who developed various case studies, was at University of Chile’s Centre for Socio-Economic Studies, which was the hub of dependency theorising. This Centre was closed after the overthrow of Allende and those working there had to run for their lives. Among the antecedents of dependency were structuralist ideas of Prebisch at the UN Economic Commission for Latin America (ECLA), also based in Chile.

Anti-development sociologist Quijano from Peru was also a part of the ECLA and a participant in the dependency discourse. But his anti-development stance was rooted in what he described as "coloniality" of power hierarchies, which had continued in the post-colonial period. Decolonisation was the only alternative. Escobar, a Colombian-American anthropologist is the leading light of the post-development discourse. He departs from the leftist dependency critique. In addition to being a system of production, capitalism is also a system of representations and disciplinary mechanisms. Underdevelopment, poverty, malnourishment, illiteracy, small farmers, women and environment are constructed as abnormalities to be treated by "development" which require creation of new academic disciplines like development economics. Post-development discourse is conceived as a pluriverse as opposed to a universe.

China’s market reform after the death of Mao has given rise to a critical modernist school represented by Wang Hui. The book has an interesting chapter on his thought and works. As market in China is the creation of the state, it cannot be dubbed neo-liberal. He also challenged the notion that the market will create a middle class aspiring for democracy. The basis for democracy is not just representation, but social equality. The market reform has undermined the real basis of democracy, a reference to increasing inequality.

A fast developing research programme in development studies is the development-environment nexus.  The thinking and the ground breaking research of the leaders -- Agarwal, Blaikie, Brookfield, Ostrom and Sachs -- have been critically appreciated by a select group of researchers.

The book does not miss out on ever-greats - Malthus, Marx, Polanyi, Kalecki and Joan Robinson are all there. It also recognises Nobel laureates Arthur Lewis, Gunnar Myrdal, Amartya Sen, Stiglitz and James Tobin. Bhagwati of the Bhagwati Tax on migrants fame appears both as a subject and a contributor profiling Rosenstein-Rodan.  Thinking on development is not confined to academics from various disciplines, nor is it limited to practitioners. Therefore, the list of key development thinkers includes political leaders with alternative visions of development. The best-known are Mao, Nkrumah and Nyerere. Singer, Hammarsköld, and Kaul represent distinguished International institution builders. To complete the roll call of honour, progenitors of religiously or spiritually inspired development, such as Gandhi and Ariyaratne from Sri Lanka, also make the list.

One can quibble about some notable exclusions. Same inclusions, too, require special pleading. This is only natural for an exercise of this magnitude in a domain that thrives on disagreement. David Simon has done a masterful job of collecting a diverse group of idea men and women, practitioners, politicians and spiritual leaders from all continents to enrich the still-evolving field of development studies. It is a ready reference to the intellectual development of the past as well as the main currents in the contemporary world. The student, the teacher and discerning readers will all enjoy this must-read.