The case of Gilgit-Baltistan

Given the changed political context, the existing social diversity and emerging realities, it is imperative to introduce a special bill of rights for Gilgit-Baltistan 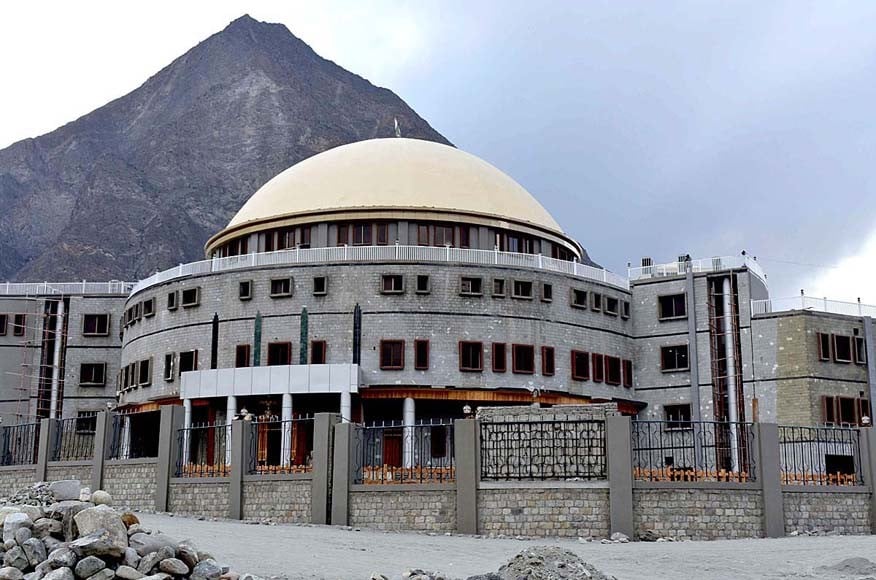 For the last few years nationalists and increasingly Pakistan Peoples Party in Gilgit-Baltistan are clamouring for the restoration of State Subject Rule (SSR) in the region. However, the debate is obfuscated because of lack of proper contextual and historical knowledge about SSR in Gilgit-Baltistan.

For a proper understanding of the current legal imbroglio regarding definition of citizens, rights and laws, it is imperative to understand the changes brought about during the colonial and post-colonial times.

In Gilgit-Baltistan, the changes to deprive the local rulers of their remaining power and to empower administrative organs of the state at the expense of local people were introduced at the structural, and not constitutional level.

Historically, the region that is today Gilgit-Baltistan was a cluster of princely kingdoms. In these princely states the king was absolute authority. He was the sole legislator, judge and executive. Some of the regions, such as Chilas, Tangir and Darel were tribal kingdoms. In this system, there was no head of state. That is why they are termed acephalous states. The tribal states used to practise a code where local elders would take critical decisions.

The princely and tribal kingdoms of Gilgit-Baltistan managed their affairs, including issues related to settlers under customary laws. Because the customary laws were rooted in indigenous culture and social set-up, the states had no problems in managing intra-regional and inter-regional migration. The linguistic and ethnic diversity in several valleys bears testimony to its success. It also belies the thesis that local inhabitants were largely immobile because of difficult terrain, inaccessible geography and harsh climatic conditions.

After the conquest of Baltistan and Gilgit by the Dogras of Kashmir in the 1860s, the power dynamics underwent a drastic change as the Dogra Raj introduced new laws to consolidate its grip on the region. The Maharaja of Kashmir introduced the Hereditary State Subject Order in 1927. This rule defined and categorised people as state and non-state subjects. The rule granted the right to government office, land use and ownership to only state subjects in Jammu and Kashmir. Non-state subjects were excluded from these rights. Later, India adopted the same definition of state subjects in Article 35-A of the Indian Constitution.

Since Gilgit-Baltistan was under the rule of Maharaja of Kashmir, SSR was said to be extended to this region. However, no documents or official record related to its promulgation in Gilgit-Baltistan is available with the law department of Gilgit-Baltistan. Therefore, it is safe to assume that SSR lingered in administrative procedures in post-colonial period as colonial hangover.

Recently, local people have started protesting. They fear drastic changes in the demography of the region and takeover of their land and natural resources by outsiders.

Recently, local people have started protesting. They fear drastic changes in the demography of the region and takeover of their land and natural resources by outsiders.

SSR can be an effective instrument for maintaining demographic composition in Jammu and Kashmir but it was essentially a colonial tool without roots and perceived legitimacy among the people of Gilgit-Baltistan. Those who are supporting the move to restore SSR in its original form in Gilgit-Baltistan are ignoring historical facts to hide a failure of imagination to propose new legal arrangements and a fresh social contract for the inhabitants of Gilgit-Baltistan.

After the completion of Dogra and British conquests in Gilgit-Balitstan in the later part of the nineteenth century, the Dogras brought mercenaries and minions from Kashmir and the then NWFP and allowed them to settle in Gilgit-Baltistan. Foremost among the settlers were the Pathan soldiers who participated in the brutal military campaign of Manduri Fort in Yasin. Because there was no rule for Dogras in their military campaigns in Baltistan and Gilgit, they committed genocide with impunity. After the conquest of Manduri Fort in the Yasin region, they put every man and male child to the sword, and abducted the girls.

A large number of naturalised Kashmiris now live in major towns and villages in Gilgit-Baltistan. The movement of local people from different valleys and princely states was restricted by the Dogra rule. For example, people from Hunza and some parts of Gilgit-Baltistan were allowed to enter the capital of Gilgit only during the day. They were not allowed to stay in the city at night.

Reviving such practices through the restoration of SSR would lead to unrest and further alienate people from one another. The process of restricting local movements and allowing outsiders to settle continued till 1947 when Dogras were expelled from the region in the war of independence of Gilgit-Baltistan.

People in Gilgit-Baltistan did not approve of SSR. While demanding restoration of the SSR, nationalist forces in Gilgit-Baltistan ignore the fact that local people agitated against it in the early 1970s under the banner of Tanzeem-e-Millat led by Advocate Jouhar Ali. It is reported that the objective of the organisation was "to eliminate State Subject Rule and get constitutional status". With the region’s connectivity with the outside world and power of administrative set up increasing, Gilgit-Baltistan has witnessed steady influx of people from other parts of Pakistan as well.

After the sectarian tension of 1988, the migration and settlers’ issue took a sectarian turn as each sect encouraged their co-religionists to migrate to Gilgit-Baltistan so that they should outnumber other sects. Due to sectarianisation of politics and citizenry, people’s positions on political issues, constitutional status and definition of residents have also become coloured. The question is important to Pakistan’s stance regarding Jammu and Kashmir and Indian actions there.

At the time of writing this article, it has been reported that India’s government has scrapped Article 370 of the Constitution that granted special status for Jammu and Kashmir, along Article 35-A, which allowed the Jammu and Kashmir state’s legislature to define permanent residents of the state and provide special rights and privileges to those permanent residents. This move coincides with a major clampdown on separatists in the Indian held Kashmir.

Pakistan is protesting India’s move to assimilate Jammu and Kashmir into India, but its policy towards Gilgit-Baltistan weakens its case as the region has neither a special status in Pakistan nor constitutional cover.

Considering when Pakistan has not granted special status to one of its components, its objection to the abolition of special status for Indian Occupied Kashmir appears odd.

The point is not lost on policymakers in Pakistan. On August 2, 2019, Kashmir Committee Chairman, Syed Fakhar Imam asked the government of Pakistan to consider restoring the State Subject Rule in Gilgit-Baltistan.

The status of Gilgit-Baltistan is increasingly a cause of concern for the populace. Voices for the rights to land and resources and protests against settlers are getting louder. Resolution of the complex issue does not lie in the restoration of SSR which was enacted in a different power arrangement and social set-up. Any attempt to restore SSR in its original form will prove a non-starter given that the diversity and social dynamics have undergone a sea change.

Instead of reviving the colonial instrument of control, there is a dire need to promulgate new laws by taking local stakeholders into confidence Pakistan needs to introduce a special bill of rights in Gilgit-Baltistan.

The bill of rights should clearly define residents of Gilgit-Baltistan and safeguard their rights against encroachment and usurpation of their lands, jobs, resources and social and political rights. Without such safeguards the people will continue to fear colonisation of their fields, mountains, ice, water and forests by big money.

The case of Gilgit-Baltistan