Holidays in the mountains

Before we start inviting more tourists, we should study business models in countries that have been successful in promoting tourism 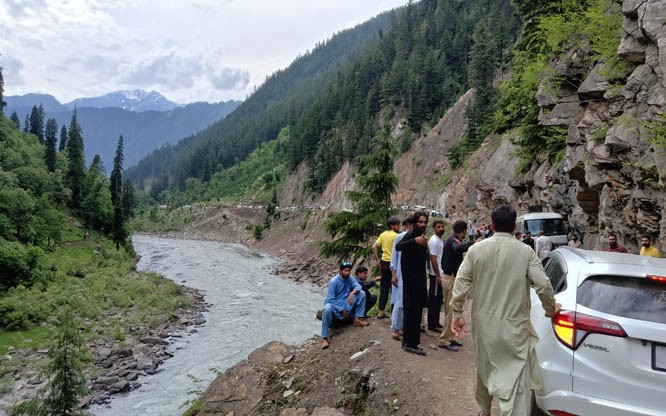 My favorite time to travel to the Northern areas of Pakistan is March/April to see the stunning blossoms on cherry, apricot and almond trees. The whole landscape turns into beautiful shades of pink and white. You feel like a character in a fairytale setting of a Disney movie, the otherworldly magnificence binds you into a spell that makes you keep coming back for this magical experience every year.

Late September/October is also a great time to be up in the mountains to witness the striking colours of the fall. The whole valley turns into varying shades of orange and brown, streets fill up with falling leaves, and life comes to a standstill. Most people from the valleys start heading to cities for a few months to avoid the harsh winter. The major sources of revenue for the people of the mountains are tourism and agriculture. Work in both of these fields slows down in winters. Many people therefore prefer to spend the time in the cities to earn their livelihood in these slow months.

Another reason why I prefer travelling during the spring/fall months is because that is when these places are less crowded and you get to enjoy nature in peace and experience solitude.

Tourism in Pakistan peaks around the end of May and goes on till the end of August each year. The timing coincides with summer holidays at schools, as well as the opening of major roads as summer heat melts some of the glaciers blocking these routes. Babusar Pass opens during these months, linking Khyber Pakhtunkhwa with Gilgit-Baltistan, and makes traveling to GB easier by cutting down travel time by 3-4 hours. This route is also more scenic, and the fact that you get to avoid the bumpy Karakoram Highway ride through the long and dry patch of Kohistan tempts a lot of people.

I have been running a travel company The Mad Hatters (www.themadhatters.pk) since March 2017. Whilst in the tourism business, you do not have the luxury to only plan trips to the mountains during the months of your choice, as you have to cater to market demand and most people reach out during the busy months.

I usually try to avoid planning trips during Eid or other public holidays (especially if they are clubbed with a weekend) as those are the times when things are harder to control and plan.

This Eid-ul-Fitr, I travelled to Azad Kashmir with a group of ten adventurous people. We avoided waiting in long queues of cars by leaving on the Eid day. The traffic was expected to get busier on the following days as that is when most people start heading out. Being involved in the tourism business for more than two years has helped me in developing a strong network of vendors around the country, so arranging the logistics of trips including hotel bookings and transport is not much of a problem. But during peak demand, the service standards offered by most service providers decline substantially, as they try to make most of this short-lived season by over-booking and operating beyond their capacity. Prices of these services too rise significantly, as all the service providers know that their room, transport or any other offering is not going to stay vacant in those days, no matter the margin by which they raise their prices, there is always going to be someone desperate enough to come knocking on their doors at the last minute and pay whatever they charge.

Most people who were travelling to Azad Kashmir and other popular tourist destinations in the north during the Eid-ul-Fitr holidays were not even able to make it to their desired destinations on time, as they were stuck on roads for hours due to traffic jams. Those who were somehow able to make it to their desired locations were unable to find rooms in hotels. I saw many sleeping in their cars and buses; a few who were fortunate enough to have acquaintances in the area were able to find shelter in school courtyards or under-construction hotels/houses for the night.

Due to my work I also get to interact with a lot of foreign tourists coming to Pakistan. The biggest difference I have found in the way Pakistanis plan their vacations compared to people from other parts of the world is that most of the people here do not spend any time doing research about the places they are about to visit prior to their trip. Foreigners usually plan their vacations at least a year in advance, and spend the entire year reading up about the places they will be visiting and what they should expect. Most Pakistani travelers, on the other hand, plan their trips spontaneously and often head out without even booking their hotels beforehand.

The tourism industry is still in its early development stage in Pakistan, and the infrastructure of our roads, hotels and other facilities needs a lot of improvement to be able to sustain the influx of tourists that these valleys encounter during summers.

The government is promoting the tourism industry and inviting more tourists to our valleys, both domestic and foreign. Some electronic devices were recently installed at major hill stations to monitor the number of vehicles traveling to these areas. Many government officials celebrated the fact that record high number of vehicles crossed over to these hill stations during Eid-ul-Fitr holidays this year, but these statistics cannot be a reason of celebration without accounting for the on-ground realities.

Mass tourism is also a serious threat to our beautiful valleys, not only because we currently lack the necessary infrastructure to cater to rising demand, but also because we do not have proper waste management and disposal systems that makes it sustainable to manage the trash produced by these growing visitors. Trees are being cut down to build more hotels and roads, which is not only harming the natural beauty of these areas, but also escalating the already alarming levels of climate change and global warming.

Before we start inviting more tourists, we should take out some time to study business models in countries that have been successful in promoting tourism without damaging natural resources. We should learn from these models and implement best practices to grow tourism in a sustainable and responsible way.

Let us also learn from our earlier mistakes and mend our ways to avoid being stuck on the roads again as the Eid-ul-Azha holidays approach. We owe it to the mountains to protect and preserve their beauty.

Holidays in the mountains