Instead of regulating the industry, regulators in Pakistan have traditionally concentrated on content monitoring 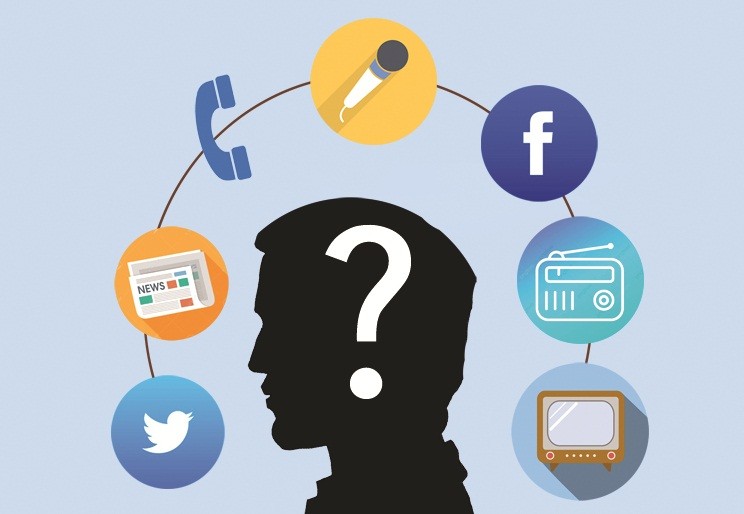 The ideal media regulatory framework is one that facilitates the media industry to flourish through fair industry standards and minimal regulation of content. Such regulation is undertaken with a view to protect the rights of media consumers as well as rights to free speech and access to information. But the legal framework governing the country’s media, comprising Pakistan Media Regulatory Authority (PEMRA) - dealing with independent radio and television; Press Council of Pakistan (PCP) - dealing with the print media; and Pakistan Telecom Authority (PTA), which regulates, among others, online media, is a system that manages frequently to achieve the opposite by distorting the media landscape and by operating primarily as a regulator of content rather than of the industry and its practices.

Pakistan’s media regulatory framework is peculiar in its very nature, structure, mandate and application. The PEMRA, for instance, can oversee only private broadcast sector, excluding existing and future operations of the government-controlled public sector electronic media from its purview. By virtue of this exclusion, the Pakistan Broadcasting Corporation (PBC), Pakistan Television (PTV) and Shalimar Recording and Broadcasting Company (SRBC) are free to operate and expand without any regulatory oversight.

These media establishments are operating under a completely different set of rules than that for the private media. This exclusion of the state-run media from PEMRA’s purview gives the government an undue advantage over private sector media, and distorts competition in the market. This helps state-owned media deny equal market access to independent media. Also, private sector media, which is in large part dependent on public sector advertising, is often vulnerable to editorial manipulation through expansion of non-regulated public sector media. Different sets of rules for different players in the market are against the essence of level playing field in the sector and defeat the very of purpose of market regulations.

In principle, sector-specific regulators such as the PEMRA, the PTA and the PCP are required to facilitate an enabling environment to all stakeholders in the sector. They are also mandated to ensure fair competition and provide multiple information options to consumers, and ensure that there is no undue concentration of ownership by one or a few players. However, the private media sector in Pakistan is heavily concentrated in a few hands.

Private sector media, which is in large part dependent on public sector advertising, is often vulnerable to editorial manipulation.

According to a 2019 Reporters Sans Frontieres (RSF) study [disclaimer: the author was the research team lead] on Pakistani media ownership patterns, unbridled cross-media ownership has given more than 60% market control among the top 40 media entities in Pakistan, in terms of audience domination, to only four of  the market players. This includes the government as the second largest cross-media owner. The PEMRA especially seems to have failed in ensuring a level playing field and fair competition in the media market. This is to the detriment of media consumers as their information options are effectively restricted through denial of adequate diversity in information sources.

Instead of regulating the industry, Pakistani regulators have traditionally concentrated on content monitoring and censoring media at the behest of state institutions and governments. The PEMRA has issued hundreds of show cause notices to TV channels for airing "objectionable" content and has imposed penalties since 2017. It has actively prevented interviews of opposition leaders on TV, live coverage of opposition parties, and blackout of protest rallies of opposition parties in major cities and citizens’ movements in erstwhile tribal areas. However, no notice is taken by the same PEMRA of growing concentration of media ownership and monopolistic market domination.

Similarly, the PTA seems more active in blocking websites and online content than renewal of expired licenses for cellular companies, whose 80 million 3G/4G consumers use mobile internet to access news and information. The PCP, on the other hand, is known for restricting its focus on content regulation and censorship instead of any initiative to ‘regulate’ the industry.

Conscience of government, not citizens

Autonomy and independence are essential characteristics of an effective regulator. The regulator must be financially autonomous and independent from any ‘regulatory capture’ either by the state or the industry. And yet, an alarming ‘regulatory capture’ by the Pakistani state through public money is evident. Consider: the total size of media advertising market (TV, radio, print and digital) in Pakistan in 2017-18 was Rs 81.6 billion, according to Gallup Pakistan. While according to the regulators’ websites, the budget for the PTA was Rs 32.2 billion, for the PCP Rs 48.8 million and for the PEMRA Rs 816 million. The combined budget of media regulators is about 45 percent of the entire media market.

And yet, despite massive revenue gains over the years, including steep licence fees, these regulators have traditionally succumbed to the influence of the government rather than being dictated by the growing needs of an evolving media sector and the news-hungry media consumers. This is mainly because the government holds discretionary authority to appoint their board members with no space in the law for democratic process such as parliamentary oversight of these appointments. Also, both the PEMRA and the PTA are under statutory obligation to comply with the directions of the federal government, which is often interested in muting journalism.

In principle all media must be regulated by the same independent and autonomous regulatory framework. However, alongside the state-run electronic media and the PEMRA-regulated private electronic media, media landscape in Pakistan reveals the presence of a major footprint of undeclared and unregulated media that is neither licensed by PEMRA nor owned or operated by the state-owned PBC. This existence of ‘invisible’ media - consisting of dozens of FM radio stations amounts to a deliberate distortion of the media landscape through undue access to a massive share in revenue (both private and government advertisements), and disregards statutory regulations. The lack of verifiable identity undermines the citizens rights to information and free speech as enshrined in Articles 19 and 19A.

These characteristics have engendered a media landscape in Pakistan that abounds in regulatory exceptions and obstructs development of the sector in professional terms, discourages market fair-play and wantonly averts transparency and accountability. This has the cumulative effect of adversely affecting people’s access to diverse and plural sources of information, promoting undue official influence over media, and severely compromising professional journalism.