A climate of fear

Climate change no longer needs to be marketed as scary; being scared of it is only an organic reaction to a glaring reality 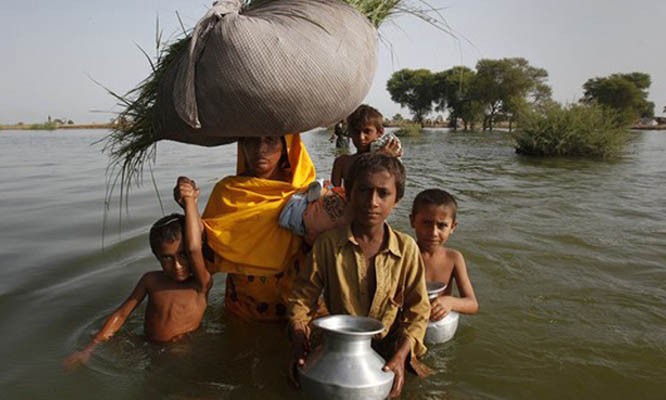 Climate scare is the new normal. We realise we’re caught in the most ominous web of self-destruction humans have ever spun for themselves and yet most of us are too complacent to put in the effort required to break free.

Mention of climate change is circling the news, social media and drawing room conversations. Every now and then, a statistic is quoted that makes you draw in a sharp breath, and even as you exhale a few moments later, you’re still trying to grapple with the intensity of what you’ve heard… "will 150 million people really die just because of a temperature difference of 0.5°C?"

The available evidence seems to indicate yes; and of course you’re feeling unnerved; but do you attempt to personalise this information? Most of us will choose not to personalise intimidating material. After all, it’s easier to plead self-imposed ignorance than to justify inaction. Therefore, it is not climate news that is scaring you, but your resistance to changes that can help control climate impacts.

There is a reason discourse on climate change is morbid. A prominent American journalist, David Wallace Wells, sums the overwhelming state of climate change most articulately when he says, ‘It is, I promise, worse than you think.’ That’s what you should remember every time you ignore a warning about climate news.

If you’ve been reading about melting glaciers, rising sea levels and unprecedented heat waves, you haven’t even scratched the surface yet. The effects of climate change are so vast and insidious that at this point that we can’t even predict with complete accuracy the type and degree of havoc it will wreak.

No one took the Arctic permafrost seriously and now this centuries-old frozen ground is melting and may emit 92 billion tons of carbon by 2100 or nearly twice as much carbon as exists in the atmosphere right now.

You should know that melting permafrost will release bacteria and viruses that lay frozen for thousands of years and we have no idea what diseases and epidemics these ‘zombie pathogens’ can trigger.

Well then you should also know that melting permafrost will release bacteria and viruses that lay frozen for thousands of years and we have no idea what diseases and epidemics these ‘zombie pathogens’ can trigger. Warmer global temperatures are already causing infectious diseases and they are spreading farther than before. Unless we curtail the global temperature rise to 1.5°C, the IPCC Report suggests the number of people susceptible to climate-related poverty will increase to several hundred million by 2050. 200 million people are expected to be displaced due to climate change by that year.

In light of this, much more and all that we don’t know yet, why shouldn’t climate news be projected to scare you? The aim is of course to trigger action. However, many among climate researchers and communicators believe that arousing fear as a persuasive tactic may not be the most effective way to promote climate change communication. Fear is often accompanied by anxiety and distress. They say that these emotions may subdue positive action by overwhelming an individual. Alternatively, there is also empirical evidence suggesting the effectiveness of fear as a tool in influential social communications and campaigns.

Both of these information dissemination preferences are irrelevant now.

Climate change no longer needs to be marketed as scary. It is terrifying on its own; without the need for exaggeration and psychological maneuvering. Being scared of it is only an organic reaction to a glaring reality.

What poses the big challenge is not how climate change should be discussed but how information about it is received. If you feel defeated interacting with climate news and statistics and your reaction is either to dismiss the information as being exaggerated or to turn your head the other way, then we’ve successfully identified the first problem.

Climate change is here to stay and disrupt; you can switch on the air conditioner today and ignore it, but what will your kids do? It’s very important therefore that we sensitise ourselves to the information that’s being delivered to us. The best way to do this is to personalise the material instead of letting it overpower you. If you know burning fossil fuels is causing global warming, why not reduce your personal carbon footprint by carpooling or biking? Not practical for you? Begin by giving up eating meat twice a week. The pesticides and fertilisers used in the feed, coupled with the digestive system of cows which produces methane, causes about 26.5 kilograms of CO2 to be emitted for every kilogram of beef produced (NRDC, 2017).

Positive efforts not only make one feel connected to the community but become easier to sustain once you believe small actions play an important role in reducing global warming. Personal changes evolve into cultural changes as family and friends pick up the same habits. Soon you’ve all started playing a role in combatting the scary, faceless threat which is no longer defeating you into inaction.

Your planet and future generations need you to process information about climate change to generate positive action; whether this is through fear, acceptance or even the romanticising changing weather patterns by celebrating untimely monsoon rains. When statistics overwhelm you, research; instead of burying them away in your brain with other unprocessed material. Chances are you’ll find a way to help, even if it is just by donating to an organisation. Don’t think of climate change as the problem only giving your neighbour sleepless nights, with whom you readily empathise, but in a detached fashion. Climate change is now your personal concern.

A climate of fear