For the love of indigenous trees 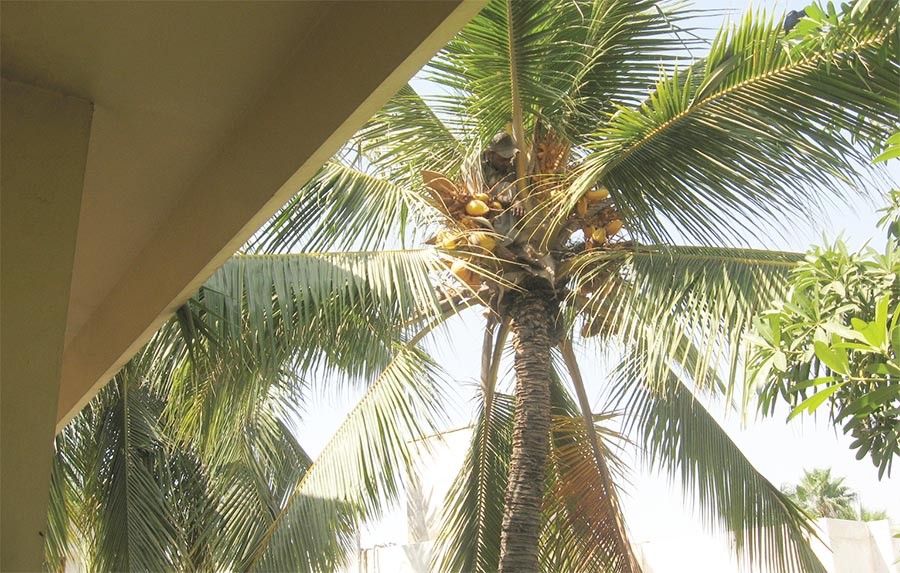 Over a course of thousands of years, the indigenous trees of Pakistan have adapted themselves to the environment of the country. These trees have become an important part of the ecosystem and are able to grow faster compared to other species. Native trees like plaksa tree (pipal), banyan, coconut, or margosa (neem) not only benefit from growing in the Pakistani environment, but also benefit their surroundings in turn. At the time of independence, thirty three percent of the country was covered with these indigenous trees. However, in the last 72 years we have managed to reduce the forest area to a mere 2.5 percent.

With the alarming rates of deforestation, attempts are being made to make up for this severe lack of trees in the country. Over the past decade, both government and non-governmental projects have aimed to plant an increased amount of trees. However, most of these plantations are not a natural part of the local ecology. According to many experts, foreign species often termed ‘invading trees’, negatively impact the ecosystem disrupting animal breeding, bird nesting trends, and insect ratios.

Foreign species, such as the Ethiopian conocarpus, do not readily adapt to or benefit the local environment. The former Mayor of Karachi, Mustafa Kamal, had planted around 2.2 million conocarpus trees in the city last year in an attempt to make the city look green again. Conocarpus is an alien species to Karachi. These trees, now scattered all over the city, are said to bring about many environmental changes that may prove to be disastrous in the near future.

Javed Mahar from the Sindh Forest Department strongly opposed the plantation of Conocarpus saying that these trees must be replaced by native species since the rule of thumb all over the world is to opt for indigenous plantation. A senior ecologist at the Karachi University’s (KU) Institute of Environmental Studies also says that these foreign species consume large amounts of water and are not suitable for arid areas of the city. He emphasises the need to plant native species like amaltas and gulmohur.

Some countries, including the United Arab Emirates, have banned foreign species altogether. A senior botanist at KU, Dr Anjum Parveen, points out that the extensive root system of the plant damages infrastructure and service lines.

However, Parks and Horticulture Authority Director General Mian Shakeel Ahmed says that foreign species do help in bringing down the temperature in urban areas and do not cause allergies as long as they are trimmed and looked after regularly. Farah Imran, representative of the Harrah Bharra Pakistan tree plantation group in the Punjab says that indigenous species are characterised by their large, shady canopies and extensive root systems, which are not very practical to grow and care for in urban areas. She further says that with the increased amount of deforestation some foreign species such as shrubs should be grown in urban areas to avoid a complete lack of greenery.

While foreign plant species do have some benefits such as reducing temperatures and adding greenery to concrete urban environments, most experts all over the world encourage native tree plantation due to the ability of indigenous trees to consume less water, evolve in accordance to local temperatures and provide nesting grounds for migrating birds.

World Wide Fund for Nature (WWF) in collaboration with various governmental departments began a plantation drive on August 14, 2018 that aimed to plant 1.4 million trees by Independence Day in 2019. The Rung Do Pakistan tree plantation drive encourages individual action to plant trees in cities and villages across the country. The project focuses on planting only indigenous trees, which provide shelter to various birds and insect species and benefit local ecosystems as well.

Undoubtedly, planting trees is always good for the environment. However, the kind of trees being planted is also important. The choices must be considered carefully before carrying out massive plantation drives. While planting a few foreign species to brighten up a grey urban atmosphere might appear to be a good idea, introducing an alien species into a developed ecosystem can be extremely detrimental to the environment in the long run.

With the Rang Do Pakistan project coming to an end this month, we must all concentrate our efforts towards planting as many indigenous trees as possible to make up for the decades of deforestation in order to support our delicately balanced ecosystem.

For the love of indigenous trees