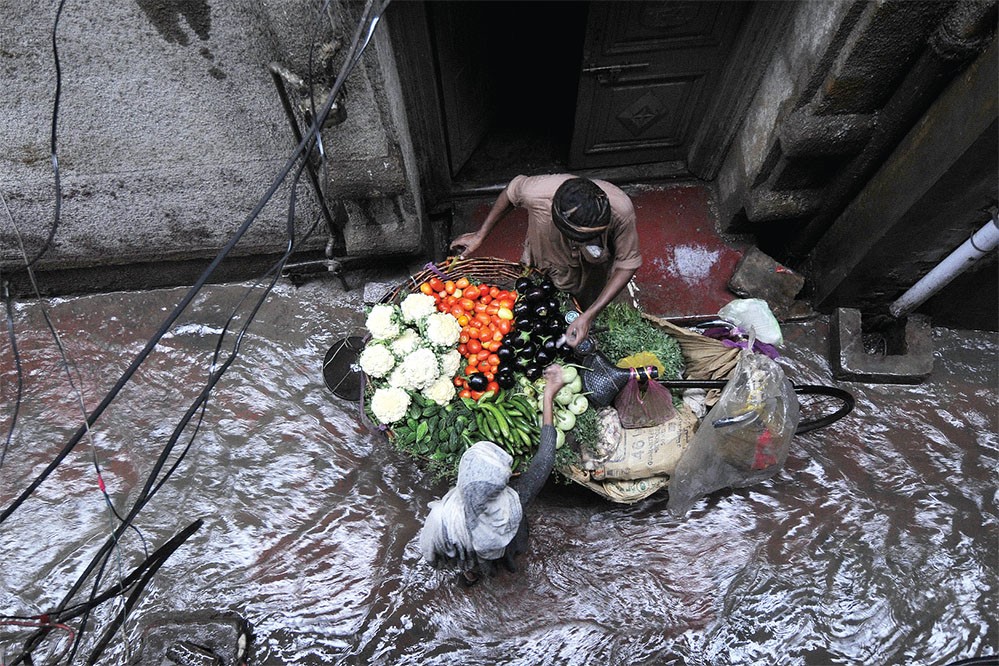 On July 14, 2019, 7-year-old Abdullah, a resident of Ghazi factory area, died from an electric shock. He had been playing in the street, where water had accumulated after a heavy downpour. The electric current through the water claimed his life.

There are several electric poles in the street and high tension wires were hanging from these poles. It is suspected that a loose or naked wire, having come in contact with water or an immersed pole allowed electric current to pass through. Neighbours came around and removed Abdullah’s body. They chanted slogans against the state and LESCO for failing to protect citizens’ lives.

The boy’s only fault was that he wanted to play in the street during the rainy season. Living in small houses, children like Abdullah have no option but to play in open areas.

Injuries and deaths due to electric shocks are a frequent occurrence especially during the rainy season. Not all such accidents take place in the street. Such incidents can happen at home as well. The oft-repeated official explanation is that water seepage in the electricity distribution network is a major cause. In addition to this, people’s carelessness in handling electrical equipment, poles, and wires can also lead to such incidents.

Monsoons in Lahore bring misery almost every year in the form of casualties and injuries due to roof collapses, caving in of floors and electrocution. According to data shared by Rescue Emergency Services 1122 with TNS, from July 1 to July 26, 129 incidents of electric shock were reported. There were 103 victims - 88 males and 15 females. Of these, 33 were given first aid, 64 were shifted to hospital and six did not survive.

Given that monsoon rains arrive every year, the question is why can fatal accidents like these not avoided? Why are citizens not safe yet from injury and death caused by electric installations during the season?

Imran Afzal, LESCO PRO concedes that adequate precautionary measures are not taken to avoid such incidents. When the rainy season approaches, he says that "we [LESCO] advise people to stay away from electric poles". Electric poles can be dangerous for anyone who touches them and the chances of poles carrying electric current increase during rains.

"LESCO is covering wires with plastic pipes to insulate them. In some cases, we are shifting wires underground as another preventive step; but this is difficult in congested areas because of haphazard constructed houses, narrow streets, and underground sewerage and gas pipelines. Such safety concerns are best addressed in housing schemes during the planning phase," he states.

Afzal says that incidents of electric shocks mostly take place in old localities and congested areas; whereas there is hardly such a report from Defense Housing Authority, EME Housing Scheme, Bahria Town, or Eden Garden where the wiring is underground.

He explains that people living in congested areas are at a higher risk when they construct multi-storey buildings with rooftops too close to high-tensions wires.

"Women die when try to lift washed clothes hanging on ropes for drying, with the help of metal rods. The risk is even greater in rainy season in the presence of stronger magnetic field around the high-tension wires," he says.

Farooq Butt, an office-bearer of LESCO labour union, stresses the need for taking preventive steps quickly because negligence has already claimed many lives. "Workers employed by electricity supply companies are at a higher risk as they have to work on wire and poles even during rains," he says.

Butt says that when a death occurs due to an electric shock from the outdoor distribution network, the XENs and the Sub Divisional Officers (SDOs) of the concerned areas are also nominated in FIRs.

"Such incidents," he says "can be avoided by fixing poles made of wood - a tree or its branches can also suffice - as electricity cannot pass through wood".

He shares the example of Libya where the poles are wooden.

"Why can’t this happen here?" he asks.

Butt admits that arranging funds for such projects is a tall order, but argues that the government can spend a percentage of the revenue earned from a particular area in the electricity distribution infrastructure there.

Farooq Ahmed, the spokesman Rescue Services, Punjab says that, " We have trained around 100,000 citizens so far on giving first aid and emergency treatment like CPR to patients in Lahore".

He says any citizen who wants to benefit from this training can get it by visiting any of the 22 Rescue 1122 centres in Lahore. This is useful because sometimes it is very difficult for the Rescue 122 to reach the place of incident in time. During the rainy season, it is also difficult for their vehicles to wade through water on the streets.

"For victims of electric shocks, early treatment is critical", he says.

In such a situation, his advice is to immediately shift victims to a place where they can breathe easily.

"If the heart is not working properly, stimulate it by pressing the chest to stimulate beating, otherwise the victim will expire within the next eight minutes," he says.

He adds that victims must not be given milk or oily foods.

A LESCO linesman told TNS on the condition of anonymity that he and his colleagues were at high risk of electric shock because they were often forced to work on main wires during the rainy season. The pressure comes from seniors, local politicians, and even lay citizens who want electricity faults to be removed without any delay.

"This is dangerous because we are not given quality protective gear," he complains.

He says that the electricity supply is discontinued sometimes to save people from the risk of electric shock, and other issues caused by short-circuiting, sparking but people are not ready to listen to this argument. "Sometimes accidents also occur because untrained people try to fix things themselves during rains because it is difficult from them to go out looking for professional electricians".