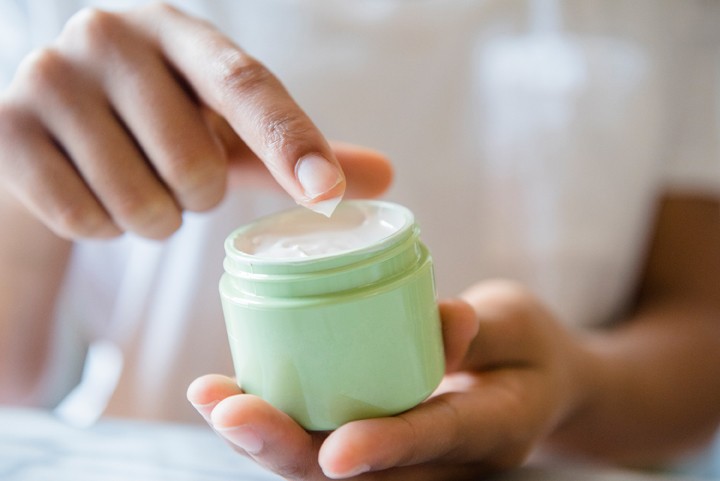 In 1956, a small fishing village called Minamata in Japan gained traction for one of the worst recorded cases of methylmercury poisoning. This left at least 900 dead and thousands grievously ill. Shortly after this, the United Nations Envirnoment Programme (UNEP) was established, and the adverse effects of mercury and mercury compound became well-known. In 2003, the General Council concluded that the global impacts of mercury on human and environmental health were in need of curtailment. In 2013, 140 countries had ratified the Minamata Convention on Mercury, including Pakistan. In a Karachi workshop on the Convention in 2017, it was agreed that the provisions within the treaty regarding the regulation and disposal of mercury must be implemented.

According to the World Health Organisation (WHO), mercury is regarded as "one of the top ten chemicals or groups of chemicals of major public health concern".  Mercury is known to have severe "toxic effects on the nervous, digestive and immune systems, and on lungs, kidneys, skin and eyes." Experts worldwide note that "exposure to mercury, even in small amounts may cause serious health problems".

While mercury is a natural chemical created in the crust of the Earth’s layer, its presence and effects are exacerbated by human activity such as the burning of coal and mining for gold. However, mercury is also widely used in the production of certain products such as thermometers, dental fillings, jewellery - and skin-whitening creams.

In Pakistan, where the skin-whitening cream industry is a multi-million dollar enterprise, it wouldn’t be wrong to wonder how much damage these beauty products cause to their predominantly young female consumers. Unfortunately little research has been conducted on the presence of mercury in Pakistan, even less on its composition within a fairness cream. However in 2017, an astounding study conducted by Sustainable Development Policy Institute (SDPI) tested the levels of mercury found in 20 whitening creams available in the free market. Their conclusions and results were devastating, recommending an immediate ban on all products which contained more than 1 ppm of mercury compound.

Dr Syed Ali Hasnain Kazmi, skin specialist who has his practice in Model Town, Lahore notes "the colour of our skin is determined by the amount of melanin [hormone] produced. Brown people we have an average quantity of it, caucasians have little or none and people of darker skin have the most of it. Mercury is a hard chemical, which doesn’t bleach the pigments in your skin, rather deletes them, thereby interfering with the amount of melanin your body naturally produces. It is a toxic chemical. Its deadliest property is that it damages nerves and messes with neurological functioning".

According to the Wazir, "The ministry will take up this matter and issue notices to the companies for producing such harmful beauty creams and items explicitly posing serious health complications and even cancer."

"Women have been ignoring the adverse effects of whitening creams in favour of being fair, due to the societal stigma that darker skin shades are associated with. The sub-continental age old envy and expectation of white skin has propelled many young women to forgo their health for the sake of beauty", Dr Kazmi explains.

The results provided by the ministry and SDPI show that out of the 56 products deemed unacceptable; 16 were international and 39 were local.

Unfortunately, while this might seem like ground breaking research; the effects of mercury on skin have been prevalent since the usage of these creams. Dr Kazmi notes that most patients who show symptoms of "excessive facial hair, redness and thinning of skin; have usually been using whitening creams for a significant period of time. And in some extreme cases they push their skins to what we call the point of no return."

"Women have been ignoring the adverse effects of whitening creams in favour of being fair, due to the societal stigma that darker skin shades are associated with. The sub-continental age old envy and expectation of white skin has propelled many young women to forgo their health for the sake of beauty", Dr Kazmi explains.

Sabiha, a 27 year-old mother of two, fervently applies foundation before going for coffee with her friends. At first, she might just look like someone who enjoys that extra layer of makeup. However, she admits, "If I hadn’t ruined my skin this past decade, I don’t think this would be necessary." From the age of 15, she had been instructed by her elder sisters to use skin whitening creams; twice a day. "It was obsessive [almost]; I used to rub it on like it was my only hope of ever being beautiful, ever finding a man and having a family."

When she first started using these creams, Sabiha says, she was thrilled. "There was always some relative or prospective marriage proposal commenting on my skin tone - pyaari hai par kaali hai - was the hashtag people ascribed to me". A year into applying an international topical cream, her skin began to peel, break out and appear patchy. "I still ignored it - pimples can be popped, patches can be covered, and peeling skin can just be peeled off, I kept telling myself."

But before long, she began experiencing severe irritation, burning sensations and developed pockmarks. When a dermatologist advised her to stop using the creams, Sabiha’s family, worried about her marriage, insisted she undergo facial whitening injections, despite financial restraints. "That was another disaster, while my skin was visibly lighter in places, it became even more uneven and the dark patches became darker."

Since then, Sabiha has relied heavily on beauty products to cover up. "Apart from the physical pain, I think it made me depressed.

"It was my face you know! I was always anxious about meeting anyone. When I was around people, I’d constantly touch my face, wonder what they thought. It was just stupid you know - the amount of pressure I took upon myself in changing something, that is impossible to change."

She smiles at her infant daughter nestled comfortably in her arms, "I can tell you this; nobody will ever tell my daughter she’s too dark for anything."

Not many people, however share Sabiha’s new found acceptance of dark skin. Pakistan’s fixation on the lightness of skin is an ancient dilemma. Radhika Parameswaran, the Chair of the Journalism School in University of Indiana, Bloomington has produced a volume of work on the issue of gender and colourism in India. According to her, colourism (not to be confused with racism) is when individuals, especially women, are subjected to discrimination on the basis of skin colour within the same race, nation, family and community. Many speculate that the subcontinent’s conquest by light-skinned invaders such as the Aryans, Mongols and British laid foundation for this inequality and discrimination. This ideal of beauty and superiority has been perpetuated throughout history. Foreign conquerors would marry the fairest of a local Maharaja’s daughters, Indians with lighter shades were given preference for jobs in the British Empire and even the Hindu caste system.

For centuries, this complex was sustained through herbals remedies such as ubtan, milk and turmeric. However the advent of the 20th century and mass industrialisation brought jars of whitening creams that were quickly mass produced to bring "instant" and "speedy" fairness. Market studies conducted in Pakistan show that whitening creams, are bought by women across the spectrum of income, class and age.

Such a large consumer base attracted local and international brands to provide a wide array of products at varying prices. Apart from a booming whitening industry making millions; the beauty parlour industry also profits handsomely from the provision of whitening treatments and facials.

A visit to three beauty salons in DHA Lahore revealed that approximately 25 percent of all services provided each day contained some form of whitening such as polisher, bleach and facial creams. "The interesting thing is that women who are fair get the same amount of whitening treatments as much as those who are darker - usually they are most scared to turn dark", noted a beautician.

Similarly a beauty saleswoman in Lahore stated that "once you start using a skin whitening cream, you can never stop."

Another beauty salesman at Al-Fatah commented that "people, mostly women, buy these creams with their monthly groceries in bulk just as they buy tea and sugar."

This shows that the desire for fairness doesn’t just have a wistful aspiratory value for darker women, but also a paranoia of sustaining for fair women. Which is ideal for a profit maximizing cooperation, who enjoys consistent sales to a consumer base that is larger than their product’s target audience.

Alongside medical ailments, these products and their marketing strategies are exploiting and promoting some of the most oppressive stereotypes in Pakistan. An ad for a fairness cream has a predictable pattern. There is always a girl; dark skinned and under-confidant who has a secret dream, whether to star in a school play or become a cricket commentator. She is unable to achieve said dream due to her complexion.

When asked what he thinks of such products, Dr Kazmi implores, "Whitening is the worst word. It is a bad word and shouldn’t be used. Every girl, almost every girl, whether from a small town or large city who comes to me, is asking about it, or for a way to achieve it". Despite (relatively) newly raised voices such as Nanditi Das’s "brown is beautiful" in India and the rise of many dark-skinned beauty and entertainment icons such as Sanam Saeed and Amina Sheikh in Pakistan; moving past the ‘basis of colour’ is still a pipe-dream.

While it is important for the government to conduct research in order to regulate the consumption of mercury; it isn’t particularly cynical to assume that not many attitudes will change.  This is evident in the fact, that the action being taken against such companies is not by product regulation, consumer protection, the Ministry of Health or women’s rights groups; rather by the ministry of Climate Change. Moreover, while mercury is considered a toxic chemical, the amount of steroids used in topical creams, which is equally harmful for skin has not been questioned. Underscoring the feminist concern; that women’s health and rights are auxiliary areas that are mostly stumbled upon, rather than concentrated on.